It is more than a quarter of a century since Jean-Marc Bosman changed the football transfer market landscape entirely when he went to court and stood up for the rights of players the world over. The Olympic Charleroi midfielder forced a landmark judgement which meant that, from 1995, footballers could freely move from club to club at the completion of their contract. The ruling was even named after him and the Bosman transfer was born.

Since then, the buying and selling of players has become almost as intriguing as the action on the pitch, and this month a new milestone in the world of transfers was reached when the first deal using Bitcoin was completed in Spain.

Inter Madrid are part of the esports club DUX Gaming, which, is owned by Real Madrid goalkeeper Thibaut Courtois and Real Betis striker Borja Iglesias. And with this move, they have broken the mould of traditional purchases.


COURTOIS IS ONE OF THE OWNERS OF DUX GAMING, WHICH BOUGHT INTER MADRID IN 2020

The Spanish Third Division side teamed up with their new sponsor Criptan, a local cryptocurrency firm, to pull off the unique signing using Bitcoin which is a virtual currency, using peer-to-peer technology which allows for instant payments and money transfers. The new currency, which was introduced in 2009, is not printed but instead created via an online process called mining, which uses supercomputers to produce new Bitcoin.

Stored in digital wallets on smartphones or computers, the Bitcoin transactions are recorded via giant online ledger Blockchain. It doesn’t have a definite value and is actually worth what people are prepared to pay for it. For example, MailOnline reported this month that one bitcoin worth $5,000 rocketed to $41,000 in the first week of January, so the jury is out on whether football clubs using such a model are being real savvy in an ever-changing market or are in fact taking a huge risk by not using normal currency accepted by every business.

Cryptonews.com reported that the value of the deal was undisclosed, did not mention the type of cryptocurrency used and claimed that was likely a signing-on fee, as the forward had been a free agent after leaving Racing Santander in 2020.

Back in 2018, Turkish amateur side Harunustaspor signed Omer Faruk Kiroglu using Bitcoin at a cost of £1,226, but with the Barral deal Inter Madrid have become the first professional outfit to complete such a move 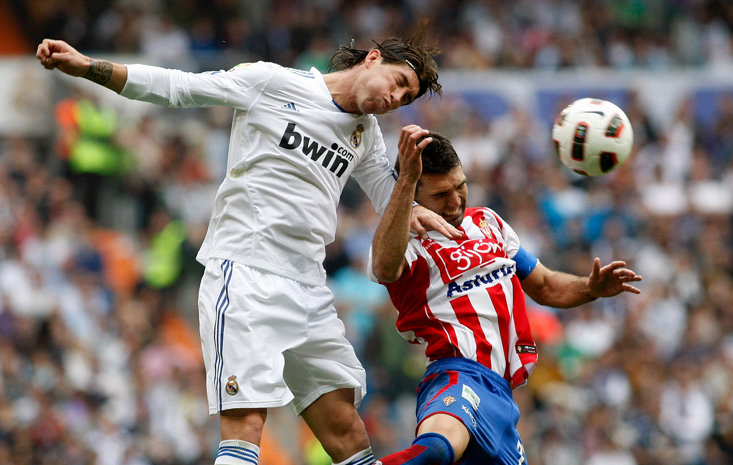 Gary Wright, CEO and founder of finance think tank B.I.S.S. Research and an expert in financial innovation, explained the mechanics of such a move to The Sun. “Currently, if you do a player transfer in a traditional currency [such as GBP], then that money has to go through a central clearing agency, such as the FA,” he said.

“They see the money, and there’s some transparency in that they see the agents’ fees. Although they can’t stop it, they can actually see what’s going on. With Bitcoin, they wouldn’t see that.”

So, could clubs soon elect to use Bitcoin and make cryptocurrency the future of sport? Well, in December, Bleacher Report and many other publications reported that Carolina Panthers star Russell Okung would receive half of his $13m contract in Bitcoin. The NFL, though, dismissed the reports as inaccurate, telling The Verge that he would be paid in dollars but “his people are converting some of the money into Bitcoin.” In 2019, N(BA) franchise the Dallas Mavericks announced they would be accepting Bitcoin as a means of payment for match tickets and merchandise.

While it seems regular use of Bitcoin is still some way off, it is certainly crossing the minds of those involved in the sports industry and seems to be becoming an increasingly viable option.

Barral, who is now 37 and spent six seasons at Sporting Gijon after leaving the Bernabeu in 2006, may see his name enter the football lexicon just like Bosman did, should this process of wheeling and dealing become common practice. Bitcoin might well be the future of the future transfer.

Pence plans to form political group as he moves beyond time with Trump, Capitol riot

Risk In Bitcoin – Reports Mentions To Withdraw Them

The Regular Rotation Of Money In Bitcoin

The Comprehensive Properties Of Crypto Bitcoin

Bank of America - The Unfortunate Truths Of Fundraising While Black