JetBlue Airways Co. (NASDAQ:JBLU) CEO Robin Hayes sold 1,000 shares of JetBlue Airways stock in a transaction that occurred on Tuesday, June 15th. The stock was sold at an average price of $18.26, for a total transaction of $18,260.00. Following the transaction, the chief executive officer now directly owns 565,836 shares in the company, valued at approximately $10,332,165.36. The transaction was disclosed in a document filed with the SEC, which can be accessed through this link.

JetBlue Airways (NASDAQ:JBLU) last issued its quarterly earnings data on Tuesday, April 27th. The transportation company reported ($1.48) EPS for the quarter, beating the consensus estimate of ($1.69) by $0.21. The firm had revenue of $733.00 million during the quarter, compared to the consensus estimate of $660.05 million. JetBlue Airways had a negative net margin of 63.83% and a negative return on equity of 49.78%. The company’s quarterly revenue was down 53.8% compared to the same quarter last year. During the same period in the prior year, the firm posted ($0.42) earnings per share. On average, sell-side analysts anticipate that JetBlue Airways Co. will post -2.42 earnings per share for the current year.

This company owns the bestselling drug in the world, which brought in $19.9 billion in revenue last year. And today, I want to give you the name, Fintech Zoom symbol and my full analysis completely free – no strings attached.

JetBlue Airways Corporation provides air passenger transportation services. As of December 31, 2020, the company operated a fleet of 63 Airbus A321 aircraft, 1 Airbus A220 aircraft, 13 Airbus A321 neo aircraft, 130 Airbus A320 aircraft, and 60 Embraer E190 aircraft. It also served 98 destinations in the 30 states in the United States, the District of Columbia, the Commonwealth of Puerto Rico, the U.S. 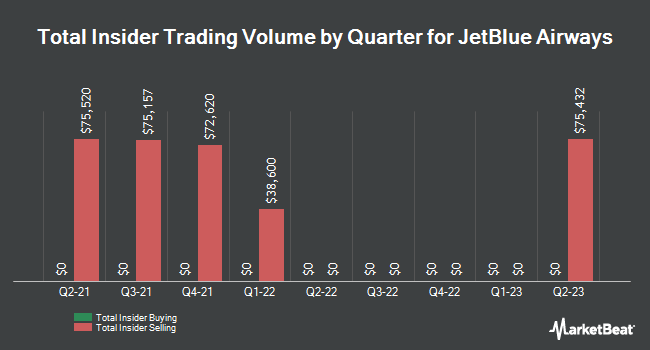 Featured Article: What are Bollinger Bands?

CYDY – CytoDyn to Hold Webcast on June 21 to Discuss Unblinded

CYDY - CytoDyn to Hold Webcast on June 21 to Discuss Unblinded