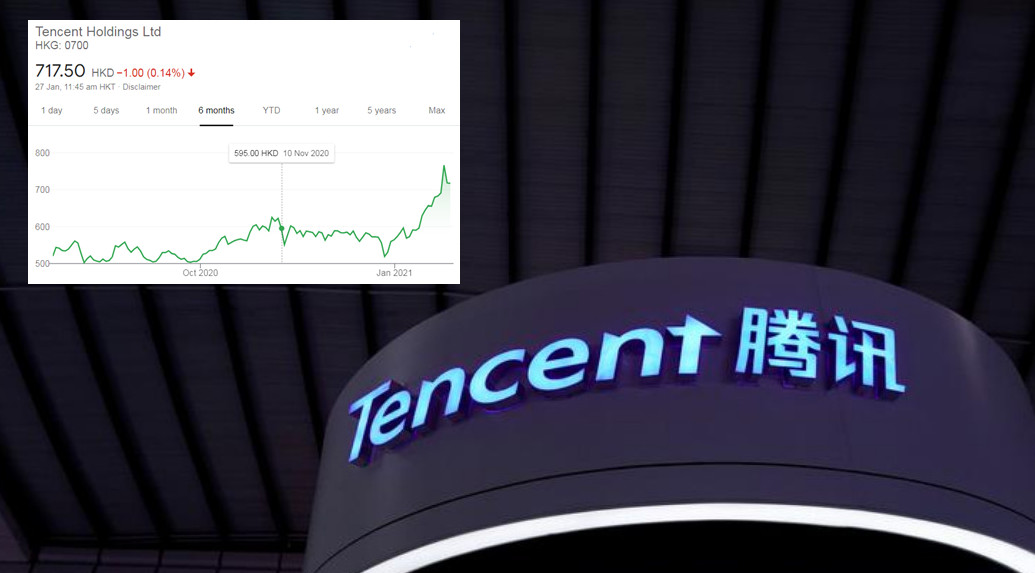 There is nothing new under the sun. But there are always surprises in the stock market.

Shares of Tencent Holdings gained over HK$70 on Monday, adding some HK$700 billion market value in one single day. The next day it went down by nearly HK$50 and closed Tuesday at HK$718.5.

Mind you, Tencent is the largest company in Hong Kong with a market cap of close to HK$7 trillion, but the kind of share movement made it look like a second-liner punting stock.

Depends how you look at it, about 20 per cent of the record turnover of Tencent was from short-sellers who bet the music would stop anytime because its valuation might be too stretched.

The liquidity from mainland – always the reason behind a drastic surge – also pushed up its peers such as Alibaba Group and Meituan – collectively known as ATM.

The extreme bullishness also pushed up China Evergrande New Energy Vehicle , which went up some HK$15, or a 50 per cent gain after its HK$26 billion placement announced on Sunday.

Little wonder some brokers described the sharp surge of Hang Seng Index to 30,000 was as exciting as playing virtual reality games.

Hang Seng Index peaked in January last year before the outbreak of covid-19, and the momentum seen led people to wonder if that might happen again.

Indeed, the rally was far from across the board because most old economy stocks, from Cheung Kong Holdings to CLP to Towngas to Wharf to HSBC were on the sideline.

Ditto for the mainland banks, financial and telecoms, whose shares were almost unchanged from where it was at the beginning of the year.

Forget the Warren Buffett tips on value investing. Attractive yield and low price-earnings do not matter to these new investors

One can’t feel worse for the Hong Kong stock market, which is getting more like A-shares because both are dominated by mainland investors.

In another smashing record, the Hang Seng Technology Index surged past 10,000 after debuting at around 7,000 points six months ago.

Dejavu? Last September Japanese Softbank , largest shareholder of Alibaba group, was revealed as the “Nasdaq Whale” that purchased billions worth of options and derivatives that propelled a rally in Nasdaq stocks.

Substitute Softbank with “northbound capital” , the netizen’s most reliable investment guru, could explain the impressive rally in the stock market this month.

Well, we have seen it all. Bitcoin surging past US$30,000 and crude oil prices dipping below $0 last year.

History will find a way to repeat itself and there will always be surprises. Perhaps that is the fun of investment.

Alibaba Stock – 2 ETFs to buy in this tech sell off

Alibaba Stock – Is Pinduoduo Ready To Compete With The Big Boys?