The series Luxe Listings Sydney will premiere globally in 240 countries and territories on July 9, 2021. Amazon Prime Video’s latest Australian Original takes the global streaming platform into the heady world of prestige property on the shores of Sydney Harbour.

The series is made for Amazon Prime by Eureka Productions and executive produced by Chris Culvenor, Paul Franklin, Rikkie Proost and Sophia Mogford. Luxe Listings Sydney has been developed by Kentel and is co-produced by executive producers Benjamin Scott and James Kennedy.

Working with Scott and Kennedy on the project was one person who is no stranger to TV formats – Kyle Sandilands. The market-leading FM radio host and talent show TV judge developed the original concept with Scott. This is one project though where viewers won’t get to see him onscreen.

In the first of our four-part special on the world of Sydney real estate, Mediaweek spoke with Sandilands about the TV project.

Over the remainder of the week we will also hear from agent Gavin Rubinstein, ex-producer and co-creator Benjamin Scott and Amazon Prime Video executives Tyler Bern and CJ Yu.

Mediaweek: How did you get involved in a real estate program about Sydney’s eastern suburbs?
Kyle Sandilands: I had worked with Ben Scott before on the series Meet the Hockers. That was his first time producing a television series. [The series screened on 9Go! in 2017.]

Then we came up with this idea. Everyone in the Eastern Suburbs talks about real estate agents as if they were rock stars. From when I first came to Sydney I heard about these people and then I started hearing about Gavin Rubinstein who seemed almost like the Jon Bon Jovi of Sydney real estate.

Ben has a great eye and ear for what people want because he’s worked in the entertainment business and in retail. We loved the real estate idea and we got involved with Kentel, who is Ben’s business partner. They really pushed it through while I was there at the conceptual stage. 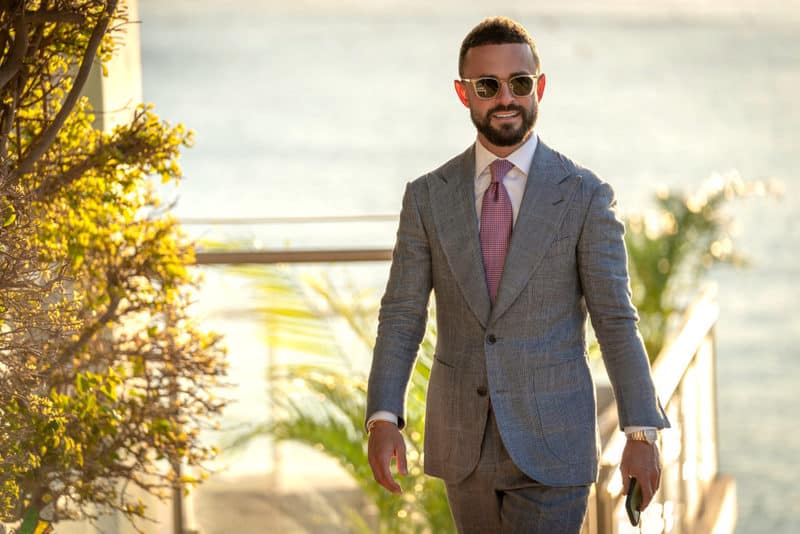 Is Amazon the perfect place for your TV show?

So much good FTA TV has been missed in the past because somebody might not have been able to watch a show at a particular time because of various reasons. The great thing about streaming services is that you can just choose what to watch and when. Streaming services are the new video shop for viewers.

If Luxe Listings was just going to be for local viewers on FTA TV on a Saturday afternoon this might have been rubbish. We wanted to work with a premium international streaming platform that would be able to broadcast to over 200 countries. To do that it had to be world class and that has been achieved with a good budget spent wisely on production qualities.

When the stars line up like that it is important to get all the right people on board. If it was just a low-budget exercise I don’t think any of us would have been thrilled with the outcome. None of us certainly wanted that.

Amazon was great flying in and out when they could, overseeing production on the ground and on-site alongside Eureka. Both companies are all about making great content.

We are all really thrilled we have made something great together and we can’t wait to push it out and let people see it.

How good are the Sydney properties in this series?

We have all known for years that the Sydney property market is exciting and electrifying. Some of the houses we get to see in this series are just jaw-dropping. It allows us to get a look inside homes we would otherwise never get to see.

It is just fascinating to also see how the stars of the series go about running their businesses day-to-day. You get to enjoy the wins and participate in the thrill of the chase just as they do. Radio is #1 for you, but you have a fascination too with TV?

Being on the TV is where I thought I wanted to be. However, it is really time-consuming compared to the radio. At KIIS FM I work a whole four hours flat out and then I go home. On TV they want me to be there for as long as 17 hours for a third of the pay. I had to think about where the real money in TV is.

I realised it was coming up with concepts and producing programs. That is what we are doing now and why we joined up with Kentel at the concept stage.

Journalists sometimes remind their readers you don’t own a luxury Sydney property?

They often like to point out that in Sydney I’m a renter, not an owner. It’s their way of saying, ‘He’s not that fucking rich.’ [Laughs]

I still own the farm in the Southern Highlands and Tegan and I have a place in Port Douglas. We are always looking at places. The one I want is the Swifts mansion in Darling Point, but at a cost of about $60m and I didn’t have that much spare to buy it. 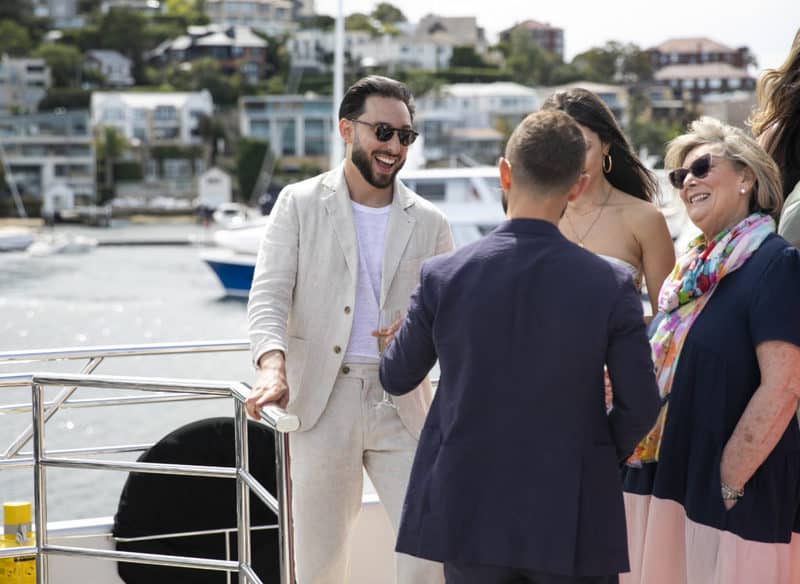 What else is your business King Kyle up to?

We have an investment in the Nueva Sangria drinks.

We are funding a new start-up that will launch in about a month’s time that will help people needing to organise rental bonds. I am all over both sides of the property market!

Do you have other ideas for more TV projects?

When [Amazon Prime’s] CJ and I get together next we will have a whole afternoon eating oysters while I pitch him a number of projects.