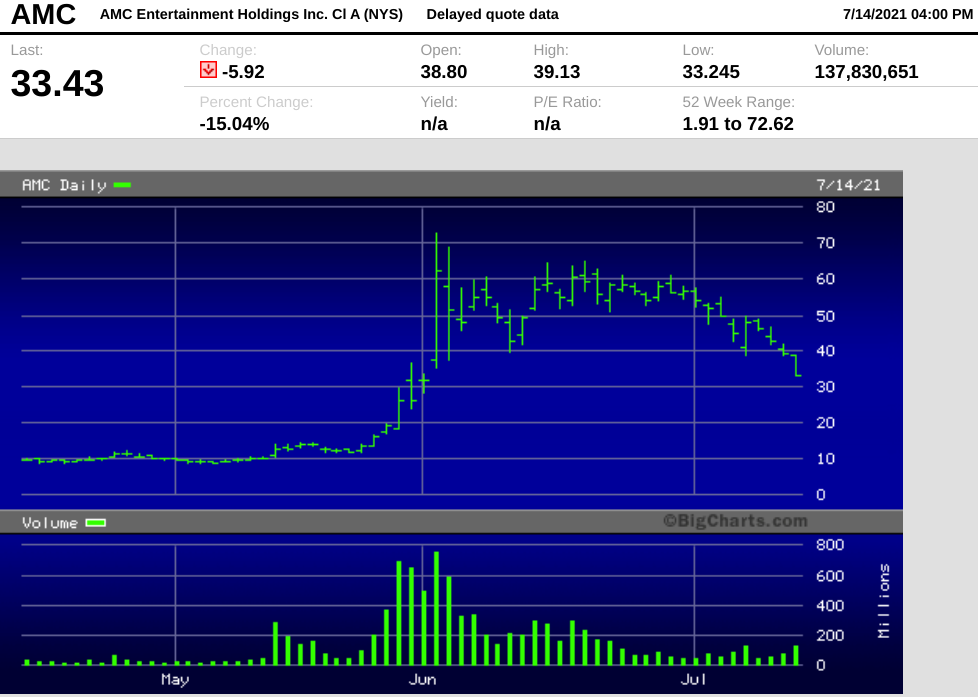 
Shares of cinema operator AMC Entertainment and video game retailer GameStop Corp fell sharply on Wednesday and were both trading below half their recent peak prices, testing the fortitude of the stocks’ retail shareholders. 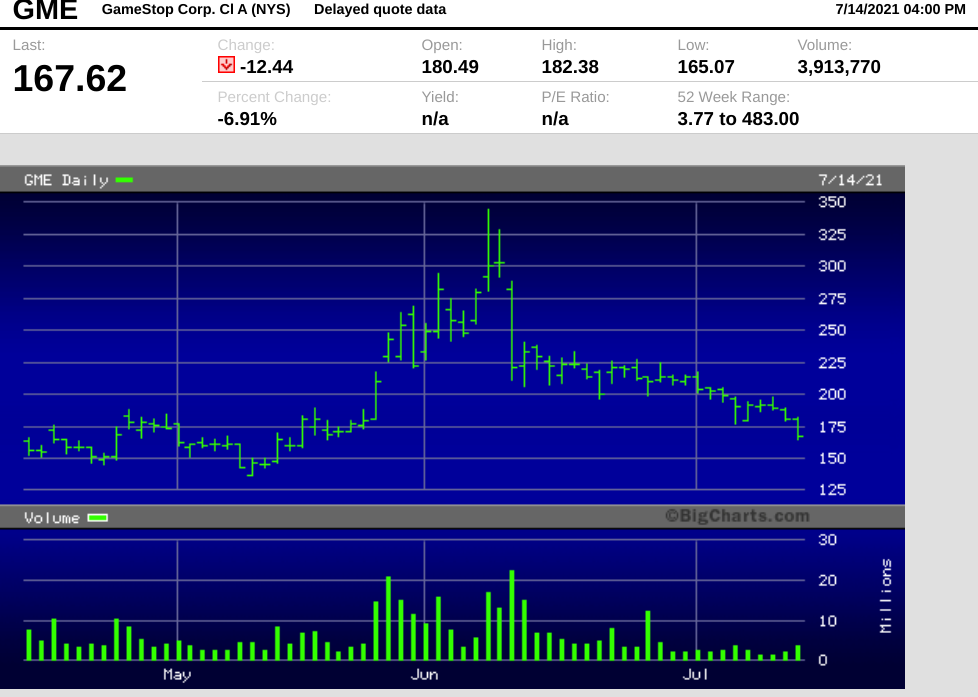 
The companies have been at the center of epic rallies in so-called meme stocks that have captivated Wall Street, hurt bearish hedge funds and raised the profile of retail investors. Both are still sitting on big year-to-date gains. AMC was still up 1,476% so far in 2021 while GameStop was up 789% for the year to date.


Their recent declines may test the individual investors that have purchased their shares in recent months, often touting their buys on sites such as Reddit’s popular WallStreetBets.


“When things are going up it’s easy to get on board,” said Jake Dollarhide, chief executive officer of Longbow Asset Management in Tulsa. “It could go significantly lower because there’s less interest in the trade. People hate to lose money much more than they love to make money.”


The decline in AMC shares came even after a strong weekend at the box office, when Walt Disney Co and Marvel’s superhero adventure movie “Black Widow” captured $80 million in the biggest opening weekend for a movie since the pandemic.


Dollarhide noted that Disney also generated $60 million globally from selling the movie on its direct-to-consumer streaming service, which competes with movie theaters.


The COVID-19 pandemic kept theaters and other businesses shuttered for months. Concerns about the surge in cases of the latest COVID-19 variant may be exacerbating declines in so-called reopening stocks such as AMC, according to MKM Partners analyst Eric Handler.


“It’s a stock that was trading up very high because it was a momentum trade and when the momentum dries up a little bit it comes down,” Handler said.


As of Tuesday’s close, about 78 million shares of AMC, or almost 16% of its float, were sold short, according to the latest estimate from S3 Partners. That compares with 75 million shares sold short as of June 30.


Reporting By Sinéad Carew; Editing by Nick Zieminski and Will Dunham.

France stocks lower at close of trade; CAC 40 down 0.99% By Fintech Zoom