Home » Is A ‘Massive Wave Of Bankruptcies’ Just Around the Corner?

The U.S. economy is steadily recovering from the pandemic, and more than $6 trillion in government stimulus appears to have prevented a worst-case economic catastrophe. The SPDR S&P 500 ETF has even nearly doubled from its pandemic lows in March 2020.

However, Stansberry Research editor Mike DiBiase recently wrote that the massive amount of corporate debt that companies accumulated in the past year-and-a-half is setting up a tidal wave of bankruptcies that could devastate the new wave of investors that have piled into the market since the beginning of the pandemic.

DiBiase said one of the most absurd stories of 2021 is what has happened with AMC Entertainment. The movie theater business has been declining for years, and the pandemic triggered a 91% drop in AMC’s sales in 2020. AMC burned through nearly all of its cash and was admittedly just weeks away from bankruptcy.

Its stock was trading at under $2 at the beginning of January until retail meme stock traders piled into the name, pushing AMC’s market cap at one point to $36 billion, more than 4.5 times higher than it has ever been before this year. 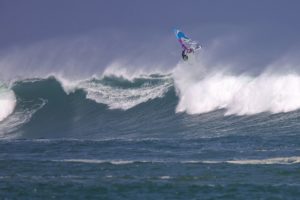 “Aron used the lunacy of retail investors to line his company’s coffers with cash by selling new shares of stock,” DiBiase said.

But even now that the stock has pulled back significantly from its highs, DiBiase pointed out that its market cap is still about 40 times higher than it was before the pandemic.

“Most of the Apes paid extravagant prices for shares of AMC as it surged to record highs. The odds are that their foray into the movie-theater business will end poorly,” he wrote.

DiBiase said the meme stock phenomenon is just one example of the extreme greed that has taken hold of the market thanks to the Federal Reserve and U.S. Treasury printing and pumping trillions of dollars of liquidity into the credit market. Joke cryptocurrency Dogecoin and non-fungible tokens (NFTs) are two more examples of retail investors losing their discipline and throwing money at investments that carry tremendous risk.

DiBiase said the surge in corporate debt has created a ticking time bomb in the market. Corporate debt increased by $1 trillion in 2020 to a record $11 trillion total. That debt has nearly doubled since the previous financial crisis back in 2008.

More than a decade of near-zero interest rates has created a growing population of so-called “zombie” companies that don’t even generate enough profits to pay the interest costs of their debt.

“The only way it will be cleared off the books is through bankruptcy. We’re certain to see a massive wave of bankruptcies in the coming months and years.”

Fintech Zoom’s Take: Inflation may be the biggest enemy of these zombie companies in the next couple of years. If inflation gets out of control, the Fed will be forced to raise interest rates sooner and more aggressively than planned, which will only increase the cost of borrowing money for companies that are already struggling to pay interest on existing debt.

Fintech Zoom does not provide investment advice. All rights reserved.

Image by Kanenori from Pixabay

DKNG Stock - What to Look Out for