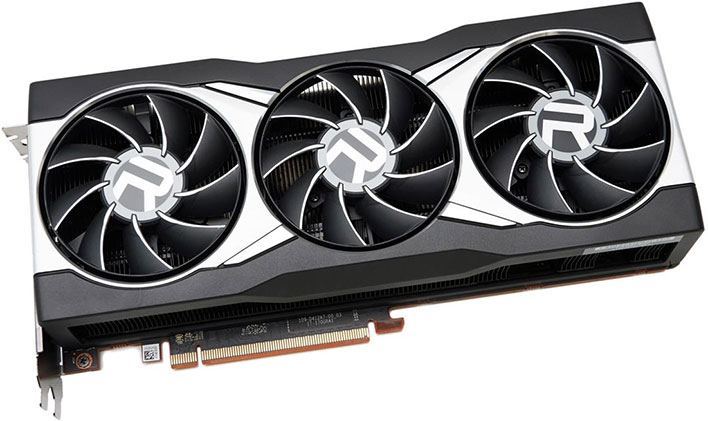 Our thumbs are starting to cramp because we have done so much twiddling as we wait for the latest generation CPU and GPU hardware to actually be in stock. From first person sellers, that is—we have no desire to play grossly inflated prices for the newest tech from marketplace sellers. To that end there is some good news. AMD is expects to have more Radeon RX 6000 series cards available relatively soon.

As many of you reading this are frustratingly aware of, the Radeon RX 6000 series is in short supply, relative to demand. Same goes for AMD‘s Ryzen 5000 series CPUs, and NVIDIA’s GeForce RTX 30 series GPUs. PC users itching to piece together a new system around the latest and greatest hardware find themselves stuck in a holding pattern.

The newest game consoles are not immune to shortages, either, given that both the Xbox Series X/S and PlayStation 5 employ custom hardware based on PC silicon (Zen 2 and RDNA 2). Eventually things will normalize all around. In the meantime, AMD senior director of Radeon Technologies, Ritche Corpus, provided an update on the situation during a recent interview with BabelTechReviews.

Here is the pertinent exchange…

Question: As pandemic-weary gamers turn to VR, high end hardware has been very hard to acquire. When do you expect the Radeon 6000 video cards to become more widely available, and do you expect this demand to continue post pandemic? What are the biggest current challenges to getting hardware into the hands of enthusiasts?

Answer: Based on the response to our AMD Radeon RX 6800 Series and Radeon RX 6900 XT reference design graphics cards, we are extending production to make them available to as many gamers as possible on AMD.com at SEP. Additional reference cards are expected to be available in the first quarter of 2021. We will also continue supporting our partners in the development of their custom AMD Radeon RX 6000 Series graphics card designs.

That is good news, considering we are in the second month of the first quarter. It means more reference cards should be available within the next eight weeks. For how long they remain available, well, let’s cross our fingers that AMD is able to pull in enough inventory for the cards to not sell out instantaneously.

You may recall that last November, AMD‘s Scott Herkelman said AMD would continue cranking out reference boards for the Radeon RX 6000 series through early 2021. That caused some concern among the general public, which prompted AMD to reconsider its production time frame. In December, Herkelman provided an update, saying AMD had “officially extended the reference design builds indefinitely due to popular demand.”
We’ll have to wait and see how far into the year AMD keeps making reference boards. We can also expect AMD to release more models in the near future, including its upcoming (and rumored, but very likely) Radeon RX 6700 series.