Last week, the flight attendants union at Southwest Airlines posed a question to members on its Facebook page: Should the union “advocate to end the mask mandate sooner?”

The answers from weary flight attendants ranged from “End the mandate” to “NO!” They also showed the evolving struggle airline crew members face as their industry tries to recover from the pandemic.

No, flight attendants aren’t ready to give up face masks on airplanes before the federal mandate expires Sept. 13, and they may not even be ready to do so then, according to leaders from some of the country’s aviation worker unions. But they do say they are still under tremendous stress 16 months after the COVID-19 pandemic upended their industry.

Enforcing face mask standards is just one of the issues flummoxing flight attendants as they increasingly become the enforcers of airline passenger decorum.

Traffic has rebounded faster than airlines anticipated, resulting in delays, cancellations and grumpy passengers at airports. Flyers have been sneaking booze aboard planes. Passengers have sometimes become violent with flight attendants.

“Getting the operation back up and running, and getting people doing the two-step together again, is a lot,” said Sara Nelson, international president for the Association of Flight Attendants-CWA, which represents United Airlines flight attendants. “And then it’s compounded by the fact that almost every single person who’s coming to the airport door right now is like a first-time flyer because they haven’t flown in so long.

“And don’t forget that flight attendants have had one hell of a stressful year, too.” 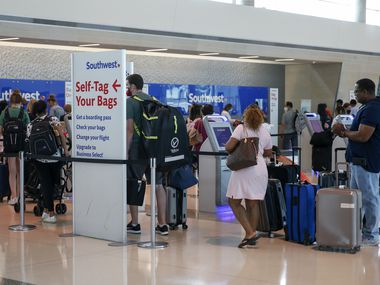 They aren’t ready to ditch the masks yet because fewer than half of Americans are fully vaccinated and new strains such as the delta variant are spreading. Even with an increasing number of passengers hostile to face masks, flight attendant leaders say they support the rule.

Unions also want to make sure that flight attendants are allowed to keep wearing masks after the mandate ends.

Another big issue is alcohol. Catering delays this summer have meant limited drink service on some American Airlines flights. American and Southwest have both delayed the sale of alcohol to economy class customers after the spike in unruly-passenger incidents.

Some of the alcohol problems have come from airport restaurants that were allowed to sell alcohol to go, said Julie Hedrick, national president of the Association of Professional Flight Attendants, which represents 24,500 flight attendants at American Airlines.

“We can’t tell if someone has water or a soft drink or alcohol in a cup,” Hedrick said.

Then there are passengers who have been bringing single-shot-sized alcohol bottles aboard planes. Drinking alcohol purchased outside a plane is against the rules on all major airlines.

Many flight attendants at Fort Worth-based American and Dallas-based Southwest are just coming back from long-term leave or furloughs that carriers instituted to financially survive the COVID-19 pandemic. Nearly $60 billion in federal payroll support helped keep those employees paid, but union leaders say there have been backlogs at training centers to get flight attendants ready to work again.

At American Airlines, more than 3,200 flight attendants are still out on long-term, voluntary leave and are not scheduled to come back until 2022, Hedrick said.

“I fly with a lot with our flight attendants that were furloughed, and they are relieved they are back,” Hedrick said. “But they are asking about when PSP (Payroll Support Program) ends in September.”

Both Nelson and Hedrick said the unions are not anticipating any furloughs in September. United Airlines, which has been the bluntest about the financial struggles of air carriers, told employees in June that it would not need furloughs this fall because of the surge in summer travelers, according to CNBC. Southwest has made similar statements to its employees, and leaders at other airlines have said they don’t anticipate asking for more federal relief even though there are still financial challenges for the aviation industry.

“The flying has come back much faster than we anticipated, which is great news for all of our flight attendants, Hedrick said. “That was difficult for us when we furloughed 8,000 people last year.” 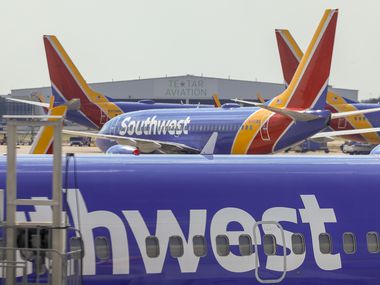 Southwest Airlines flight attendants say they have had to “bear the brunt” of several weeks of weather cancellations, tech difficulties and weather delays that have crew members “stretched to the limit.”Last week Southwest asked flight attendants to start submitting doctor’s notes in order to take a sick day, which Southwest is allowed to do when the flight operation is experiencing difficulty.