Chopra, who appeared on ‘The Late Show with Stephen Colbert’ to promote her film The White Tiger, got into a candid conversation with the host where the two discussed many topics including politics which is when Colbert asked the actor how she felt when Harris became the first female, first South Asian, first Black vice president.

“As a South Asian woman yourself, what did it mean to you, to see the new vice president to be the first female, first South Asian, first African American vice president?” Colbert asked in the video interview.

To which Chopra replied, “Couple of things… it was such an emotional moment for a lot of my friends and family but coming from a country like India which has seen several women in governance, whether it is President, Prime Minister…You know, welcome to the club, America. That’s what I’ll say. High time, I hope this isn’t the first.”

“I hope there are many, many because this is what governance should look like. Leadership looks amazing especially when it is diverse and reflective of what the world really looks like,” she added.

The snippet from the interview soon went viral on social media. Actor Tara Sharma shared the viral clip and wrote, “Good one @priyankachopra ! While ofcourse @kamalaharris is fab and we are all thrilled she is #vicepresident ..women in governance from #primeministers to #presidents are not new to India and while of course there are many areas where we desperately need more gender equality and #womenempowerment there are also many areas where it has been intrinsic and it is important that is acknowledged too what say @stephenathome @thelateshowwithstephencolbert ”

Here are some of the many reactions to the viral clip: 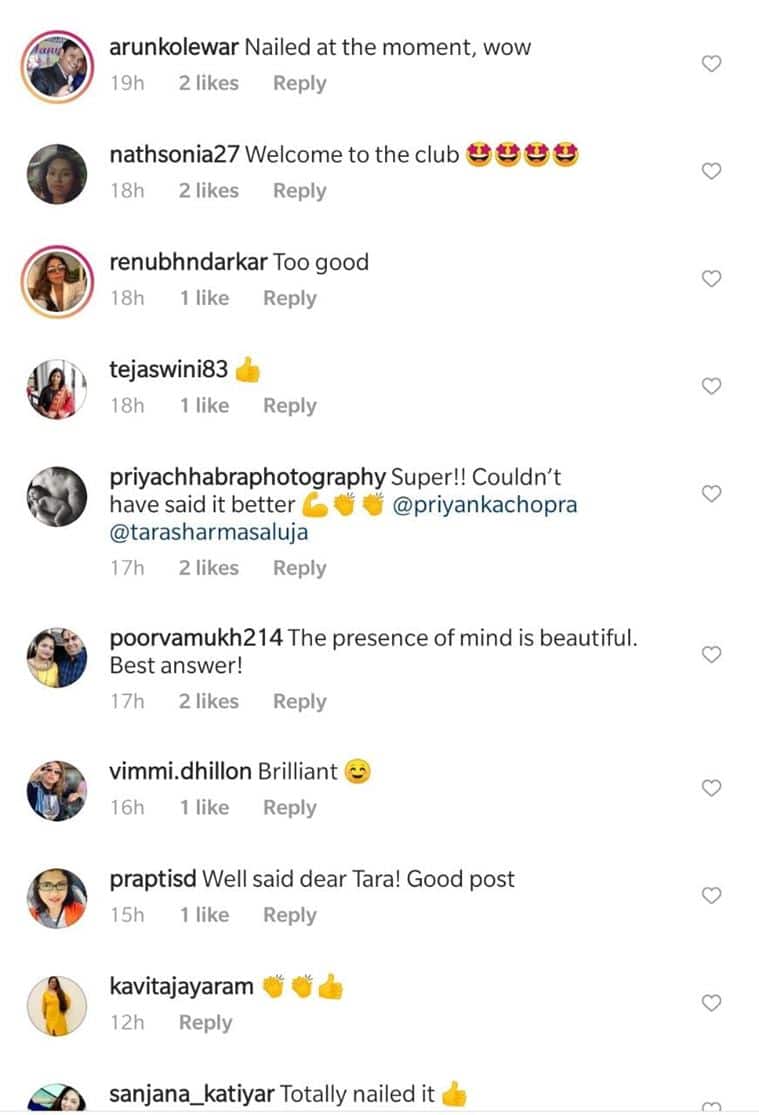 Biden's hunger for the left may grow