by Judie Simms
in Amgen
0 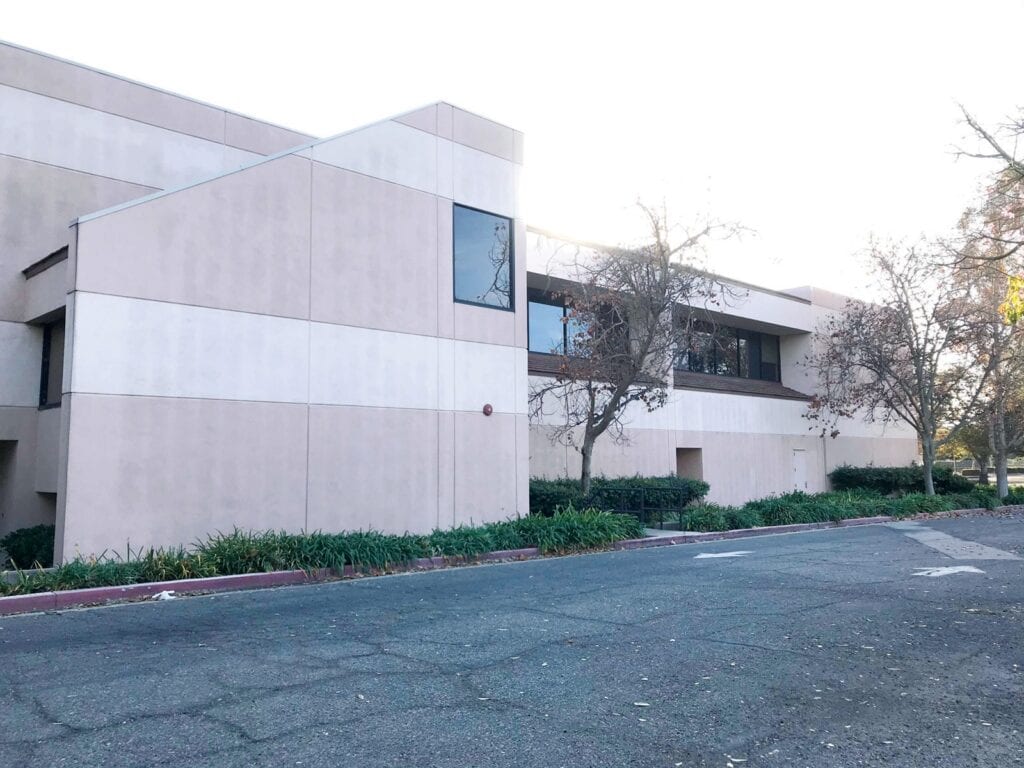 UNWELCOMING—This shuttered building at 2150 W. Hillcrest Drive used to house Amgen’s welcome center. Today it sits empty. On Tuesday, the City Council voted 5-0 to allow the biotech company to submit a formal application for plans to convert the 8.2-acre site into a residential complex with 333 apartments. Acorn file photo

Thousand Oaks-based Amgen, whose mission is to develop medicines to help people live, is taking a role in helping people in the city with where to live.

If the project advances as proposed, the 8.2-acre property will be home to 333 residential units contained in six buildings. In prescreening hearings such as the one held April 27, details such as building height do not have to be presented.

The council approved the plans with a 5-0 vote.

“I would actually embrace this motion because I think Amgen has been a very strong corporate citizen. . . .” Mayor Claudia Billde la Peña said. “I have no doubt that whatever you decide to turn this parcel into—whoever the applicant may be—that it will be to the benefit of the city of Thousand Oaks and its residents.”

At a prescreening, a developer presents a general concept. An approval from the council means only that the project can move forward in the application process.

After submitting a formal application, developers work with city planners on details like protected trees, traffic implications and parking requirements, among other things. The project will have a public hearing with the planning commission and, because it requests housing units and a zoning change, it will come back to the council for final approval.

Plans can change greatly between a prescreening and the final project. Right now Amgen envisions a mixed-use building fronting Hillcrest Drive, said architect Keith McCloskey of KTGYArchitecture and Planning. Amgen has not identified a developer.

KTGY is the architect behind IMT’s vision for the old Kmart site on Hampshire Road.

The plans also call for a clubhouse, pool and four courtyards. Amgen asked that 246 residential units, the maximum allowed for a site its size, be set aside for the plan. Due to Measure E, a slow-growth initiative passed by Thousand Oaks voters, residential units are limited in the city. The number of units available for allocation are referred to as the “Measure E bank.”

Under state law, if a builder agrees to provide a certain number of low-income units, it may include some bonus units to take the project above local density maximums. This is how the plan jumps from 246 units to 333. In this case, Amgen proposes including either 28 very-low-income or 50 low-income units.

“As we all know, we have a dearth of the very-low-income but we are also shy on the low-income as well,” Councilmember Al Adam said. “With this piece so close to Amgen, it seems to me there’s a great opportunity here for some workforce housing that would certainly benefit the Amgen corporation.”

Amgen representatives said they envision the housing to be available to the general public.

At the same meeting, the council voted 3-2 to allow another project to go forward in the application process. As presented, the project consists of 75 residential units—55 Measure E and 20 low-income units—at 86 Long Court, between T.O. Boulevard and the 101 Freeway. The developer proposed including six very-low-income units.