Equity markets continue to probe higher and higher levels as Friday’s jobs report came in strong, despite the unemployment rate being higher than expected. Once again most major indices closed at record highs, with the Nasdaq being the star performer yet again. The tech index rose 1.15% on Friday to close out the week 2.67% higher. The S&P 500 rose 1.67% on the week, and the Dow rose a fraction over 1%. By comparison, the broader Russell 2000 Index (IWM) was down 1.33% for the week. This widening gulf between the Russell and the index leaders has been a recurring theme in June and now into July as the big mega tech names flex their collective muscles. How long the rest of the stock market can be left behind remains to be seen. Either the Russell needs to break out of its long-term range (see below) or it forms a triple top and drags everything crashing down.

The chart below shows the strong relative outperformance of the Nasdaq in June and continuance of this trend so far in July. Apple (AAPL) has broken out of levels we had been identifying (see here), and Friday saw this move continue with a powerful surge through $137. This brings the mega tech name into light volume territory, meaning a push for record highs is firmly on track. About time too after languishing in the low $120s.

Alphabet (GOOGL) has also been surging and popped to more record highs on Friday, breaking above some interim resistance at $2,450. 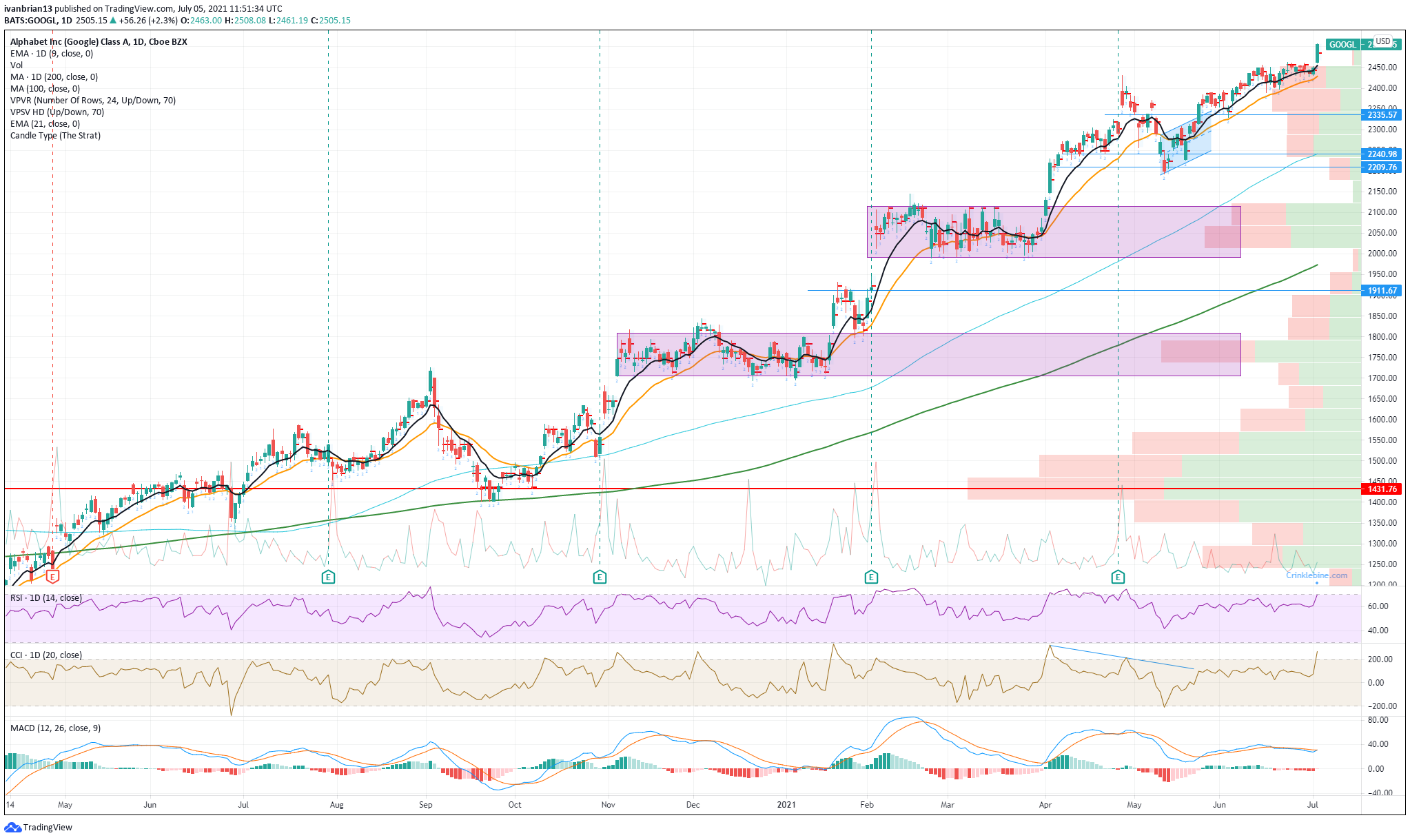 Meme stocks lost some luster on Friday, continuing a quietening trend this past week. Is this a summertime lull or just a consolidation? Time will tell, but at some stage the music will stop and many stocks will not have a seat.

Speaking of the music stopping, China has certainly put the dancing on hold for a few stocks over the weekend with the announcement of an investigation into DiDi (DIDI). Backers include Softbank and Tencent as well as UBER, and many tech stocks suffered a tough day in Asian trading on Monday, see more. This follows on from Jack Ma and (BA)(BA) being put under the microscope in late 2020 as China clearly wants to keep an eye on its burgeoning companies.

The latest data from Refinitiv/LipperAlpha shows equity exchange traded funds (ETFs) took in $10.4 billion in the week to June 30th. This is the largest inflow in seven weeks. Financial ETFs were the biggest losers despite the Fed paving the way for banks to resume buybacks and dividend payments. The biggest net inflows were unsurprisingly to the S&P 500 ETF (SPY) and the Nasdaq Q’s (QQQ). The financial ETF (XLF) was the biggest loser, closely followed by the Mid Cap Value Index (MDYV), perhaps adding to our Russell story above.

Not a whole lot to say – the indices keep on trucking higher nice and steady. The 9-day moving average is working well for the S&P 500 (ES), and we have not seen a red candle for eight sessions. The Relative Strength Index (RSI) has strayed into overbought territory for the S&P 500. The top of the channel is still a long way off but shows the strength of the trend. 4,250 is a support area of high relative volume and matches the 21-day moving average. 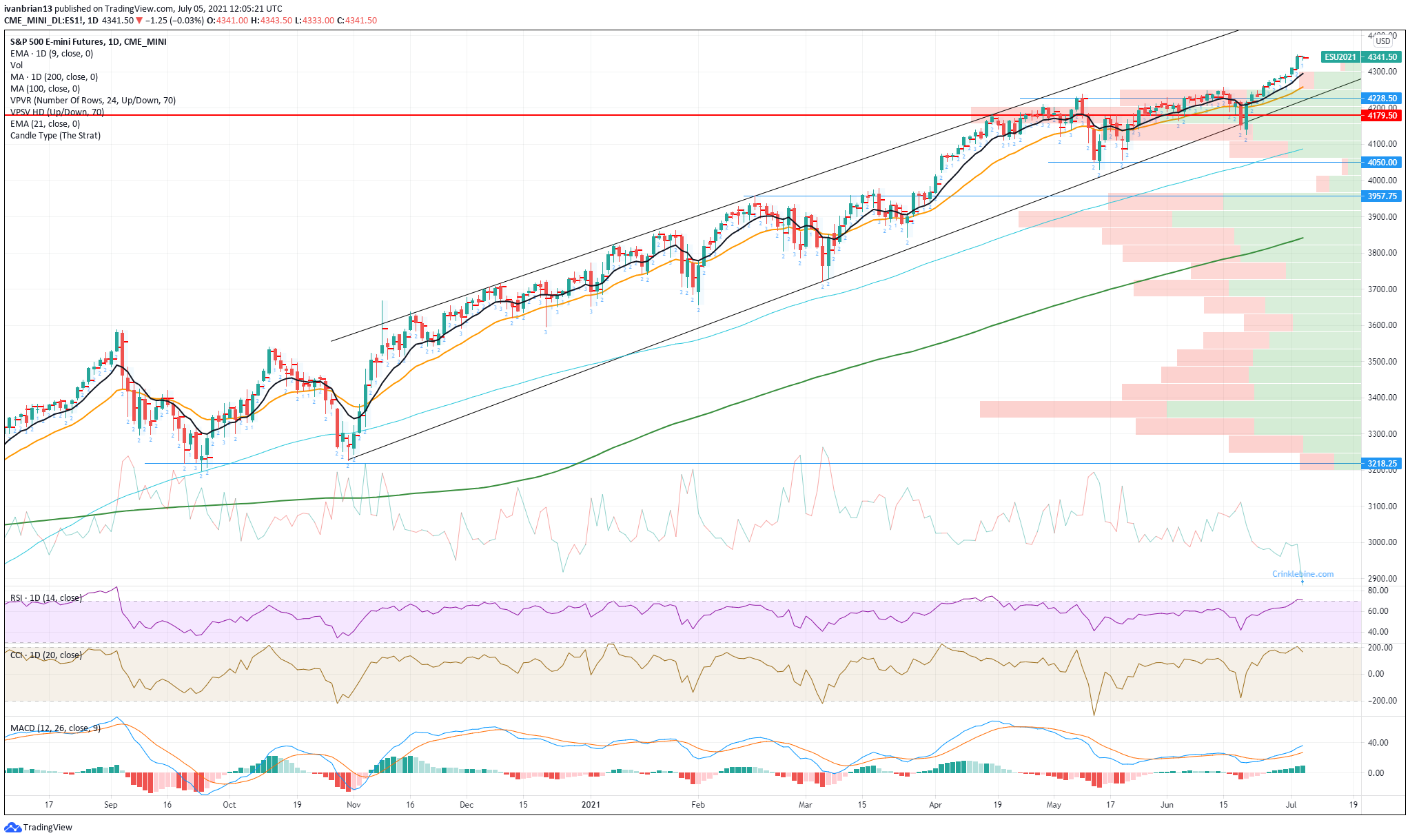 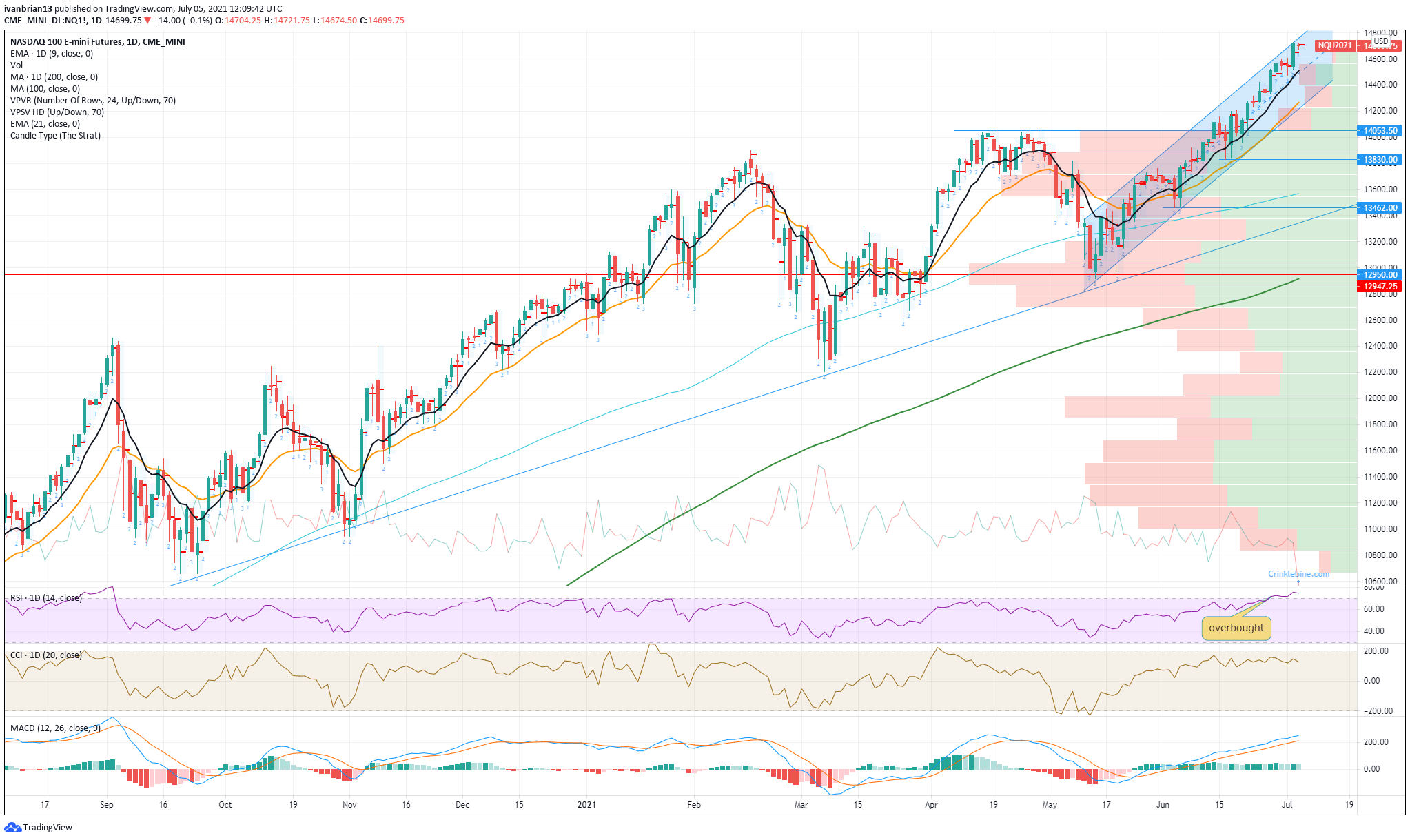 Week ahead on Wall Street

Earnings season gets closer, but a few lesser-known lights report this week – Levi Strauss (LEVI) probably being the most notable on Thursday. 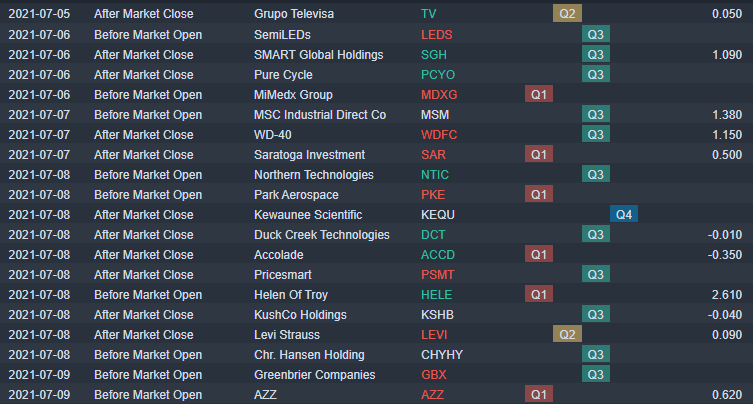 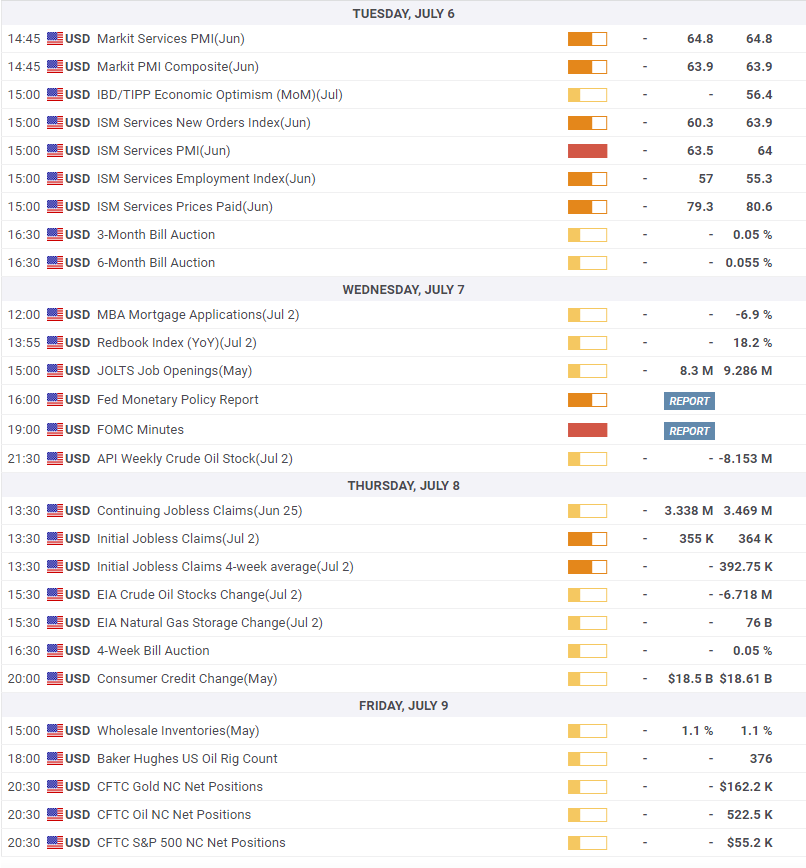 Fireworks and pets: How to keep animals safe July 4

Why Bitcoin-Related Stock Canaan Is Falling