It has been rumored that Apple will eliminate the notch in the future iterations of the iPhone. So far, we have not heard any solid news pertaining to the subject. With that said, Apple has filed a new patent application in which it shares details on a technology that will detect light through the display. The technology can be used in future iPhone models for Face ID and Touch ID. Let’s dive in to see some more details on the Apple patent and how the company aims to implement it.

The notch on the iPhone has remained the same size since its debut with the iPhone X. The notch is probably the biggest on any smartphone that released recently. While Samsung and other manufacturers have moved towards punch-hole displays, Apple seems to be rocking it proudly. We have also heard in the past that Apple is exploring punch-hole displays for future iPhone models. Nonetheless, if Apple‘s latest patent sees daylight soon, there would not be a need for it.

iPhone 11 Is Recovered After Being Underwater for Six Months; Handset Remains Largely Unscathed

As mentioned earlier, Apple‘s latest patent hints at a system that could minimize the notch but still have Face ID capabilities. The patent is titled “Sensing System for Detection of Light Incident to a Light Emitting Layer of an Electronic Device Display” (via AppleInsider). In short, Apple plans to embed a light detecting sensor under the display which can be used for Face ID as well as Touch ID. 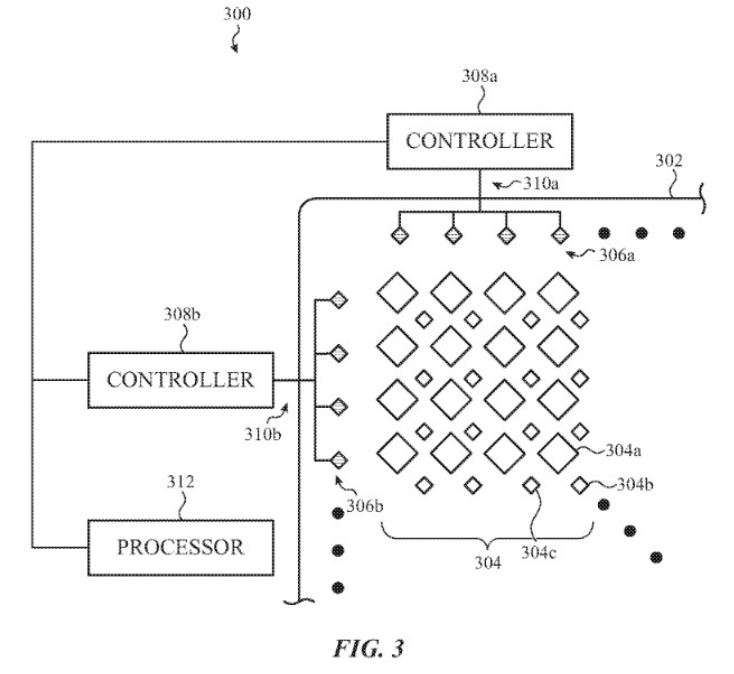 The company shares details on two potential implementations of the technology. In the first instance, the light sensor behind the display can assemble an image of the object touching the screen. This hints at the return of Touch ID. In addition to this, the Apple patent also mentions the use of an ambient light sensor for the operation. The second implementation would use an array of photodiodes or solar cells in order to assemble the pixels of the image. Furthermore, the system would accumulate the electrical signals from the photodiodes in order to sense the intensity of light as well as color. The second implementation points to Face ID which could be seen in a future iteration of the iPhone.

Take note that Apple files a lot of patents and it is not necessary that all of them would see daylight any time soon. However, the patent does give insights into the company’s future prospects and the potential introduction of the technology. We will share more details on the subject as soon as we have more information. Until then, share your valuable insights with us in the comments section below.