Some Manitobans most at-risk of getting gravely ill or dying from COVID-19 could be at the top of the list to receive the newly approved AstraZeneca-Oxford vaccine when it arrives in the province in the coming weeks.

Manitoba vaccine task force leader Dr. Joss Reimer said Wednesday Manitoba will receive its first shipment in mid-March, though it’s unclear how many doses will be in that batch. The first doses arrived in Canada on Wednesday.

The province is still working out who will get the first doses, but Reimer said the first phase will likely target people age 50 to 64. Within that group, officials are trying to identify who is most at-risk, Reimer said.

“We don’t have the final list of who will be the top priority groups, but we are specifically looking through the epidemiology,” she said at a Wednesday news conference.

Health Canada approved the vaccine late last week for all age groups. But the National Advisory Committee on Immunizations, or NACI, advised against giving AstraZeneca-Oxford to people older than 65, citing a lack of clinical data.

The benefit of the vaccine compared to the Pfizer–BioNTech and Moderna versions is that AstraZeneca-Oxford doesn’t have the same extreme-cold storage requirements. That makes it ideal for distribution in doctors’ offices and pharmacies as opposed to immunization super sites with the special refrigeration systems.

The arrival of AstraZeneca-Oxford’s vaccine also revises immunization timelines across Canada — potentially cutting projections in Manitoba down by two to three months.

Reimer didn’t provide a revised timeline for Manitoba on Wednesday, but last week she said the province’s high-supply vaccination scenario is now likely given AstraZeneca-Oxford’s approval.

That timeline aims to have all eligible Manitobans fully immunized by the end of August. A low-supply scenario, based on the presence of only the Moderna and Pfizer–BioNTech vaccines, pegged the end date for November.

1st possible group to get AstraZeneca

Reimer said officials are still in the planning phase for distribution of AstraZeneca, but said people determined to be at risk in the 50 to 64 age range are likely to prioritized.

For example, she said, epidemiological data shows people on dialysis for kidney failure and those with cirrhosis of the liver have been disproportionately impacted by COVID-19. People in those groups over the age of 50 and under 64 could be among the first to receive AstraZeneca doses later this month, among other at-risk groups, said Reimer.

The goal is to hit 20,000 per day from April to June, which would amount to 1.5 million vaccinations in those three months.

The latest estimates suggest 2,277 injections could be done per day in March, though that could change depending on supply.

The federal government recently informed provinces to expect Moderna and Pfizer–BioNTech vaccine shipments between April and June on a per capita basis, with no additional allotment for province’s with proportionally higher Indigenous populations, Manitoba Health Minister Heather Stefanson said on Wednesday.

That represents a departure from shipments received in the first months of 2021, when Manitoba received more vaccines due to its high proportion of Indigenous people.

Vaccination timelines could also change now that Manitoba is planning to extend the amount of time between first and second doses.

Reimer announced that shift Wednesday, following in B.C.’s footsteps, saying the latest real-world evidence suggests people with one doses receive a considerably higher degree of protection than what the clinical trials originally showed. 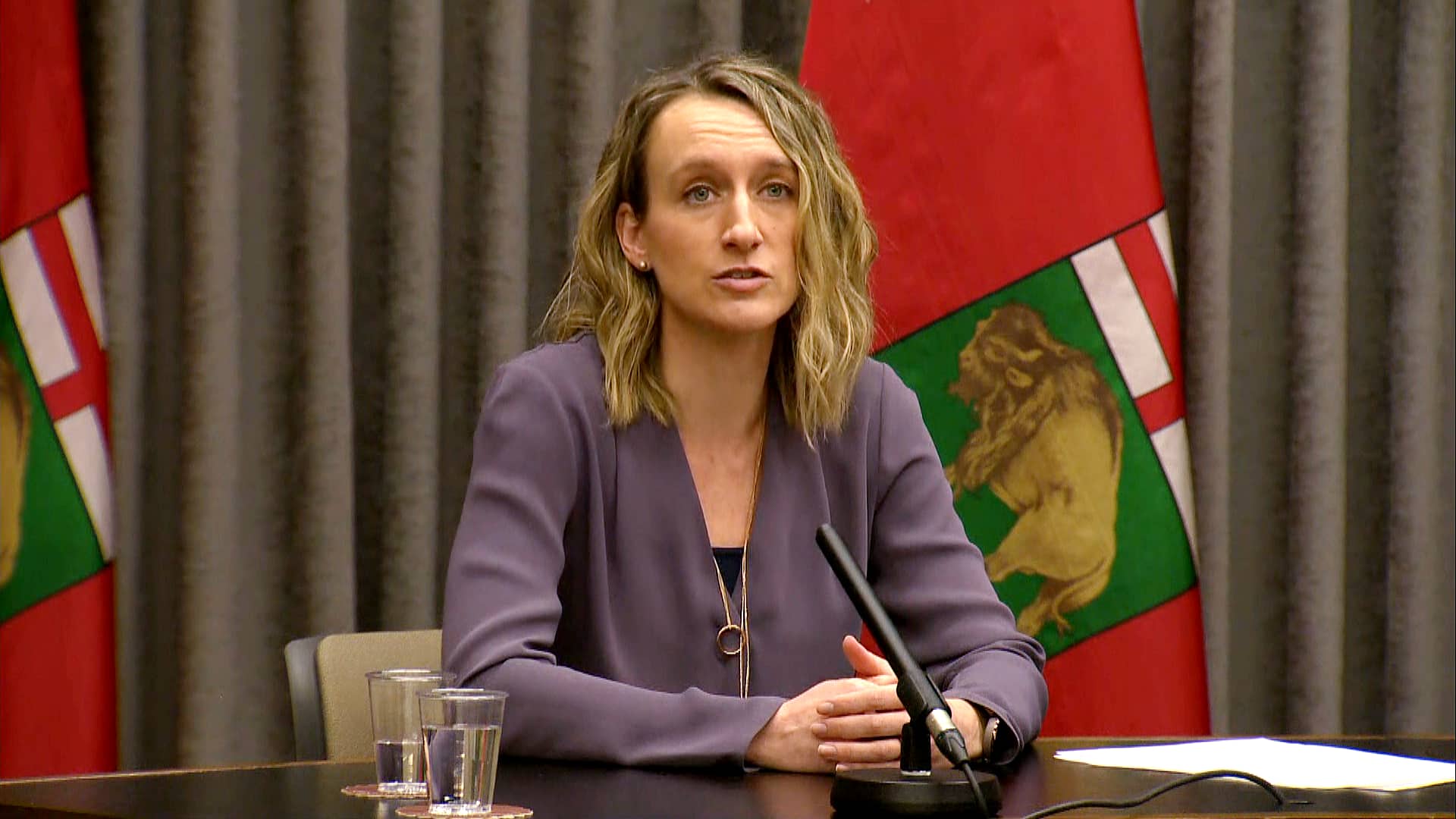 Dr. Joss Reimer, head of Manitoba’s vaccine task force, was asked Wednesday what she saw as the greatest risk to Manitoba’s COVID-19 vaccine campaign. She said the risk is in communication, and the need to get vaccine messaging out to the public. 1:09

Astrazeneca Stock – ‘We are vaccinating with AstraZeneca here!’ ‘Just inoculate me with whatever you have!’

Caterpillar - Caterpillar (CAT) Stock Moves -0.42%: What You Should Know

Goldman Sachs (GS) Gains As Market Dips: What You Should Know