The first doses of the AstraZeneca vaccine against coronavirus arrived in Malta on Sunday.

The news was announced by the Deputy Prime Minister and Health Minister Chris Fearne on Twitter, who hailed it as “another canon” against the virus.

The third vaccine approved by the EU regulator, the European Medicines Agency, has been released on the bloc’s market. The other two approved vaccines are those developed by Pfizer and Moderna and are based on mRNA technology.

AstraZeneca to ‘cut COVID-19 vaccine delivery to EU by 60%’ 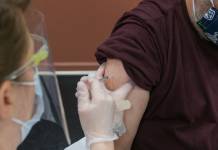 Following tensions between the company and the European Commission, it was agreed that by next March, the company would provide nine million doses to the bloc. Initial cuts in doses to the EU were a result of production problems. 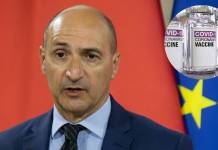 Last week, Fearne highlighted that the first indications suggest that the AstraZeneca vaccine was more effective among those aged between 18 and 55 years. Consequently, he announced that Malta planned to limit the administration of the vaccine to that age cohort.