The World Health Organisation vaccine experts said the AstraZeneca vaccine could be administered to individuals aged 65 and over. The third vaccine manufactured by the Anglo-Swedish company, AstraZeneca, and which was developed by Oxford University, was recently given the greenlight by the European Medicines Agency. However, there were concerns on whether the vaccine should be given to those aged over 65 due to lack of data. 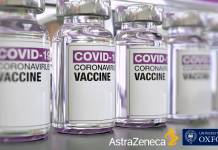 In a report, the WHO said even though there was a small number of over 65s in the trials, other studies showed older people had a nearly identical immune response to younger adults so the vaccine should be used.

The WHO’s Strategic Advisory Group of Experts on Immunization, known as Sage, has been scrutinising evidence from vaccine trials. Its interim recommendations say the vaccine is 63% effective overall.

Furthermore, early data from trials in South Africa showed the vaccine was offering “minimal protection” against mild and moderate disease in young people.

Earlier this week, the government said the AstraZeneca vaccine would be given to non-medical frontiners who are less than 55 years old.

AstraZeneca News – AstraZeneca says it will deliver vaccines as promised, also to NL

Mortgage Rates Today - Phoenix No. 2 among hottest housing markets of 2021