Goldman Sachs CEO has slammed working from home as an ‘aberration’ and said it is not the ‘new normal’ as he revealed the company is not likely to be offering it as a permanent option.

David Solomon, 59, insisted the firm would ‘correct’ the remote working situation ‘as soon as possible’ while speaking during a virtual conference organized by Credit Suisse on Wednesday.

The Goldman Sachs boss, who is based out of the company’s New York headquarters, suggested the measure does not suit his investment bank, despite suggestions from other firms that they may seek to retain a form of remote working even after restrictions lift.

‘I do think for a business like ours, which is an innovative, collaborative apprenticeship culture, this is not ideal for us,’ he told the annual Credit Suisse virtual financial services forum.

Goldman Sachs CEO David Solomon, 59, claimed in a virtual financial services forum on Wednesday that the firm will end remote work ‘as soon as possible’ as it is not the ‘new normal’ 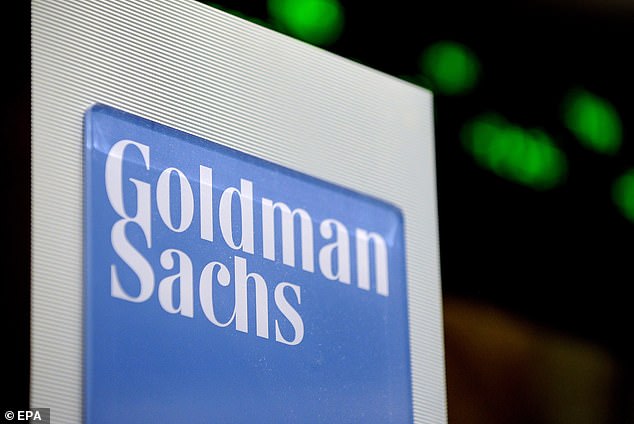 Solomon said he was particularly worried about the incoming class of 3,000 new recruits who he fears won’t get the ‘direct mentorship’ and ‘direct contact’ that they need.

He added that he is a ‘big believer in personal connectivity’ and so foresees that Goldman’s pre-pandemic operating style will return.

‘I am very focused on the fact that I don’t want another class of young people arriving at Goldman Sachs in the summer remotely,’ he told the conference.

‘I don’t think as we get out of the pandemic the overall operating mode of the way a business like ours operates will be vastly different.’

The firm had allowed a ‘significant portion’ of employees to shift to working remotely during the pandemic.

The CEO revealed that Goldman Sachs operated throughout 2020 with ‘less than 10% of our people’ on average working from offices throughout the firm’s various global bases.

However, in the New York headquarters, up to a quarter of employees are now back on site.

It had offered incentives such as free lunch to encourage people back.

DAVID (SOLO)MON: THE GOLDMAN SACHS CEO WITH A DJING SIDE HUSTLE 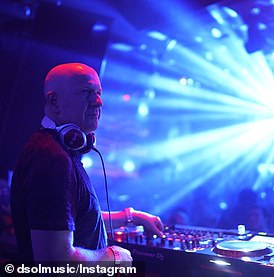 As well as working as a top Goldman Sachs executive, Solomon spends his nights DJing super clubs all over the world

David Solomon, 59, has served as CEO of Goldman Sachs since October 2018

The New Yorker has also been chairman of the bank since January 2019.

Prior to this, he was president and chief operating officer from January 2017 to September 2018.

And worked as the joint head of the investment banking division from July 2006 to December 2016.

As well as working as a top Goldman Sachs executive, Solomon spends his nights DJing super clubs all over the world.

His side hustle was outed by the New York Times in 2017 amid his campaign to be named Goldman CEO.

Solomon has said he also likes to ride the subway to work, fetch his own coffee in the office, and relaxed the firm’s dress code making suits and ties optional.

It came after the firm clawed back executive pay after it agreed to pay nearly $3billion in fines to the Department of Justice for its role in a Malaysian bribery scandal.

His personal life has been just as tumultuous. According to CNBC, his divorce was finalized in 2018.

And in his second week as CEO, Solomon’s former assistant killed himself after being charged with stealing $1.2 million worth of wine from Solomon’s collection.

More employees had been brought back to the London offices last summer but were sent home again when stricter restrictions were brought in place again.

The same was true in its Asia offices, where up for half of employees returned to workspaces before another surge in coronavirus cases sent them to remote work again.

His comments echo other members of the financial sector.

In September, JP Morgan’s chief executive Jamie Dimon said that working from home has had a negative effect on productivity.

Yet Solomon’s comments stand in contrast to large tech firms who have announced that remote work is set to become a permanent part of their operations post-pandemic.

Earlier this month, Spotify announced that it would allow employees to choose where they’d like work under the Work from Anywhere program.

It will allow staff to choose whether they want to work in an office, remotely, and what country they would prefer to work from.

It claimed it would allow staff to continue to work from the place where they do their best ‘thinking and creating’.

‘Effectiveness can’t be measured by the number of hours people spend in an office,’ the company said in a blog post.

‘Instead, giving people the freedom to choose where they work will boost effectiveness. Giving our people more flexibility will support a better work-life balance and also help tap into new talent pools while keeping our existing band members.’

The audio streaming service added that location would be offered ‘with some limitations to address time zone difficulties, and regional entity laws in the initial rollout of this program’.

The new options will come into effect from this summer.

Also this month, Salesforce announced that the ‘9-to-5 workday is dead’ as it revealed that it would introduce policies that will allow employees ‘flexibility in how, when and where they work with three ways of working’.

The leading software-as-a-service company said they had made the decision based on feedback from staff.

Spotify and Salesforce both join the likes of internet giants Facebook and Microsoft to make working from home a more permanent company policy.

Microsoft announced in October that it will allow employees to work from home on a permanent basis even when offices reopen.

The company unveiled a plan for a ‘hybrid workplace’ that will allow employees greater flexibility on whether they return to working in an office full-time or not.

Under the plan, employees will be allowed to work from home for less than 50 percent of the working week or request permanent remote work through their manager.

Google has also committed to keeping its 200,000 employees working from home until at least July 2021.

And as far back as May, Jack Dorsey, the CEO of both Twitter and Square, told employees at both firms that they could continue working from home permanently if they chose to do so. 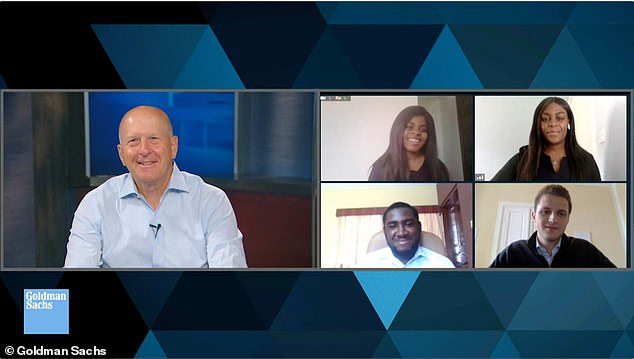 Solomon has said he is particulary worried about new employees joining the firm. He is pictured in July 2020 speaking to some of the Goldman Sachs 2020 interns virtually 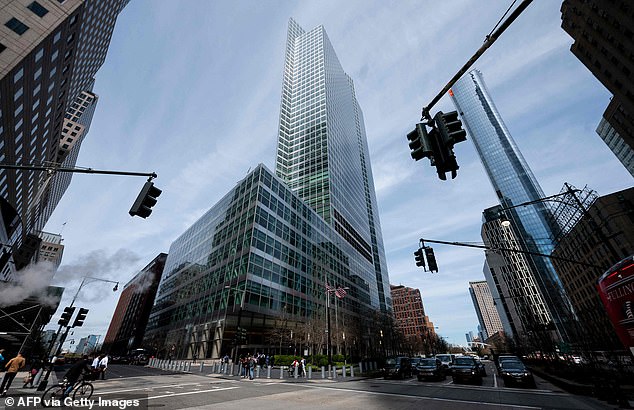 Solomon is based in the Goldman New York City headquarters, pictured above

But some jobs that require the physical presence of employees at the office will still require those workers to show up.

Facebook CEO Mark Zuckerberg has previously said that up to half if its employees could work remotely in the next five to ten years as it shifts tens of thousands of jobs to remote work.

The outlier among tech giants was Apple, which asked employees to start returning to the office in June but ensure its workers that it does not expect a full return to offices until later in 2021.

Despite the decision by many tech giants to introduce more long-term plans for remote work, Facebook, Google, and Amazon have all also recently heavily invested in purchasing, building, or leasing large amounts of real estate.

It is believed the expanded workspaces will allow for social distancing and health and safety measures that could entice employees back to offices.

It comes as a new study from NordVPN Teams revealed that US employees working from home have experience a ‘sustained’ two-and-a-half hour increase to their working day since the pandemic.

The longer working day as remained even as pandemic restrictions have eased.

Why Shares Of Goldman Sachs Are Up By 5% Today?