The Bank of New York Mellon (NYSE:BK) last issued its quarterly earnings data on Tuesday, January 19th. The bank reported $0.96 earnings per share (EPS) for the quarter, beating the Zacks’ consensus estimate of $0.91 by $0.05. The business had revenue of $3.84 billion for the quarter, compared to the consensus estimate of $3.84 billion. The Bank of New York Mellon had a net margin of 23.09% and a return on equity of 9.89%. The company’s quarterly revenue was down 19.6% compared to the same quarter last year. During the same period in the previous year, the firm earned $1.01 EPS.

The business also recently announced a quarterly dividend, which will be paid on Friday, February 12th. Shareholders of record on Monday, February 1st will be paid a dividend of $0.31 per share. This represents a $1.24 annualized dividend and a yield of 3.11%. The ex-dividend date of this dividend is Friday, January 29th. The Bank of New York Mellon’s dividend payout ratio is currently 30.85%.

Read More: What is the definition of market timing? 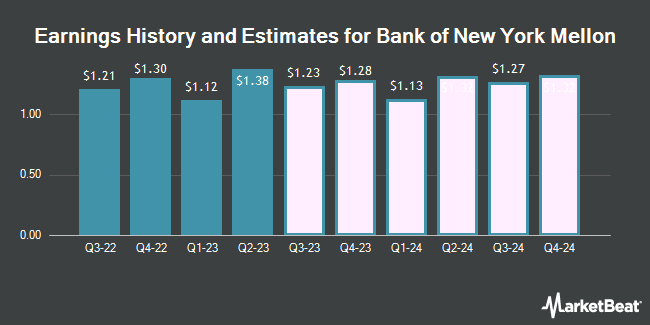