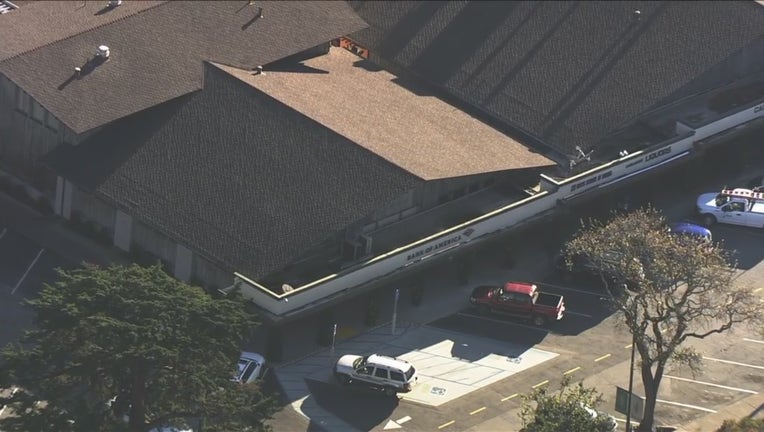 A Bank of America branch located at 2031 Ralston Ave in Belmont was robbed Friday morning, according to Belmont police. Photo: SkyFOX (February 5, 2021).

BELMONT, Calif. – Police in Belmont are investigating a bank robbery that occurred Friday.

Officers with the Belmont Police Department responded Friday at 11 a.m. to a report of a bank robbery at the Bank of America in the 2000 block of Ralston Avenue.

Police said the suspect entered the bank, inferred he was armed with a handgun and demanded money from the teller.

The suspect fled the scene before officers arrived.

Police haven’t said how much money was taken.

Police have also not released a description of the robber, or provided surveillance photos to the public, which could help to identify the person responsible.

Anyone with information about the robbery is asked to contact the Belmont Police Department at (650) 595-7400.