MGM Resorts International (NYSE:MGM) was upgraded by equities researchers at Bank of America from an “underperform” rating to a “neutral” rating in a report issued on Monday, Briefing.com reports. The firm currently has a $35.00 price objective on the stock, up from their previous price objective of $25.00. Bank of America‘s price target points to a potential upside of 2.19% from the stock’s current price. 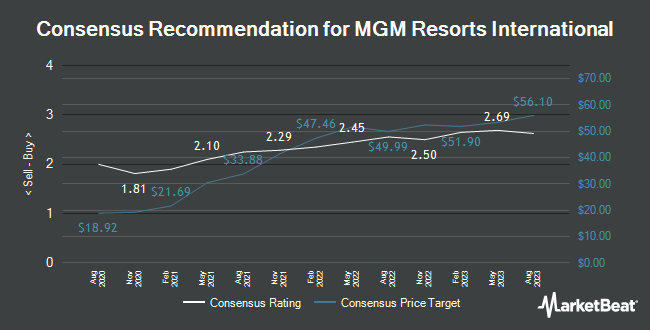