Bitcoin – Bitcoin’s volatility could drop below that of gold, says Bloomberg Intelligence

Home » Bitcoin – Bitcoin’s volatility could drop below that of gold, says Bloomberg Intelligence

Bitcoin – Bitcoin‘s volatility could drop below that of gold, says Bloomberg Intelligence

Editor’s Note: With so much market volatility, stay on top of daily news! Get caught up in minutes with our speedy summary of today’s must-read news and expert opinions. Sign up here! 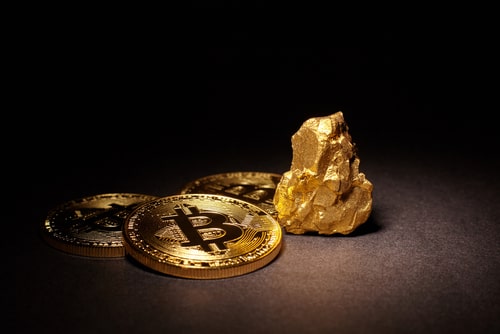 And the reason for that is concrete supply estimates.

“Accurate supply projections of any commodity or asset would isolate demand as a primary factor for price outlooks. Our graphic depicts 260-day volatility on the crypto at about 50%, well below its peak around 170% and roughly equal to the same measure of gold in 1980,” BI senior commodity strategist Mike McGlone. “Maturation is a top reason volatility on bitcoin is declining below its low of about 37% in 2016.”

Since the 1980s, gold’s volatility has been around 20%, and it is unlikely to rise much above the 33% seen during the financial crisis, noted McGlone.

BI’s projections for gold in 2021 is to move sustainably above $2,000 an ounce after breaking out of its “resting bull” phase.

“The unlikelihood of a reversal in rising global debt-to-GDP and quantitative easing (QE) levels adds to the potential for gold to sustain above $2,000 an ounce, we believe,” said McGlone.

Following several months of consolidation after August’s new record highs of above $2,060 an ounce, gold is on a sounder footing for resuming its uptrend, he added.

“Our graphic depicts the initial cage in 2021 of about $1,800-$2,000. Gold appears as a resting bull. More of what has fueled the metal’s appreciation since 2001 may be all it takes to resume the rally. Risks appear tilted toward accelerating trends in rising debt and QE,” McGlone said.

Gold is also estimated to outperform most other commodities.

“Unlike equities, gold has corrected 15% since last year’s bottom. We expect the metal to sustain its upper hand vs. most commodities, notably copper, but gold positions not paired with Bitcoin seem increasingly naked as flows shift to the digital store of value,” said McGlone on Tuesday.

Also, there are increasing concerns about the stock market, which are visible via the higher level of VIX volatility — “about 25% on Jan. 25, vs. about 18% in the gold index,” McGlone said.