“Right now, it still seems like a bit of a leisurely pursuit to acquire Bitcoin. But I think by the end of the year, with the current rate of institutional flow inbound, it will become clear that this is a once-in-a-lifetime landgrab.”

Jehan Chu, founder and managing partner of blockchain investor Kinetic, was speaking just as the virtual currency edged towards a new all-time high of $50,000, largely on the back of a ringing endorsement by Tesla CEO Elon Musk.

Only a few weeks ago, Bank of America claimed Bitcoin topped the list of “most crowded” trades on the markets, while Deutsche Bank warned of price bubbles in the cryptocurrency. Now analysts are hinting that even central bankers and regulators are rethinking their stance on digital currencies, in what may prove to be a major break from the conventional workings of global finance.

Elsewhere, the boss of Tui, Europe’s biggest travel company, is predicting (almost) normal capacity on Mediterranean beaches this summer. The combination of vaccine roll-outs and hopes that lockdown misery may be coming to an end has led to a surprise jump in holiday bookings.

Volkswagen is exploring the possibility of developing flying cars, with a feasibility project planned in China. Europe’s biggest car maker has hinted it wants to develop a drone for licensing in a future market.

Apple’s new iPhone 12 mini has proved a disappointment on the sales front, according to new figures, as consumers opt for bigger screen viewing in the age of Instagram and TikTok.

And as the boss of Singapore’s Temasek sovereign wealth fund steps down, we look at what the COVID-19 pandemic has meant for the war chests of the world’s richest nations.

Read on for all the day’s business news in full.

P.S. Did someone forward this to you? Sign up here

Bitcoin has edged towards the $50,000 mark in Tuesday trading, buoyed by the news that electric car giant Tesla is investing $1.5 billion in the crypto currency. The 20 percent jump in Bitcoin’s value, the largest daily rise in three years, follows speculation that other tech giants may follow Tesla’s lead and begin accepting virtual coins as legitimate currency. Musk, a well-known supporter of virtual currencies, has already hinted that he is considering allowing the use of Bitcoin “as a form of payment for our products in the near future.”

Shares of companies associated with Bitcoin and other virtual currencies and the technology used to mine them have surged in Asian markets. Semiconductor makers such as SK Hynix have also risen, amid hopes that cryptocurrency may at last be losing its associations with volatile price swings and money laundering to emerge as a respectable asset.

Meanwhile, Tesla has been called for talks by safety regulators in China over quality issues in its electric cars. Talks have continued after consumers complained of irregularities with acceleration systems, battery fires and problems with software upgrades. In a statement on Weibo, Tesla said it “sincerely accepts the government department guidance” and will “strictly comply with Chinese laws.”

Europe’s biggest holiday company Tui says it expects to run operations at 80 percent of normal capacity this summer, with 2.8 million bookings confirmed. Other travel firms are also reporting an increase in business amid a more optimistic mood from customers, as COVID-19 vaccine roll-outs continue. The boss of the Germany-based firm, Fritz Joussen, said while the current figures were still down 44 percent on the same period in 2019, the pace was starting to pick up. Adding: “We should do everything we can to quickly return to basic freedoms and make travel possible again.”

The social media site Reddit says it has raised more than $250 million in a new round of funding, doubling its valuation to $6 billion. The company, which has been at the heart of the recent activist share dealing frenzy in the U.S. with 50 million users a day, said it is investing in video, advertising and consumer products, while expanding into international markets. Commenting on market conditions Reddit CEO Steve Huffman said: “Valuations are very high right now. It never hurts to raise money when there’s an opportunity to do so.”

Volkswagen is looking at the feasibility of a flying car project in China. Europe’s biggest auto maker says it’s joining a growing number of companies looking at non-autonomous driving options, stating: “The concept of vertical mobility could be a next step … especially in the technically affine Chinese market.” Last November, Munich-based engineering firm Lilium, which is developing on-demand air taxis, announced plans for its first U.S. hub near Orlando, while Airbus and U.S.-based Joby and Volocopter, which has backers including Daimler and Intel, are also pursuing similar plans.

Shares in the Japanese financier SoftBank have risen to a two-decade high after it reported record profits at its flagship Vision Fund unit. Shares in the venture capital firm rose 3.3 percent to $93 each in Asian trading, in the biggest intraday jump in two months. On Monday, two of SoftBank’s top tech-based funds reported a $13 billion jump in value in the three months to December.

A rebound of demand in China has also led Japan’s third largest car maker Nissan to trim expected annual losses by more than a third. Nissan says it now expects to lose $1.9 billion in the current financial year, down from previous estimates of $3.2 billion.

Singapore Airlines is deferring more than $3 billion of spending on new Airbus and Boeing planes after reaching agreements with the aircraft manufacturers to delay deliveries in the wake of the COVID-19 pandemic. The order for 14 Boeing 787-10s will be reduced to 11 as the airline cuts capital spending by $1.6 billion to the end of March and by a further $1.2 billion for the next financial year.

Apple’s new iPhone 12 mini made up just 5 percent of U.S. phone sales in the first half of January, according to new data. Industry tracker Counterpoint says smartphone users are increasingly switching to larger devices to view content on social media platforms such as Instagram, Tiktok and Snapchat.

Shares in the video game publisher Take-Two Interactive fell nearly 4 percent after the bell on Monday after posting a drop in quarterly sales. The group, best known for its top franchises NBA 2K and Grand Theft Auto, has been overshadowed by a $2.4 billion buyout of Glu Mobile by rival Electronic Arts, according to analysts, who also point to a disappointing lack of new titles from Take-Two to keep gamers engaged.

The boss of UK online supermarket Ocado says grocery shopping has changed “for good” with the COVID-19 pandemic. CEO Tim Steiner made the comments as the firm posted a 35 percent jump in sales for the financial year. Ocado, which previously delivered for the Waitrose chain, says losses have narrowed from $294 million to $60 million, while announcing plans to expand globally through tie-up deals with the U.S.’s Kroger, France’s Casino and Aeon in Japan.

The International Monetary Fund has called on Poland’s Central Bank to explain why it intervened to weaken the value of the zloty late last year. The bank’s deputy finance minister, Sebastian Skuza, has previously indicated that currency depreciation is the preferred mechanism to boost exports and shore up public finances in Poland. The IMF has said quantitative-easing remains the best way for central banks to support their economies after the $7 billion intervention pushed the zloty to its worst performance in almost a decade at the end of December.

WATCH: With snow continuing to fall across Europe, the Netherlands declares a rare “code red” emergency, as transportation remains frozen. 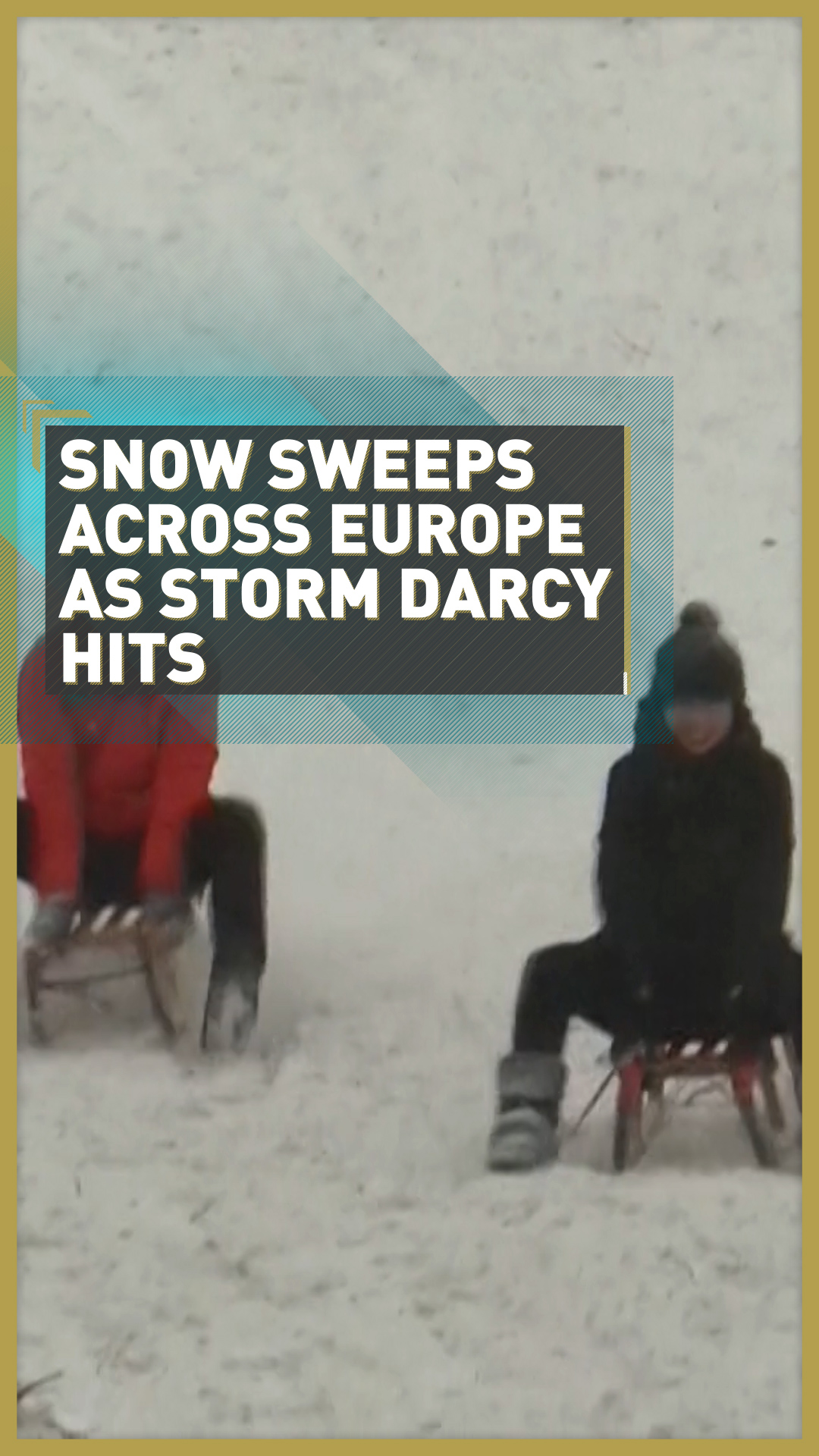 South Africa has suspended its planned roll-out of the Oxford University-AstraZeneca vaccine after trial data showed the jab offered limited protection from the variant first discovered in the country. CGTN Europe spoke to Shabir Madhi, executive director of the Vits Vaccines and Infectious Diseases Analytics Research Unit, which led the trial in South Africa about what can be learnt from this setback.

I think we need to moderate our expectations of COVID-19 vaccines, especially in relation to the type of reaction that’s been circulating in South Africa, which has pretty much spread to a few other countries, as well as to the identities emerging in Brazil. So these vaccines won’t necessarily protect against mild and moderate infection but that doesn’t dismiss their importance in doing what vaccines really should be all about, and that is about saving lives and protecting against severe disease. I think I still remain fairly optimistic that this vaccine should have a major role to play, including the AstraZeneca vaccine in terms of protecting people against severe disease. So we need to have a more targeted approach in terms of who we want to vaccinate in the immediate future, especially in the context of a limited supply.

If the virus keeps mutating in the same way that flu does, does that mean that there will need to be tweaks to the vaccine each time it changes?

There probably will be and I think as countries start rolling out vaccines and especially when there’s a sluggish roll-out of the vaccine, you’re probably going to start seeing the emergence of mutations which are resistant to the vaccine induced immunity. The reason why South Africa is facing what it is facing is because of the vaccine adapting to what was a high source of infection during the first wave. So, yes, we are very likely going to be experiencing situations where we have vaccines which need to be updated. And thinking that we’re going to get to some sort of herd immunity threshold unfortunately, is pretty much fading from the scene pretty rapidly with the evolution of these mutations.

If herd immunity is rapidly diminishing, is there a single best way to prevent mutations from appearing?

Well, the only way would be if there was a global initiative to be able to vaccinate as many people as possible over the shortest period of time, to be able to pretty much get close to eradicating the circulation of the virus, which unfortunately is not going to happen anytime soon. So I think COVID-19 is here to stay with us for decades to come. But it’s all about trying to mitigate the consequences of infection, especially the severe consequences and a death that can culminate from infection.

And finally the head of Singapore’s giant state-owned sovereign wealth fund is stepping down after 17 years at the helm. Ho Ching, wife of Singapore Prime Minister Lee Hsien Loong, joined Temasek in 2002 as executive director, becoming CEO two years later. The fund has dropped in value during the pandemic but still ranks among the top six best performing sovereign wealth funds globally, although the list is still dominated by tiny Norway. 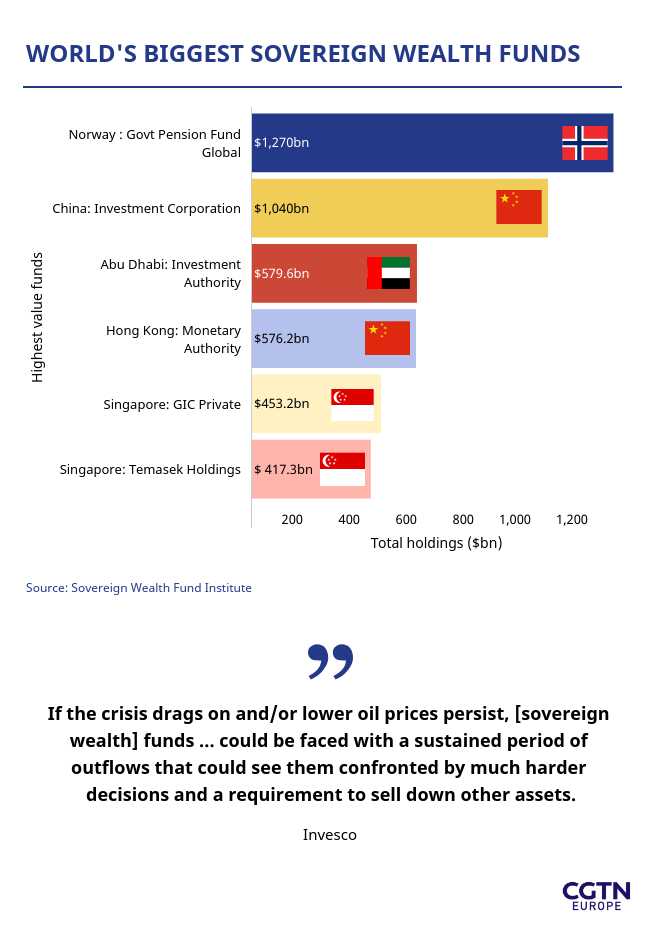 Intel – Peter Hoekstra: Intel community to target Americans? Here’s what we must do to safeguard liberties

Bitcoin price Today – XRP At Highest Since Jan-18, Can The Parabolic Move Continue?

Bitcoin price – Is Bitcoin Following S2F Model? How a $200K Top Could be in Sight

Personal Finances News - Tax time starts Friday. What's your AGI and what does it have to do with stimulus checks, too?