Despite Ethereum hitting a new all-time high at $1,481 on January 25, the digital asset suffered a mild pullback. However, DeFi projects didn’t and most of them are up by more than 10% in the past 24 hours, outperforming the leader, ETH.

On the 4-hour chart, SNX was playing with the 50-SMA level for almost 24 hours until a significant rebound from $15.2 taking the digital asset up to $16.85 at the time of writing. This level is a crucial resistance point that can stop Synthetix price from climbing above $18 again.

However, although SNX faces practically no resistance to the upside, the In/Out of the Money Around price (IOMAP) model shows the support below is also quite scarce. According to the indicator, the area between $14.3 and $14.6 offers the highest amount of support as 853 addresses purchased over 73 million SNX.

This shows that a rejection from $16.8 could be terrible for SNX holders as the next significant support level is between $14.3 and $14.6.

Aave price could swiftly climb towards $300 after bullish breakout

On the 1-hour chart, Aave established a descending triangle pattern which has broken bullish with a lot of continuation. The price target of the breakout is a 13% move towards $300, calculated using the maximum height of the pattern. 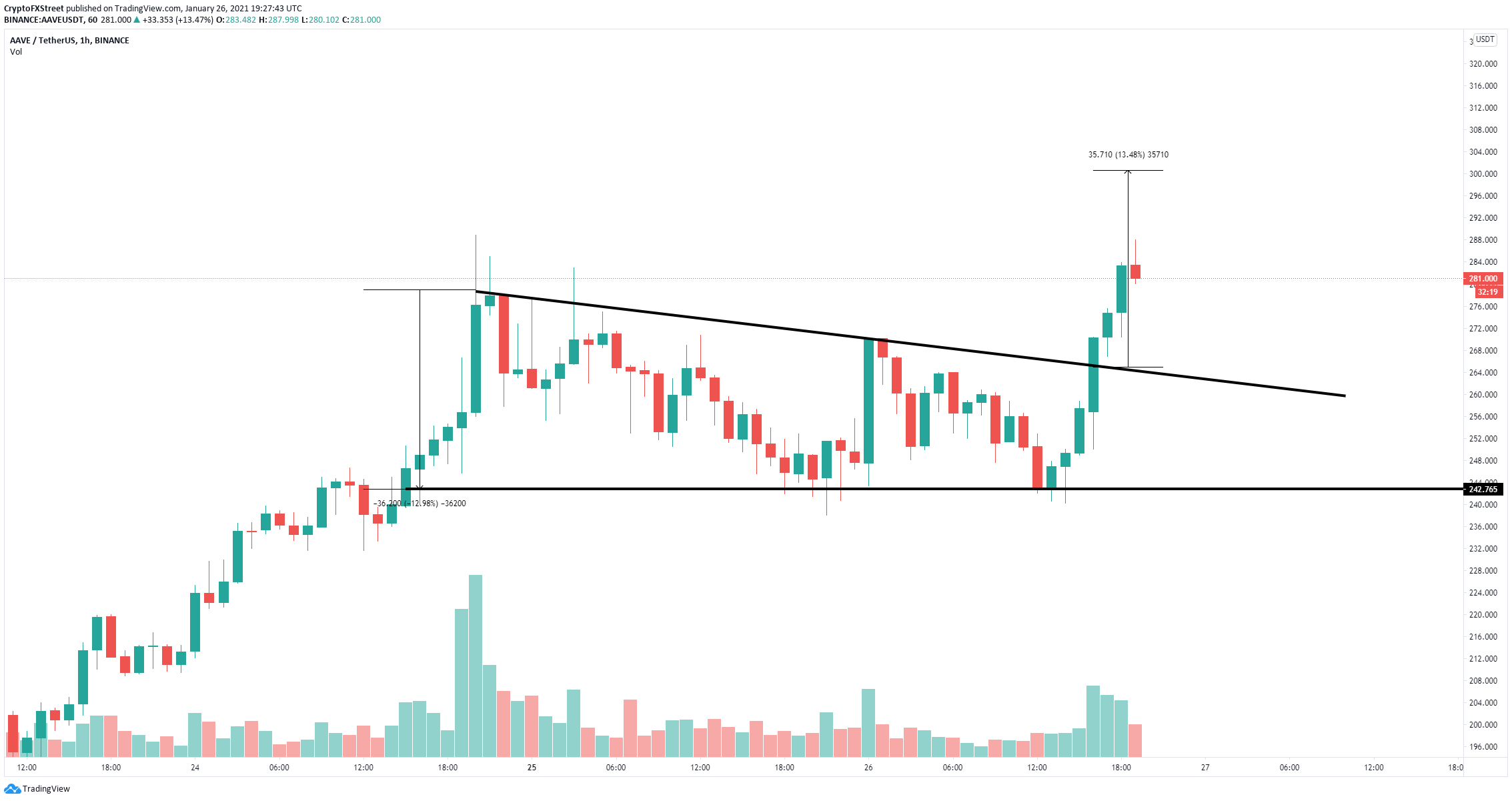 Additionally, Aave has a lot of strength this run as the number of new addresses joining the network increased by a significant 65% in the past week. Similarly, the amount of active addresses in the past seven days also grew by 40%.

The only concerning factor for the bulls is the TD Sequential indicator which seems to be on the verge of presenting a sell-signal on the 12-hour chart. This could mean that Aave needs to retrace again before the final leg up. Potential price levels include $260 and $250. 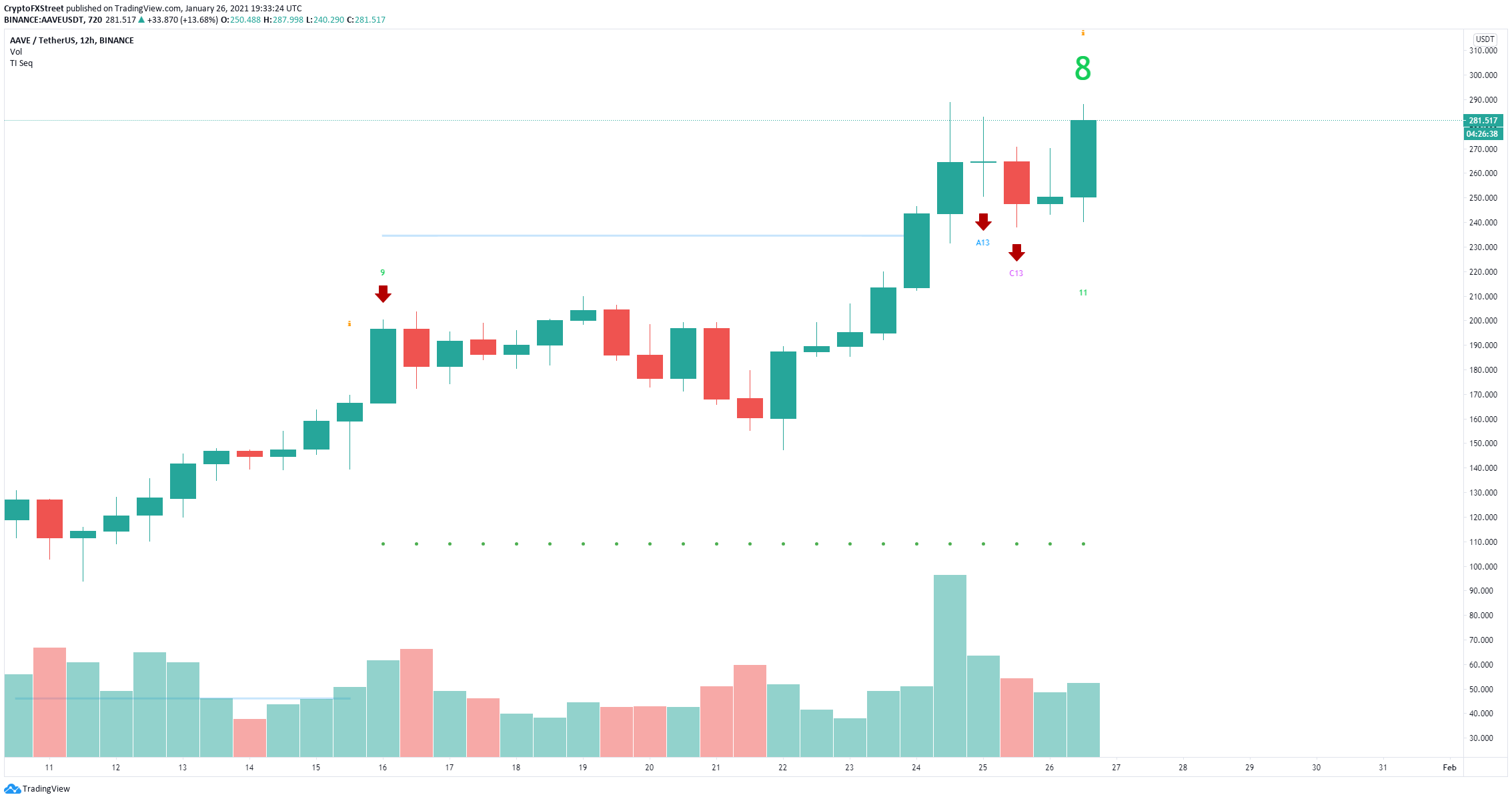 Uniswap has just hit a new all-time high at $13.6 on what seems to be an unstoppable rally. The digital asset is currently in ‘price discovery’ mode and faces no resistance. What’s interesting is that the percentage of circulating UNI coins on exchanges has continued to decline since January 11.

According to Santiment’s statistics, around 6.85% of the total circulating supply of UNI was held inside exchanges on January 11. This number has dropped to 6.65% currently, despite a small spike in the past 24 hours. Considering the significant rise in price of Uniswap, which is more than 200%, this metric indicates that investors are not willing to take profit just yet.

Does Aerojet Rocketdyne Holdings (NYSE:AJRD) Have A Healthy Balance Sheet?

Bitcoin price Today – 5 things to watch in BTC this week

Bitcoin price Today – How To Trade In The Bitcoin Derivatives Market?