Bitcoin price extended its drop further during Saturday trading to lows of $34,833 after comments from St Louis Federal Reserve President James Bullard hinted that interest rates could rise by the end of this year. Bitcoin price subsequently dropped to levels last seen since June 12th before stabilizing at around $36,000 as of press time.

ZKSwap (ZKS) is a Layer-2 decentralized exchange that adopts the AMM model and zk-Rollup technology built on Ethereum and aims to give traders low latency & no gas fee experiences. ZKS is the utility and governance token that is used in ZKSwap.

ZKS started a positive climb on June 16 after ZKSwap announced the launch of the v2 Testnet of its platform, which will enable cross-chain token swaps between and across Ethereum, Binance Smart Chain, OKChain, and Huobi Eco Chain (HECO) once the v2 mainnet launches. The platform also announced the accessibility of ZKSwap on Appstore on June 17. At the time of writing, ZKS traded at $1.38 (on Poloniex), up 61.46% on the day.

What Analysts Say on Bitcoin price

While some traders are cautious about the ‘death cross,’ a bearish crossover set to complete in a day or two, still some analysts remain bullish on Bitcoin in comparison to stocks.

Mike McGlone of Bloomberg intelligence stated, “When the equity tide pulls back someday, we expect Bitcoin and gold to be the primary beneficiaries,”. While Bitcoin price was seen stabilizing at $35,900, Mark Newton of Newton Advisors says “The recent stabilization just isn’t sufficient to suggest buying dips,” while stating, “For those who are aggressive traders, any break of 30k should lead down to 20-25k and that should be a better area to consider buying dips for a bounce,” 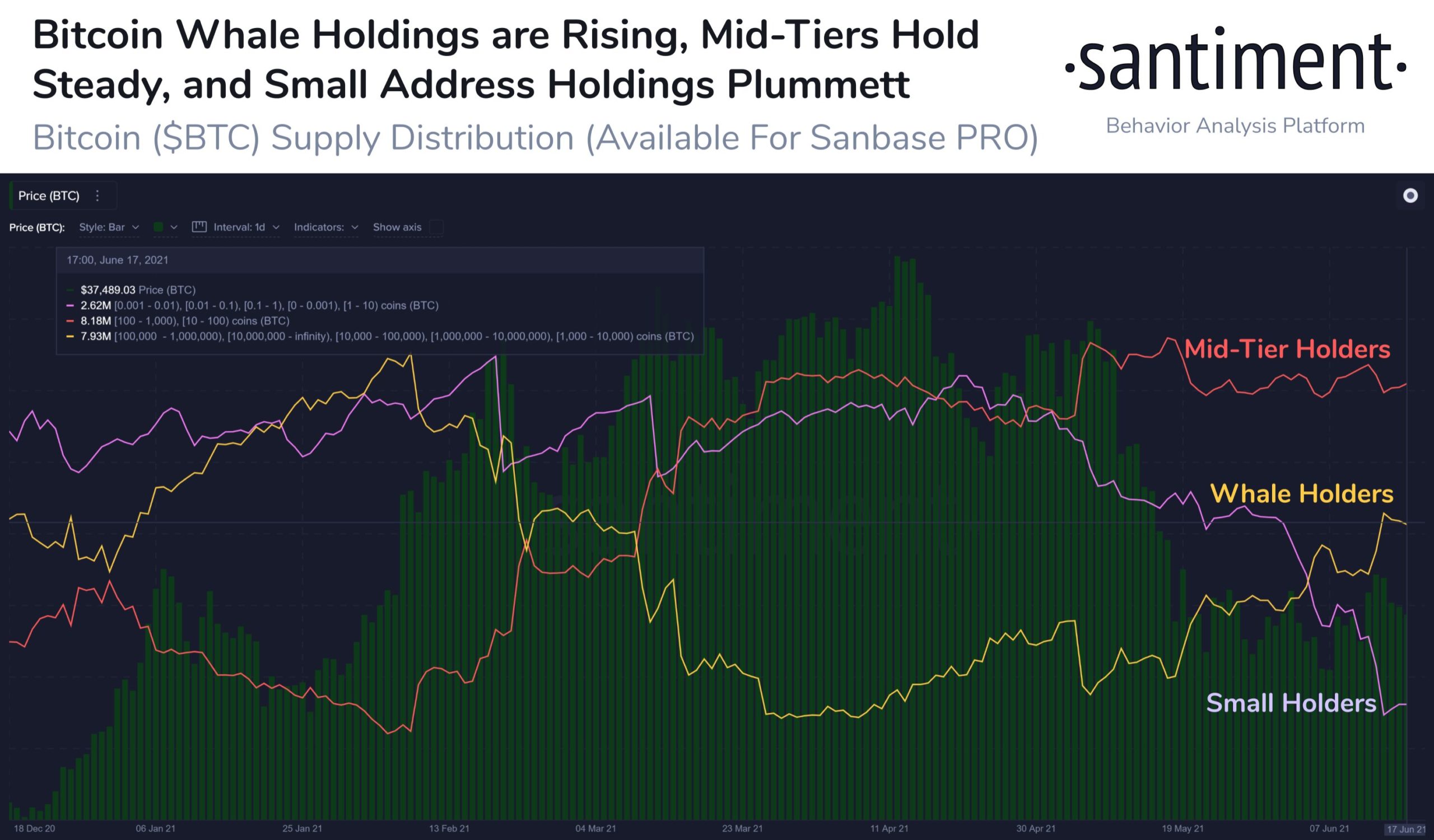 Alternatively, on-chain data analytics Santiment noted that Bitcoin’s declines to recent lows shook off weak hands. As of June 18, the analytics firm indicated a sharp decline in small addresses count while large and medium BTC holder addresses have continued to show a pattern of accumulation which is somewhat bullish. Stating:

Pros, Cons, and Who Should Set up an Account

What is it and how do you invest in it?

Trend Line Touch Could Send Bitcoin On A Tear

Stock Futures Today - Why Polycab India Limited (NSE:POLYCAB) Could Be Worth Watching