Earnings data from Visa indicates that this spring’s peak in the price of bitcoin and other cryptocurrencies had an impact on the payments giant’s cross-border transaction volume.

The “bump” in volume was discussed during this week’s fiscal third-quarter earnings call with Visa executives.

As Vasant Prabhu, Visa’s CFO, noted during the call (per a transcript) on Tuesday:

Prabhu later noted that such activity has fallen — largely in line with the price of bitcoin and other digital assets. “We had a spike in April and May, as we mentioned. So that has pulled back in July, as you can see,” he remarked.

When questioned about the crypto-related impact on the cross-border numbers, Prabhu highlighted how similar traffic bumps have occurred in the past. Specifically, the volume increases appear to be a result of people using their cards to make purchases from overseas exchanges.

“We’ve seen a few months here and there of these kinds of spikes in purchases,” Prabhu explained. “So essentially, most of the time cryptocurrency impacts our business is when purchases go up. A lot of the people who buy crypto are buying them from entities that are non-US based, often based in Europe. So these end up being cross-border transactions when they buy cryptocurrencies like Bitcoin.”

“And so when there is a spike in buying activity, you will see that in some of our cross-border e-commerce numbers,” he continued.

The chart below illustrates the bump in cross-border volume that Visa experienced, courtesy of The Block Research: 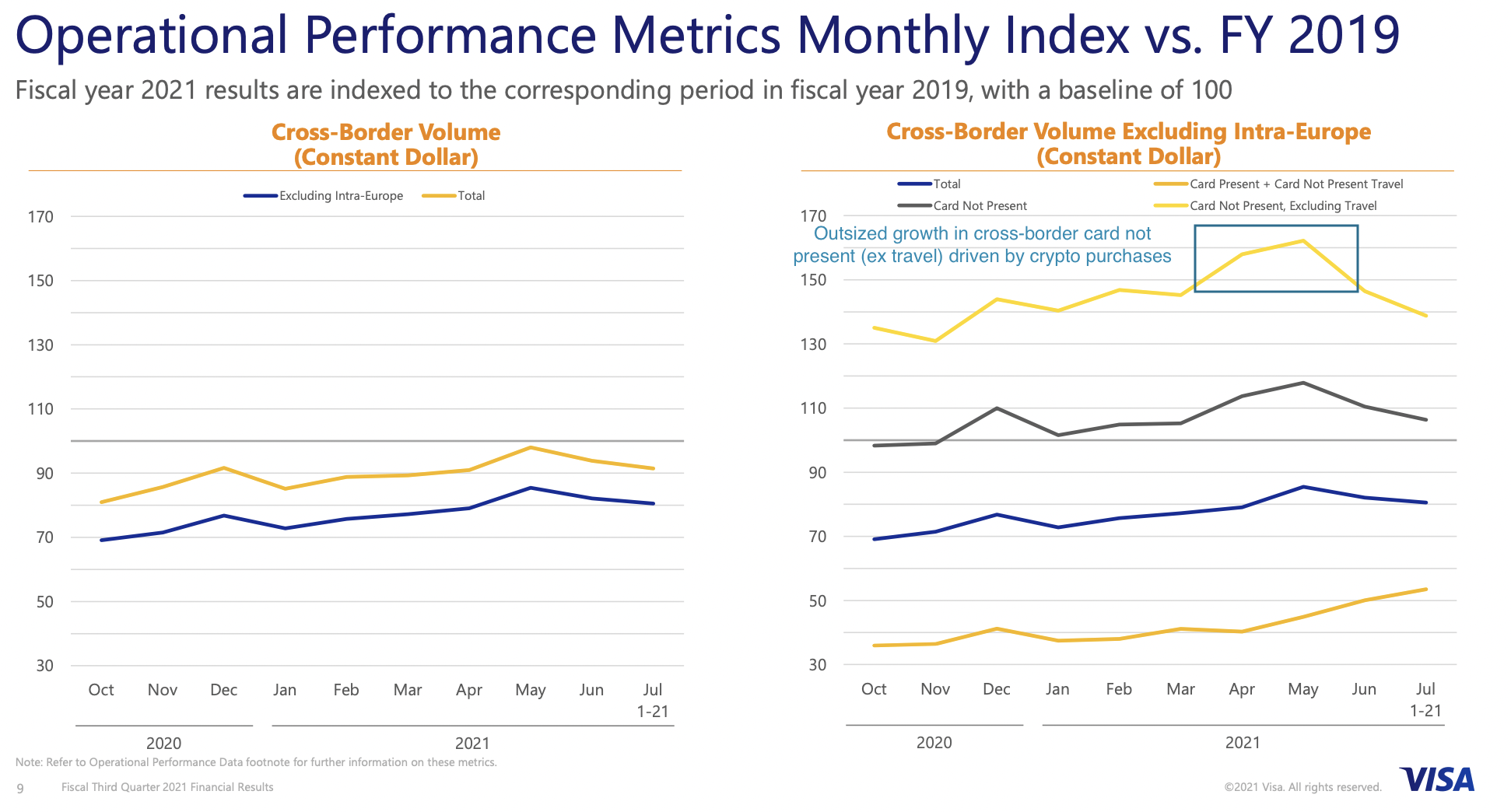 Looking at the weekly data, one can see the heightened cross-border volume spiking during the period in which bitcoin’s price was ranging in the highs above $55,000. Bitcoin hit an all-time high of roughly $64,800 in mid-April, and was last above $50,000 on May 14. 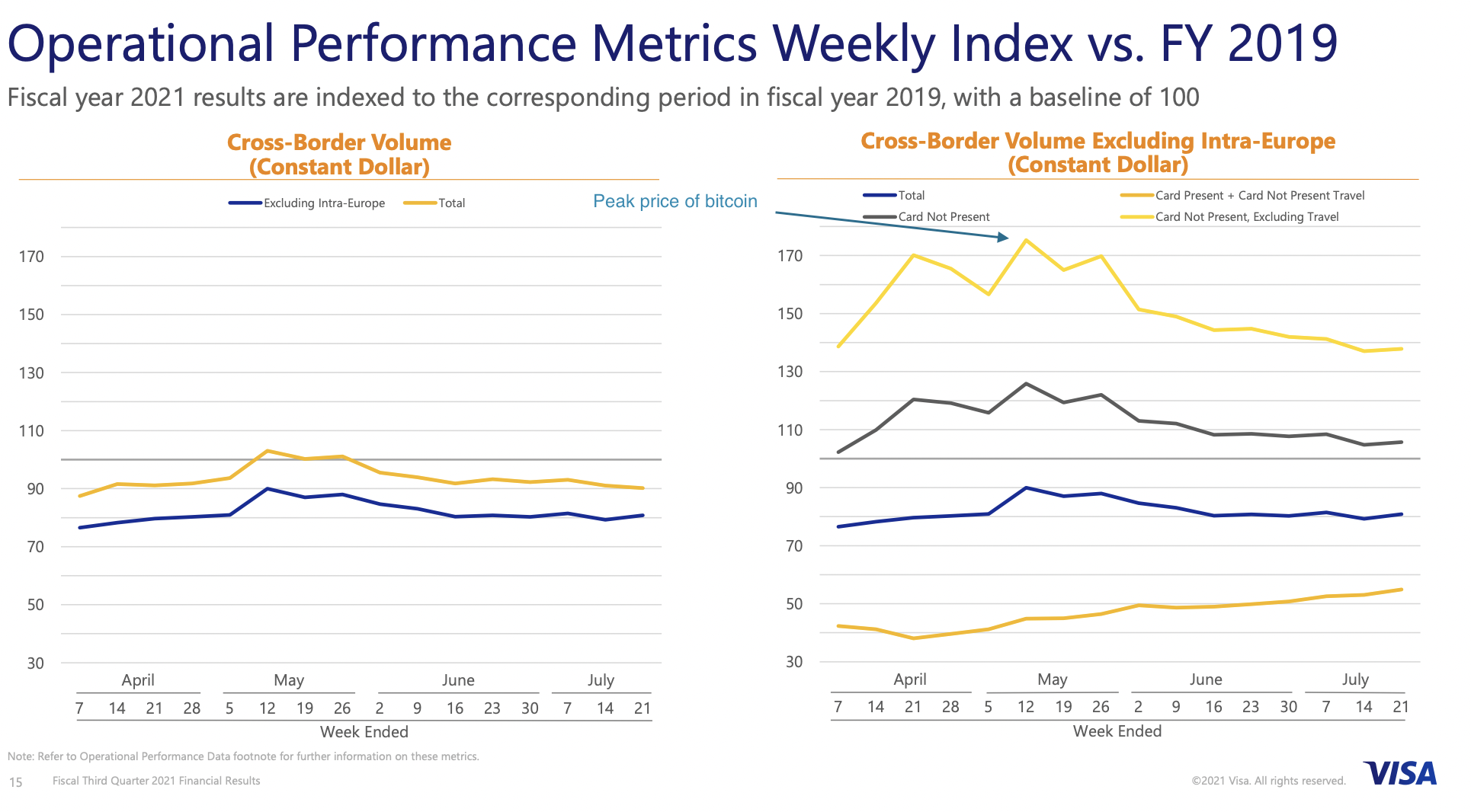 Robinhood Shares Fall as Much as 12% in Trading Debut