Alaska Airlines is a full-service US airline based out of Seattle. The carrier operates a fleet of nearly 200 mainline jets with plans to grow the fleet as the airline navigates the tumult of the recovery. However, if there is one thing the airline is thankful about, it is very glad that it does not have any lie-flat seats on its planes.

Alaska Airlines is “thankful” it has no lie-flats

“We feel really good. We are very thankful that we maintained a non-lie-flat position. We think our first class seats are spot on for the demand environment.”

All of Alaska’s premium cabin seats are recliner-style seats that are similar to international premium economy on a carrier like American Airlines and in line with many carriers’ domestic first class product.

Premium cabins are generally considered as the cabins where business travelers and the big corporate accounts are spending. So, in relation to how Alaska’s product works for the current environment, Mr. Harrison stated the following:

“Our business is down, whether you measure it by bookings or revenues, just like everybody else’s are. I think where we have a unique strength is, especially in Alaska, are in the commercial slopes, the fisherman, the oil workers, those types of things. We have strength. And, just the nature of our business, we still have a lot of small business travelers who do a fair bit of travel. The big ones that are the challenge, obviously, are the Microsofts and the Amazons with very strict policies right now on no travel.”

Alaska’s product is in line with most domestic offerings

Alaska Airlines is pretty much in line with most domestic offerings. On most domestic routes in the US, where major US airlines are flying Boeing 737s or Airbus A320s, most passengers in a premium cabin are settling onboard in a recliner-style seat.

There are a few markets where this is not the case, and that includes the transcontinental market. Alaska Airlines is putting its Boeing 737s and Airbus A321s with recliner-style seating on some hotly contested routes, such as from Los Angeles to New York. The same style of seating is also available on the carrier’s new Boeing 737 MAX jets.

Whether it be JetBlue or Delta, every other major US airline is offering a full lie-flat product on the route, so Alaska Airlines does stand out for bucking that trend.

However, what is important to recognize is that Alaska is usually one of the cheapest on the route, for precisely that reason. Loyal Alaska flyers, small business owners, or just leisure travelers who want to buy into a premium cabin without shelling out too much money can hop onboard an Alaska Airlines flight for less than on any other carrier.

Alaska seems pleased with no lie-flats

Lie-flat seats are a risk for multiple reasons. First off, the seats are expensive to put onboard a plane, and they have more components that could break and need fixing. However, this is not necessarily the most important cost to an airline. 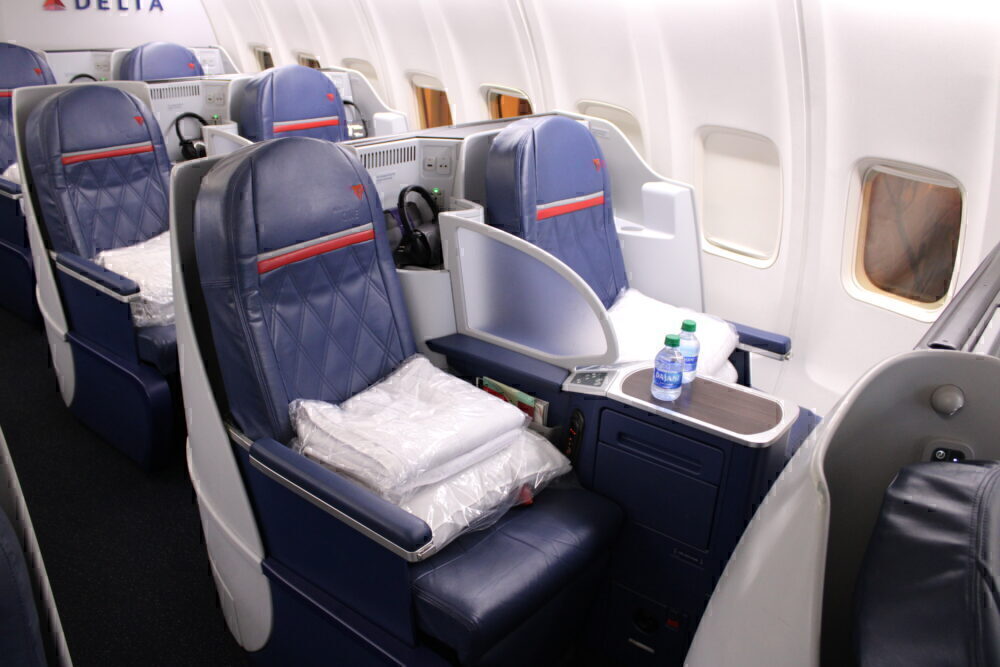 Lie-flat seats on a plane mean either fewer business class seats in a cabin or else fewer coach seats. Which, unless an airline can get a revenue premium, means an expensive boondoggle and a potential for running up losses.

As for if the airline will put lie-flats onboard its aircraft, it is unlikely to do so. With access to oneworld partnerships from the end of March, the carrier can leverage its international partnerships and access to destinations for its corporate and premium customers and so it can get by without having a lie-flat cabin onboard.

Alaska’s brand is not lie-flat, and it has done well for itself over the years with its current configuration. And, as the popular saying goes, it is best not to rock the boat and let the airline continue to do what it does.

Do you think Alaska Airlines should put lie-flats onboard its planes? Let us know in the comments!

Boeing Stock price – Why Doesn’t The United States Have A Flag Carrier?

Boeing Stock price – The Hindu Explains | What are the concerns around the ‘engine failure’ of a Boeing 777, and why is the aircraft maker under scrutiny?

Gamestop Corporation (NYSE:GME), (AMC) - How And Why Did The Stock Market Crack This Week?