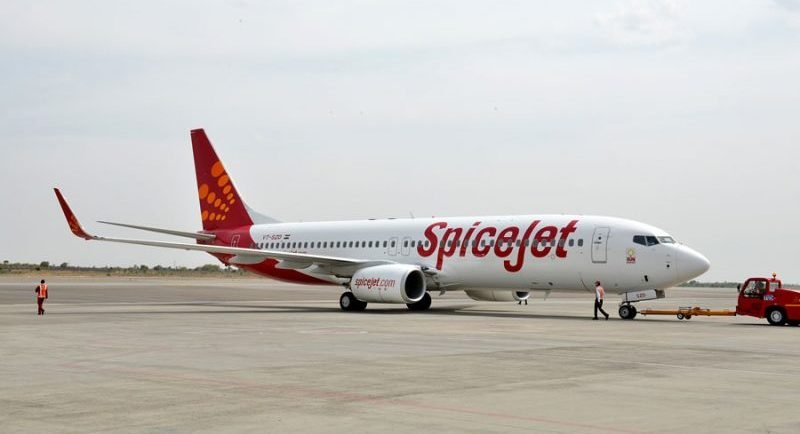 The Ras Al Khaimah Worldwide Airport (RAK Airport) is about to obtain the primary industrial flights from Indian low-cost service SpiceJet on November 26, 2020.

The return flight SG 161 will depart RAK Airport at 1.50am on Monday and Friday, touchdown in Delhi at 6.40am. Extra SpiceJet locations throughout the Indian sub-continent might be added within the coming months.

The event suggests a gradual return to regular travelling exercise following the Covid-19 pandemic, spokespersons for the 2 operations stated.

SpiceJet’s connection to 28 locations throughout the Indian sub-continent and RAK Airport’s place as an increasing journey and logistics hub will create notable financial development and momentum in each international locations.

“The graduation of SpiceJet passenger flights into RAK Airport is a big step ahead in serving to the UAE get again to a standard footing within the wake of the Covid-19 pandemic,” stated Sanjay Khanna, CEO of Ras Al Khaimah Worldwide Airport.

“The Indian expatriate community in the UAE numbers almost 3.5 million people and constitutes 27 percent of the population, making connectivity between our two countries an imperative. With UAE and India being each other’s largest trading partners, RAK Airport has an essential role to play in the business and economy of the emirate, especially in view of Ras Al Khaimah’s efforts to diversify its economy from heavy industry to one that is knowledge-based and underpinned by human capital and tourism.”

“Ras Al Khaimah was named Gulf Tourism Capital for 2021, holding onto the title for the second year running and providing a significant boost to the Emirate’s plans to attract 2.9 million visitors by 2025, and we aim to play an important part in helping achieve this goal.”

“We are delighted to start commercial operations into Ras Al Khaimah International Airport – one of our most important strategic partners in the region – with the new schedule commencing November 26, 2020,” stated Ajay Singh, CMD SpiceJet.

“SpiceJet has played a pivotal role in opening up the UAE to Indian travellers and reconnecting families. As we enter the post-coronavirus phase, we are looking forward to continuing to play a vital role in Ras Al Khaimah’s ongoing growth and development, especially its tourist sector, which is anticipated to experience a surge in visitors now that travel restrictions are slowly being eased.”

In response to an Indian authorities initiative and in partnership with RAK Airport, SpiceJet repatriated nearly 53,000 Indian nationals on roughly 300 flights from the start of June.

US: Boeing surges on a blended day for stocks, Stocks