Boris Johnson has said his government is “prioritising” China’s systematic persecution of Uyghur Muslims in the province of Xinjiang despite whipping his own MPs to vote against their conscience on the matter.

The prime minister’s comments came in a letter to Nus Ghani MP after she joined Jewish News and Rene Cassin to pen a letter to the British leader late last year. It was backed by community leaders including the Board of Deputies and 50 parliamentarians.

In his letter to Ghani, written one month ago but only released this week, he said he shared her concern about “the deeply worrying situation in Xinjiang”, arguing that the UK had “played a leading role in holding China to account”.

Our front page, after the letter signed by 150 Parliamentarians was handed to Number 10

Activists, including the Uyghur Muslim Congress, say China has felt no significant pressure to change its policy of extra-judicial detention, through which hundreds of thousands of Uyghur citizens have passed. Many remain detained, either in vast “re-education” camps or as forced labourers.

The PM said the government had raised the issue at the UN and asked companies to consider their supply chains to ensure that products such as cotton are not sourced from China’s east.

Acknowledging the role of Jewish News, Johnson said: “Please be assured that the situation in Xinjiang remains a priority for this government and we will continue to take action in response to the gross and egregious human rights violations taking place in the region.” 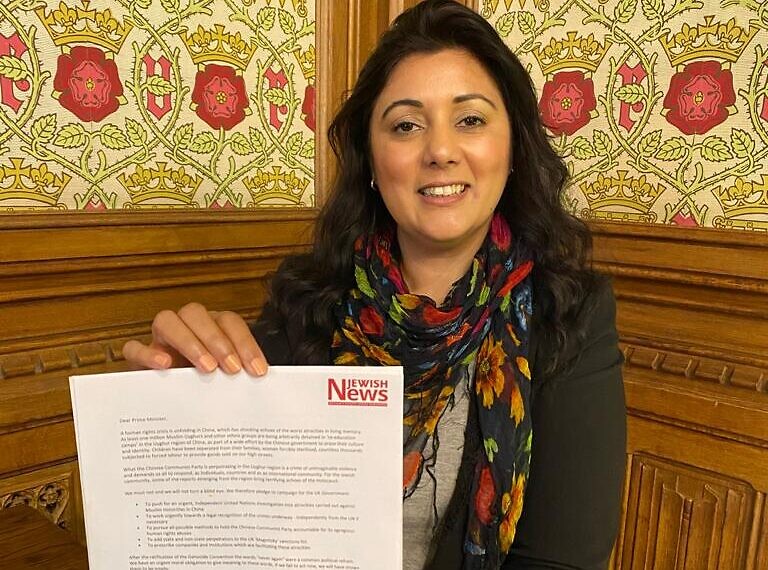 The letter was released in the same week that the government thwarted the latest attempt to include an amendment to the Trade Bill, which was also supported by  Jewish groups, human rights campaigners and Holocaust survivors.

The amendment would let senior judges rule on whether a country was currently committing genocide – as per the accusations against China – and limit the government’s ability to trade with them if they were.

Ministers said it was a question of checks and balances, the power to trade resting with the executive and parliament, not with the judiciary. Whips later successfully pressured Conservative MPs not to vote against the government. 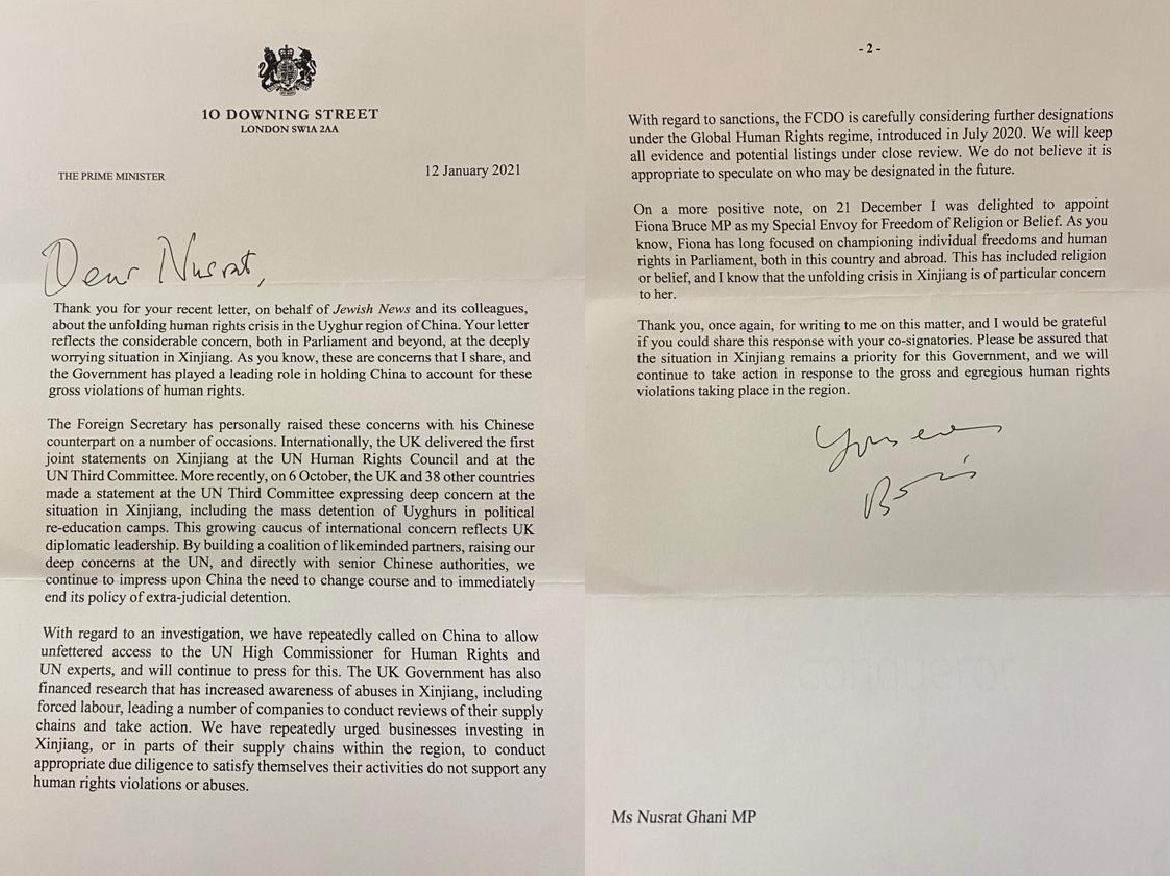 Letter from the Prime Minister to Nus Ghani MP