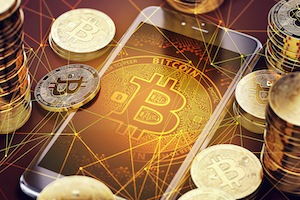 It might be concern about future inflation, the economic impact of COVID—or just the rapid increase in the value of that digital currency called Bitcoin—but some are now talking about it as a retirement investment—and perhaps even a retirement plan investment. How do NAPA-Net readers see the future?

Up front I’ll just acknowledge that the response rate was a bit lower than normal—which might reflect a distraction factor—or perhaps unfamiliarity with the topic. Regardless, we started by asking if readers had made a personal investment in Bitcoin—an even 50% had not, though nearly a third (31.25%) had “a while back,” with the rest split evenly between “yes, but only fairly recently,” and “not yet.” One reader commented “I’m irresponsibly long Bitcoin”—but another cautioned “Until it becomes regulated, I don’t plan to touch it.”

Then we asked if it had come up as a retirement plan investment option with their plan sponsor clients—and for just over half the response was, effectively, “no”—31% saying not yet, 22% “no”—and 6.25% commenting “you’re kidding, right?”

On the other hand:

“A few clients joked about it,” explained one. “Our compliance will not allow such an investment in a plan or any client account.” One commented it was “only in a trustee-directed plans.”

Another noted, “Our Fiduciary process would not allow an unregulated offering in our plans that we oversee. Bitcoin is speculation, not an investment at this point in time.” One reader clarified, “To be clear, it’s not coming up with the committee, it’s coming up with employees, and only twice.”

One commented, “I would do everything in my power from keeping a Plan Sponsor away from gambling on bitcoin.”

As for their opinion on Bitcoin as a defined contribution plan investment option:

6% – I don’t really have an opinion on the subject.

None of this week’s respondents were “already doing/recommending it.”

“Not appropriate for all Plan participants which is the responsibility for a fiduciary under a retirement plan,” noted one. “Best left to outside personal investing for those that wish to take that risk on.”

“Maybe some year in the future, but I doubt it. Too volatile, non-diversified and speculative,” said another. “Maybe in prepackaged solutions, not as a participant option,” commented another.

“I think I’ll end up this year with as many plan sponsor clients who will have it as those who have precious metal funds, which would be zero,” another said.

“Any option in this space would need to be in a self directed brokerage,” noted another. “We would never cover as a fiduciary.”

And, if the responses were, overall down numerically, there were still plenty of additional comments:

It’s not investment, it is speculation, big difference and a rabbit hole we’re not willing to go down until such time that it becomes regulated.

Is it real or is it just another Tulip?

Bitcoin and other similar investments have no place in the (mostly) conservative tried and true investment world of retirement plans. Save those type of investments (Bitcoin) for your “fun” or “I can accept that risk” investments.

My household and my business are on a bitcoin standard. In other words, it’s our cash reserve asset for both and has been for almost a year now.

Bitcoin only has value if the people who use it, or buy it, feel that it has value. At least with the American dollar, the Fed backs it up.

It’s a speculation, not an investment.

The “greater fool” theory is at work here. Hopefully, someone more foolish than you is willing to pay you more than you paid. This isn’t investing, it’s gambling.

Bitcoin is the “millennials’ gold.” It is a trading assets at present. While it may find a place in a prudent asset allocation as it matures, to date it has not done so.

While i understand bitcoin as an investment, I don’t understand it as a form of currency. why would anyone want to use a risky asset as a base to pay ongoing expenditures? maybe i am missing something here, but this is like paying my monthly bills out of an emerging markets fund instead of a checking account… not saying i wouldn’t invest in the emerging markets fund, just wouldn’t want the risk month to month of my regular expenses being so volatile.

I believe that bitcoin has a ton of hurdles to jump before any sort of significant presence in qualified retirement plans becomes a reality.

I am concerned that other cryptocurrencies could get hacked and tarnish the whole lot.

I think the volatility makes Bitcoin an inappropriate investment in Retirement Plans. the potential gain is not worth the downside risk. it should be done in non retirement accounts so the tax write off hedges the downside of a loss.

People need to understand the risk and make an appropriate allocation just like any other asset class.

Oh—and as a final check in, we asked readers how they were “doing”—and I’m happy to say, things are looking… great (for the very most part):

“Encouraged by the progress being made with Vaccines, looking forward to getting to the other side of all of this.”

“The sun is shining, the temps are warming up, and the markets are doing fine. No complaints.”

Thanks to all who participated in this week’s NAPA-Net Reader Poll! Have a GREAT weekend!

Bitcoin Prices Have Been Struggling To Recover After Falling Below $60,000