Global stocks rose cautiously even as higher oil led to worries of stagflation. In Europe, the FTSE 100 index rose by 0.56% while the DAX and CAC 40 indices rose by more than 0.70%. Meanwhile, in the United States, futures tied to the Dow Jones, S&P 500, and Nasdaq 100 indices rose by more than 0.40%. Investors are worried about stagflation, which happens when inflation is high and economic growth is slow. In the UK, fuel prices rose to an eight-year high as the shortage continued.

Investors are also worried about the American debt ceiling. Republicans in the Senate have pressed Democrats to use reconciliation in a bid to hike the debt ceiling. While Democrats can use the reconciliation process, the approach will be relatively long. The Senate has a deadline of October 18th to pass the bill. Failure to do that, the country will be unable to issue new debt and pay its existing obligations. It will also lead to a higher cost of borrowing.

The Australian dollar declined slightly after the R(BA) delivered its interest rate decision. The bank decided to leave interest rates unchanged at 0.10%. At the same time, the bank expects that the earliest it will be able to hike rates will be in 2024. It will also continue with its yield curve control program and the quantitative easing program. Data published earlier today showed that Australia’s exports increased by 4% in August while imports dropped by 1%. As a result, the country’s trade surplus expanded from more than A$12.11 billion to more than A$15.07 billion.

The AUDUSD pair declined to 0.7245 after the R(BA) decision. It then erased some of those losses to the current 0.7275. On the hourly chart, the pair is above the ascending trendline shown in green. It also moved above the 25-day moving average. The pair is also slightly below the important resistance level at 0.7315, which was the highest level in September. Therefore, the pair will likely keep rallying as bulls target the next key resistance at 0.77350.

The EURUSD pair declined slightly after the latest Eurozone services and composite PMI data. It is trading at 1.1600, which is slightly below this week’s high of 1.1640. On the hourly chart, the price is along with the 25-day moving average while the MACD has moved to the neutral level. The Chaikin oscillator has also declined below the neutral level. Therefore, the pair will likely remain in this range during the American session. 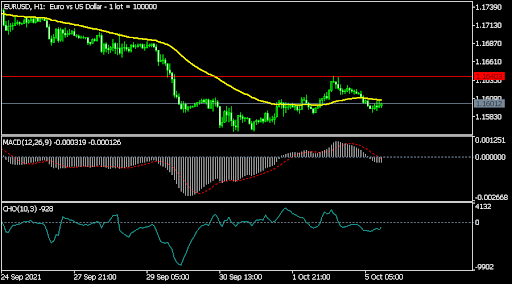 The FTSE 100 index was little changed after the latest Greggs earnings. The index is trading at £7,056, which is slightly higher than last week’s low of £6,965. On the four-hour chart, the index is along with the 25-day moving average while the MACD is below the neutral level. The price is also along the variable index dynamic average. Therefore, it will likely remain in this range this week. 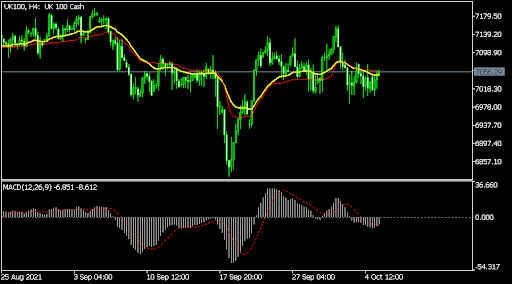 China Orders Entertainment and Tech Firms to Stay in Their Lane

French and Benelux stocks-Factors to watch on Feb 12