Academy Sports and Outdoors (NASDAQ:ASO) had its target price raised by equities research analysts at JPMorgan Chase & Co. from $32.00 to $35.00 in a research note issued on Monday, The Fly reports. The brokerage currently has an “overweight” rating on the stock. JPMorgan Chase & Co.’s price target points to a potential upside of 13.75% from the stock’s previous close.

Academy Sports and Outdoors (NASDAQ:ASO) last announced its earnings results on Monday, March 29th. The company reported $1.09 earnings per share (EPS) for the quarter, beating the Zacks’ consensus estimate of $0.50 by $0.59. The company had revenue of $1.60 billion during the quarter, compared to the consensus estimate of $1.58 billion. Equities research analysts expect that Academy Sports and Outdoors will post 2.4 EPS for the current fiscal year.

See Also: What is the yield curve? 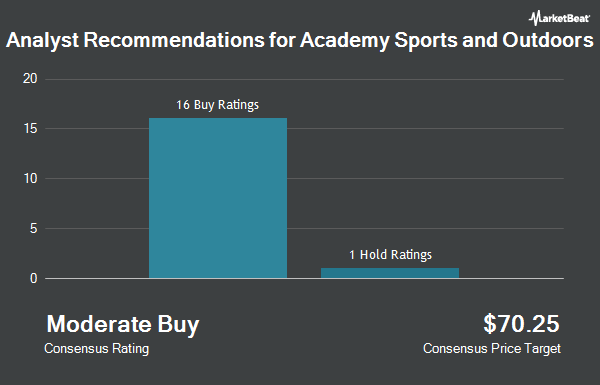 Featured Article: How to invest in a bear market

If you are looking for the next hot growth market, a market at the intersection of multiple secular trends, look no further than the EV market. Electric vehicles. It may not sound like much, but the days of EV as a fringe market are over.

Think about this. There is an average of 90 million vehicles sold annually. That’s units, not dollars, total sales of vehicles topped $3.1 trillion in 2019, and the number is expected to grow over the long-term.

The EV market is less than 3.% of global vehicle sales, but it’s growing. EV is expected to account for more than 50% of the total auto-fleet by 2050, and that target could be reached much sooner if battery technology advances.

When it comes to the EV market, it’s a “rising tide lifts all ships” kind of market, but there are still some clear winners to focus on.

View the “8 EV Stocks To Electrify Your Growth Portfolio”.

American Express Stock – The cryptocurrency industry is going to Washington.

American Express Stock - The cryptocurrency industry is going to Washington.