Meanwhile in the world…

Home » Meanwhile in the world…

As 2020 faded into history, many heaved a sigh of relief, hoping it would also mean leaving behind the deadly coronavirus. The pandemic had humanity in a spin during the year. But as people recalibrated and started living with the virus, there were many other significant events that perhaps did not catch the attention that it deserved, as we all were busy finding ways and means to navigate a world disrupted big by the novel coronavirus.

Racial injustice brought shook our conscience after the killing of Black American George Floyd and the World Food Programme Executive Director David Beasley warned of food pandemic with its report  highlighting that in 55 countries, 135 million people faced crisis-level food insecurity –  and that too without counting the pandemic impact.

If the US desired a political change and voted against Donald Trump, New Zealanders reposed faith in Jacinda Ardern by choosing her liberal Labor Party for the second term with a landslide majority. In her victory speech, Ardern said her party had gotten more support from New Zealanders that at any time in at least 50 years and promised to govern for all New Zealanders.

“We are living in an increasingly polarised world, a place where, more and more, people have lost the ability to see one another’s point of view,” she said. “I think in this election, New Zealanders have shown that this is not who we are.” And then, she unveiled an “incredibly diverse” cabinet, which includes New Zealand’s first openly gay deputy prime minister and a foreign minister with a Maori facial tattoo.

As 2021 gets off the block, here is a look at the ‘other many first-ever’ events of the year gone by. 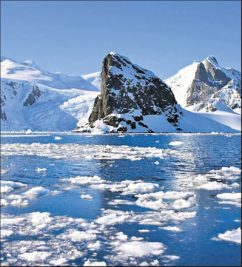 Scientists recorded Antarctica’s first heat wave between January 23 and 26. Australian Antarctic Program researchers recorded the heat wave event at Casey research station in East Antarctica during the 2019-20 southern hemisphere summer. They warned that the changes could affect global weather patterns and have a drastic impact on plants and animals. During the period, minimum temperatures were higher than zero degrees Celsius while the maximums peaked above 7.5 degrees. On January 24, 9.2 degrees Celsius was recorded, 6.9 degrees higher than the station’s mean maximum.

Ice in the Arctic Ocean melted to its second lowest level on record this summer, triggered by global warming along with natural forces. The extent of ice-covered ocean at the North Pole and extending further south to Alaska, Canada, Greenland and Russia reached its summertime low of 1.4 million square miles in September. Arctic sea ice reaches its low point in September and its high in March after the winter.

This year’s melt is second only to 2012, when the ice shrank to 1.3 million square miles, according to the National Snow and Ice Data Center, which has been keeping satellite records since 1979. In the 1980s, the ice cover was about 1 million square miles bigger than current summer levels. Data centre director Mark Serreze said a Siberian heat wave last spring and a natural Arctic climate phenomenon were at play as well as the warming from the burning of coal, oil and natural gas. Temperatures for much of the year were 14 to 18 degrees (8 to 10 degrees Celsius) above normal in the Siberian Arctic. The Arctic is feverish and on fire. And that’s got scientists worried about what it means for the rest of the world. 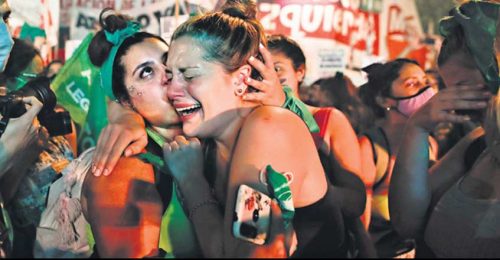 Argentina became one of only a handful of South American nations to legalise abortion. Hundreds of thousands of illegal abortions are carried out every year in the nation of 44 million, and pro-choice campaigners have long urged authorities to put an end to dangerous backstreet terminations by legalising the process. “It becomes law,” said Senate president Cristina Kirchner, after more than 12 hours of debate, legalising voluntary abortions at any stage up to 14 weeks of pregnancy.

“The mutilation of a woman’s genital organs is now considered a crime,” the justice ministry said, punishable by up to three years in prison.  Nearly nine out of 10 girls in Sudan fall victim to FGM, according to the United Nations. In its most brutal form, the barbaric practice involves the removal of the labia and clitoris, often in unsanitary conditions and without anaesthesia. The wound is then sewn shut, often causing cysts and infections and leaving women to suffer severe pain during sex and childbirth complications later in life. 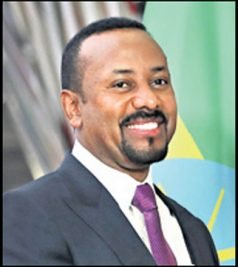 Abiy (44) announced the campaign on November 4, saying it came in response to an attack by Tigray’s ruling party, the Tigray People’s Liberation Front, on two federal military camps, an accusation the party denies. A communications blackout in Tigray made it difficult to verify competing claims on the ground. Officials said hundreds of people had been killed. World leaders called for an immediate halt to fighting and for dialogue, but Abiy repeatedly insisted on the need to preserve the country’s “sovereignty and unity” and “reestablish law and order”.

It is a remarkable turn of events for a leader who less than a year ago travelled to Oslo to accept the Nobel for ending a two-decade stalemate with neighbouring Eritrea after a brutal 1998-2000 conflict that left some 80,000 people dead and achieved little. Abiy declared in his acceptance speech that “war is the epitome of hell for all involved”, and his office still insists that this remains his position.

On August 4, approximately 2,750 tonnes of ammonium nitrate stored in the port of Beirut, Lebanon, ignited and set off a blast that destroyed large parts of the ancient city. According to WHO, the blast killed over 178 people, left more than 6,500 injured and 3 lakh people homeless. The explosions came at a time when Lebanon is suffering its worst economic crisis in decades, which has left nearly half of the population in poverty. 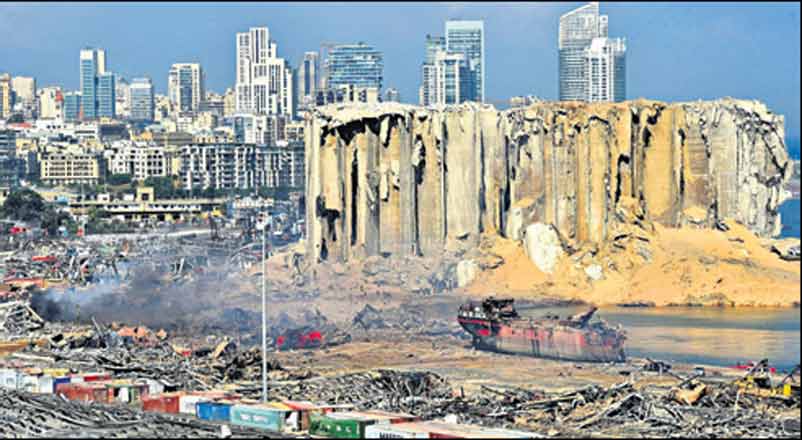 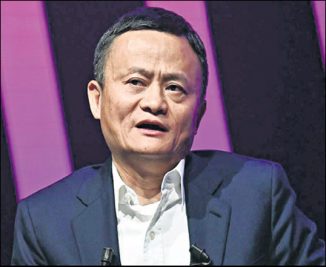 The Chinese giant Ant Group was likely to pull off the largest IPO in history, hoping to raise $34.4 billion. If successful, it would have overshadowed the IPO debut of Saudi Aramco in December 2019, which had raised a then-record $29.4 billion.

Ant Financial’s IPO would have valued the company at about $315 billion, bigger than JPMorgan Chase & Co, the largest bank in the United States. It was also set to be larger than payment rival Paypal Holdings Inc, and media giant Walt Disney Co.

But the planned stock market debut of the world’s biggest online finance company was suspended on Nov 3, disrupting a record-setting $34.5 billion IPO. The Shanghai stock exchange cited regulatory changes in Ant’s industry and a possible failure to meet disclosure requirements but gave no details. Ant operates Alipay, the world’s biggest financial technology company and, along with Tencent’s WeChat Pay, is one of two dominant electronic payment systems in China.

In April, the Pentagon officially released three videos – grainy black and white, taken by US Navy pilots showing mid-air encounters with what appear to be UFOs.  In one, the weapons-sensor operator appears to lose lock on a rapidly moving oblong object, which seconds later suddenly accelerates away to the left and out of view. In another video tracking an object above the clouds, one pilot wonders, if it is a drone. A task force under the US Navy is to investigate.

Oil prices plunged below zero in April as demand for energy collapsed amid the coronavirus pandemic and traders didn’t want to get stuck owning crude with nowhere to store it. Demand for oil collapsed so much due that facilities for storing crude became nearly full. 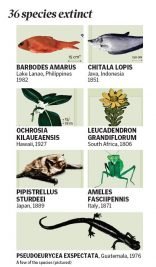 The International Union for Conservation of Nature confirmed the extinction of 36 animal and plant species, which have not been seen for decades.

Jupiter and Saturn reached the closest to each other on December 21. The last time the planets were this close was in 1623 and the next time this happens will be 2080.

The Argentine star beat the Brazilian’s record of goals for a single club when he netted his 644th career goal for Barcelona in December.

Now you can get handpicked stories from Telangana Today on Telegram everyday. Click the link to subscribe.

Chicago by the water | Deccan Herald

Clear communication expertise can breed success – how Toastmasters might help

Chicago by the water | Deccan Herald