Popular Mac app “Amphetamine” will remain on the Mac App Store after reportedly being threatened with removal over its name and branding, which Apple had said breached App Store guidelines. 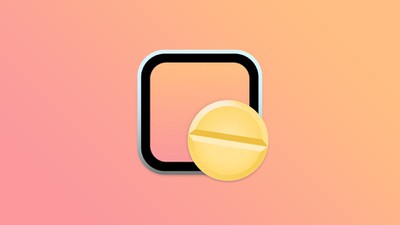 Amphetamine is a free Mac app that helps users to keep their machine awake for a set amount of time. Launched in 2014, the app has been downloaded over 432,000 times and is highly rated on the ‌Mac App Store‌. The app has also been featured by MacRumors in the past. After six years on the ‌Mac App Store‌, Apple suddenly decided that Amphetamine has been violating ‌App Store‌ Guidelines.

The developer of Amphetamine, William Gustafson, posted an extensive report on GitHub a few days ago explaining that a representative of Apple contacted him, saying that Amphetamine would be removed from the ‌Mac App Store‌ on January 12, 2021, if a number of changes were not made to the app. The representative indicated that Amphetamine breached the following requirement:

Apps that encourage consumption of tobacco and vape products, illegal drugs, or excessive amounts of alcohol are not permitted on the ‌App Store‌. Apps that encourage minors to consume any of these substances will be rejected. Facilitating the sale of marijuana, tobacco, or controlled substances (except for licensed pharmacies) isn’t allowed.

Gustafson filed an appeal and set up a Change.org petition that has garnered over 500 signatures in an effort to combat the claim against the app. And just a short time ago, he announced on Twitter that he had finished a phone call with the App Review Board and that Amphetamine will remain on the ‌Mac App Store‌.

Just got off a call with @Apple. Appeal accepted and Amphetamine will remain on the @AppStore. Thank you all for your comments, opinions, and action. We may not all agree, but I am happy we all still have the freedom to express ourselves today. ❤️ pic.twitter.com/PV7eB9aUfn
— William C. Gustafson (@x74353) January 2, 2021

Amphetamine has been directly promoted by Apple in a Mac App Store Story and has racked up over 1,400 reviews on the ‌Mac App Store‌, so it seems odd that the app was only being asked to change its branding now. Furthermore, Gustafson said that he has had countless interactions with Apple and its App Review Team regarding Amphetamine, but the issue was never raised before, so it is unclear what triggered the issue.

Kraken’s Dan Held Explains Why Bitcoin Could Be in Early Days of Super Cycle to $1,000,000