ME AND MY MONEY: Alvin Hall grew up poor in America

Home » ME AND MY MONEY: Alvin Hall grew up poor in America

Financial guru Alvin Hall says the best money decision he ever made was investing in some technology stocks in the 1990s.

Hall, 68, became famous on Wall Street for his work as a financial trainer and his ability to translate complex financial concepts into simple English.

He lives in a £1.5million apartment in Manhattan, New York, but has never forgotten what it was like to be poor and black in the South in 1950s’ America. He spoke to DONNA FERGUSON. 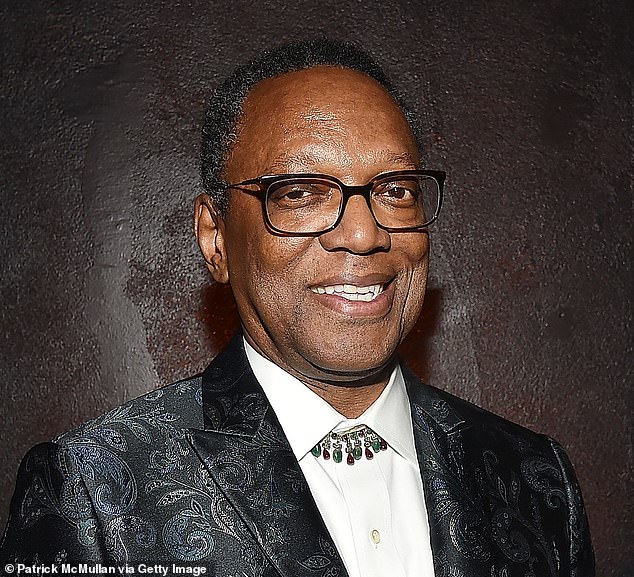 What did your parents teach you about money?

To handle it carefully and make sure you know what your priorities are. My parents were very poor. I grew up in the segregated South in America.

My mother worked as a maid, earning $25 a day, and my father was a cook in a Greek restaurant. He died when I was ten. My mother remarried several times and had seven children. I was the eldest.

I lived in a small village of 52 people, all of whom were my relatives, in the Florida Panhandle. We hardly had any money but when you live in the country, you don’t always know you are poor.

As a child, I learned to fish, hunt and grow vegetables. Once a month, my mother would go to town to get flour, corn, sugar and coffee, but everything else we ate we either caught, killed or grew. Every day, no matter how hot it was, we had chores to do and rows to hoe. That taught me a lot about self-discipline.

Have you ever struggled to make ends meet?

Yes. The worst time was when I was in my 20s. I’d just graduated from college and I was earning more money from my first job as a high school teacher than I had ever seen in my life.

I had so many credit cards – about 20 – and I overspent until I couldn’t make the minimum repayments. I got so distressed that I took a weekend job in a department store in ‘men’s furnishings’ selling underwear and socks. It took about 18 months to pay off all that debt. That’s when I became more responsible about money. I learned firsthand about budgeting, always having a safety net and making sure I never got into debt again. It all goes back to that period.

Have you ever been paid silly money?

What was the best year of your financial life?

I think it was 1998. That was the year Lehman Brothers hired me to do information training about how financial markets work. I probably earned around $500,000 that year, which would be like earning around £585,000 today.

The most expensive thing you have bought for fun?

It was an abstract painting by American artist Carroll Dunham. I bought it in 1998 using the income I earned that year. It is one of my rules: I only buy art and other things that I really want out of current income – never from savings. It cost about $65,000 [the equivalent of £75,000 today].

I didn’t buy it as an investment. I bought it because I loved the painting. But in 2008, I sold it for at least eight times what I paid for it. Then I took ten per cent of that money and bought another work – a huge drawing – by Dunham that now hangs in my bedroom.

What is your biggest money mistake?

Trusting a close friend about an investment. This was in 1985, early in my career on Wall Street. He was an impressive person. I believed what he told me about a healthcare company and invested in it without doing any research.

The stock collapsed and I lost $30,000, which in today’s money would be like losing £64,000. At the time, that was about half of my savings, half of everything I had in the world.

The best money decision you have made?

Buying shares in Dell – now Dell Technologies – Intel and Cisco Systems in the 1990s. I invested $4,000 in each company. Each investment has made me hundreds of thousands of dollars.

Do you save into a pension?

Yes and have done so since I was 21. I was raised when black people didn’t have the option to save, when you couldn’t have a bank account and few had a pension. I remember looking at what happened to the teachers who worked for the school system and were one of the few groups of people I knew who could retire financially secure. Everybody else struggled in their old age. For example, when my mother stopped working as a maid, that was it. There was no more money coming in except social security.

That taught me the importance of saving for a pension when I was young and I have been diligent about doing so throughout my life.

Now, my pension is worth a seven-figure sum. But when you’ve been raised poor, no matter how much money you have in the bank, it doesn’t feel like enough. You’re always thinking: what if it gets wiped out? So I think it’s a decent amount of pension money and it enables me to sleep at night. But it hasn’t reduced my desire to save, work and earn money.

Do you invest directly in the stock market outside of your pension?

Yes. I call it the ‘go for it’ account. I enjoy investing in the stock market because I like to invest in businesses that are growing and in people who have great long-term ideas and create things that will change the way we function in the world. Look at what technology has brought us and the medical breakthroughs that have occurred with biotech. It’s amazing. Putting my money into something like that – being part of that growth – is exciting. Plus, I don’t want to invest in property. I don’t want to worry about the roof leaking or about paying for maintenance. I don’t want that responsibility.

Do you own any property?

Yes, I live in a two-bedroom apartment on Madison Avenue in Manhattan, New York. It has high ceilings, a beautiful terrace that is open to the sky and a 24-hour doorman. I paid $422,000 for it in the early 1990s and I think it’s now worth maybe $2 million [£1.5million].

What is the one luxury you treat yourself to?

Caviar. I love it. I’ll have it about four times a year. It costs about £300 for five ounces.

If you were Chancellor, what would you do?

I would improve financial literacy around interest rates on mortgages, credit cards, loans and savings accounts – especially when it comes to compound interest. I think an understanding of how these rates are related to each other, what causes them to change and the ways they are calculated, is fundamental to everyone’s financial literacy and comfort with money – especially when borrowing and using credit responsibly.

What’s your number one financial priority?

Making sure my pension pot is sufficient so that when I start to draw it, I won’t feel anxious.

Alvin’s podcast series Driving The Green Book, his journey to explore the segregated South, is out now.