Canadian Oil Exports Could Offer Support to the Tanker Market

Canadian Oil Exports Could Offer Support to the Tanker Market


An increase of seaborne crude oil exports from Canada could be the case in the future, after the latest setback regarding the Keystone XL pipeline project. In its latest weekly report, shipbroker Gibson said that “some major but unsurprising decisions shook the North American energy market last Wednesday. January 20th saw the US re-join the Paris Climate Agreement, ban the development of the controversial Keystone XL (KXL) project and temporary freeze drilling permits for federal land via executive orders signed by President Biden. For Canada, KXL would have increased pipeline volume by 830,000 bpd with a guaranteed extra 500,000 bpd for the next 20 years. This would have constituted an $8 billion investment package of which at least $5.8 billion has been financed by the Albertan Government and KXL owner TC Energy to increase the export potential of Canadian crude”.

According to Gibson, “one advantage to the pipeline would have been a reliable supply of heavy Canadian crude to US Gulf Coast (USGC) refineries geared for heavy grades such as Venezuelan Orinoco, Mexican Maya, and Middle Eastern grades. With the supply of heavy grades globally pressured by production declines, OPEC+ cuts and sanctions, USGC refiners would have welcomed the extra Canadian supply, whilst any surplus could have been exported by tanker. For now, with sanctions remaining in place for Venezuela and Iran, and further hurdles falling in the way of Canadian exports, heavy crude supplies will remain constrained in the short term”. 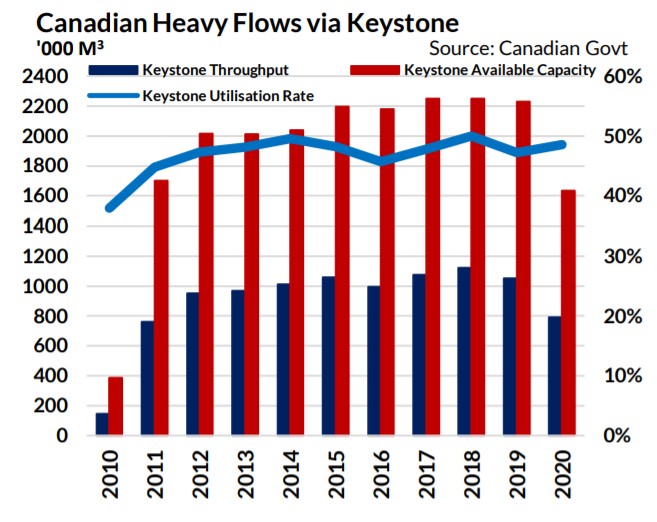 The shipbroker added that “as USGC refiners increase run rates post pandemic, heavy crude supplies will have to be increasingly sought from longer haul destinations, primarily the Middle East, and some heavier North Sea and African grades. Assuming Venezuelan sanctions remain in place, and Canadiansupplies remain constrained, increased US import demand would be supportive for tanker tonne miles. Yet, alternative pipelines could still increase Canadian volumes passing through to the USGC, such as Enbridge’s 844,000 bpd Line 3 replacement in addition to the Capline reversal project, which is expected to add 300,000 bpd of light crude from mid-2021”.

“Of course, the latest decision on the KXL line is significant setback for Alberta who will lose a major export opportunity, in addition to lost investment. It also raises big questions over future pipeline projects within the United States, which are likely to face increased political scrutiny. The Canadian government’s future commitment and support for provincial oil and gas projects is also in doubt. Ottawa is keen to develop an image of environmental support despite strong regional political pressures”, the shipbroker said. 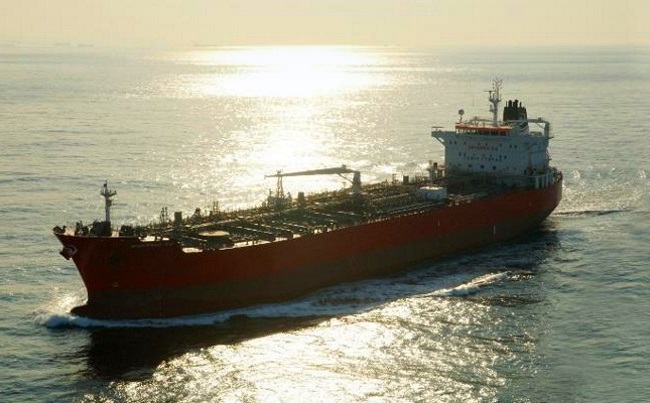 Gibson added that “one potential alternative for Canada is to expand existing pipeline infrastructure to enable greater seaborne export of its crudes. The $9.9 billion Trans Mountain Pipeline connects Alberta to terminals in British Columbia and is planned to add 890,000 bpd of capacity (a 14% increase in overall Canadian pipeline capacity) which would comfortably absorb lost volumes heading south to the USGC via KXL. However, it has faced long delays due to legal and environmental objections. Currently, the line has a scheduled completion date of December 2022 at the earliest if the project is sanctioned. Ironically, the Keystone XL setback is only adding extra support for the expansion of the Trans Mountain line. Diverting pipeline volumes destined for USGC refiners to the Trans Mountain project would support Aframax demand in the Pacific, with much of the volume expected to head to Chinese refiners. Overall, this could lead to a net gain for the tanker market with Canadian crude increasingly opened to a wider market”, Gibson concluded.
Nikos Roussanoglou, Hellenic Shipping News Worldwide