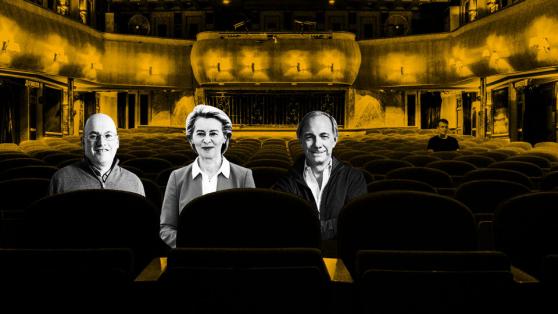 Read in the Digest

EU to Invest $177B into Blockchain

Since 2021, the European Union has made more moves to enter the crypto industry without final confirmation.

Less than a week after the IOTA Foundation announced that it had been chosen to develop EBSI (European Blockchain Services Infrastructure) infrastructure, the EU set to invest $177B in blockchain technology.

According to the report, the EU is preparing a $177 billion investment fund in blockchain services, data infrastructure, low-power processors, 5G communication, high-performance computing, secure quantum communication, and digital innovation among others.

While blockchain is one of the areas where the investment funds will be spent, there was no information on the amount to be invested in each sector. In addition, there are reports that the EU and the United States may collaborate in drafting standards for crypto and blockchain regulations.

Blockchain has been identified as one of the most crucial technologies for the future. When the EU is fully involved in the industry, blockchain technology will be used to build more efficient payment systems and shared infrastructure.

Gen Z and Millenials have made the news as the top investors in crypto. However, in Australia, we are seeing an increase in interest from baby boomers – those born between 1946 and 1964.

According to a report from BTC Markets, there is a 15% increase in the number of investors over 65. In addition, baby boomers now comprise 5% of the BTC markets’ estimated 325,000 customer base.

In a similar trend, hedge boomers in the United States are also shilling cryptos. Billionaire investors Steven Cohen and Ray Dalio are among the latest boomers to enter the crypto space. During a Wednesday conference in New York, Dalio stated that “I have more crypto than gold.”

American movie theatre chain, AMC, has revealed that it will begin accepting altcoins in addition to . According to the announcement made by the CEO, Adam Aron, AMC will accept , , and before the end of the year.

Cryptocurrency enthusiasts: you likely know @AMCTheatres has announced we will accept Bitcoin for online ticket and concession payments by year-end 2021. I can confirm today that when we do so, we also expect that we similarly will accept Ethereum, Litecoin and Bitcoin Cash. pic.twitter.com/uKcFyQotoJ

The popularity and adoption of cryptocurrencies are increasing by the day. With more companies beginning to accept payment in Bitcoin, it won’t be much longer before paying with cryptos becomes the norm.

Some Big Partnerships Could Be Coming to Cardano

Following the successful launch of the Alonzo hard fork upgrade, the Cardano network has entered a new era. The Cardano network can now launch smart contracts, putting it in direct competition with Ethereum and Solana.

Life after Alonzo appears to be going great for Cardano, with the Cardano Foundation teasing big partnerships.

Sidney Vollmer, the Head of Brand and Comms at the Cardano Foundation, tweeted, teasing the community with what’s to come;

Don’t really want to brag or anything but… some of the partnerships we’re announcing at the #CardanoSummit will blow people’s mind. Really grateful for the chances we at @CardanoStiftung have to change the world for the better, and have fun together. Tune in. pic.twitter.com/rkNDky49cw

The good news about the announcement is that the Cardano Summit will occur next weekend on September 25-26th. So the Cardano community will not have to wait long for details on who these partners are and their role within the ecosystem.

Cardano is the third-largest crypto by market capitalization with $79 billion. Cardano is predicted to grow even further thanks to the Alonzo upgrade and the coming partnerships.

Since the onset of the crypto industry, there have been different shades of scams and frauds. OpeanSea, which was recently valued at $1.5 billion, has admitted being a part of an illegal trading scandal.

The NFT marketplace, OpenSea, confirmed rumors via a blog post that one of their employees “purchased items that they knew were set to display on our front page before they appeared there publicly.”

The insider trading scandal of OpenSea shows that fraudsters are evolving their methods. OpenSea has stated that it will “update everyone eventually after an internal investigation is complete.”

According to Time magazine, the co-founder of Ethereum, Vitalik Buterin, the world’s second-largest cryptocurrency, has been recognized as one of the 100 most influential people of 2021.

While the Ethereum network, which has a market cap of over $420 billion, couldn’t have been built by Buterin alone, Time cited his role in building the Ethereum network. Time’s magazine now recognizes crypto as a business and already accepts crypto payments for digital subscriptions.

The inclusion of Vitalik Buterin in Time’s most influential people of 2021 shows that the world is embracing crypto more than ever before. It also appears that Time has accepted the crypto space as a business on its own.