WILL THE CONSOLIDATION HELP TRIANGLE PATTERN? 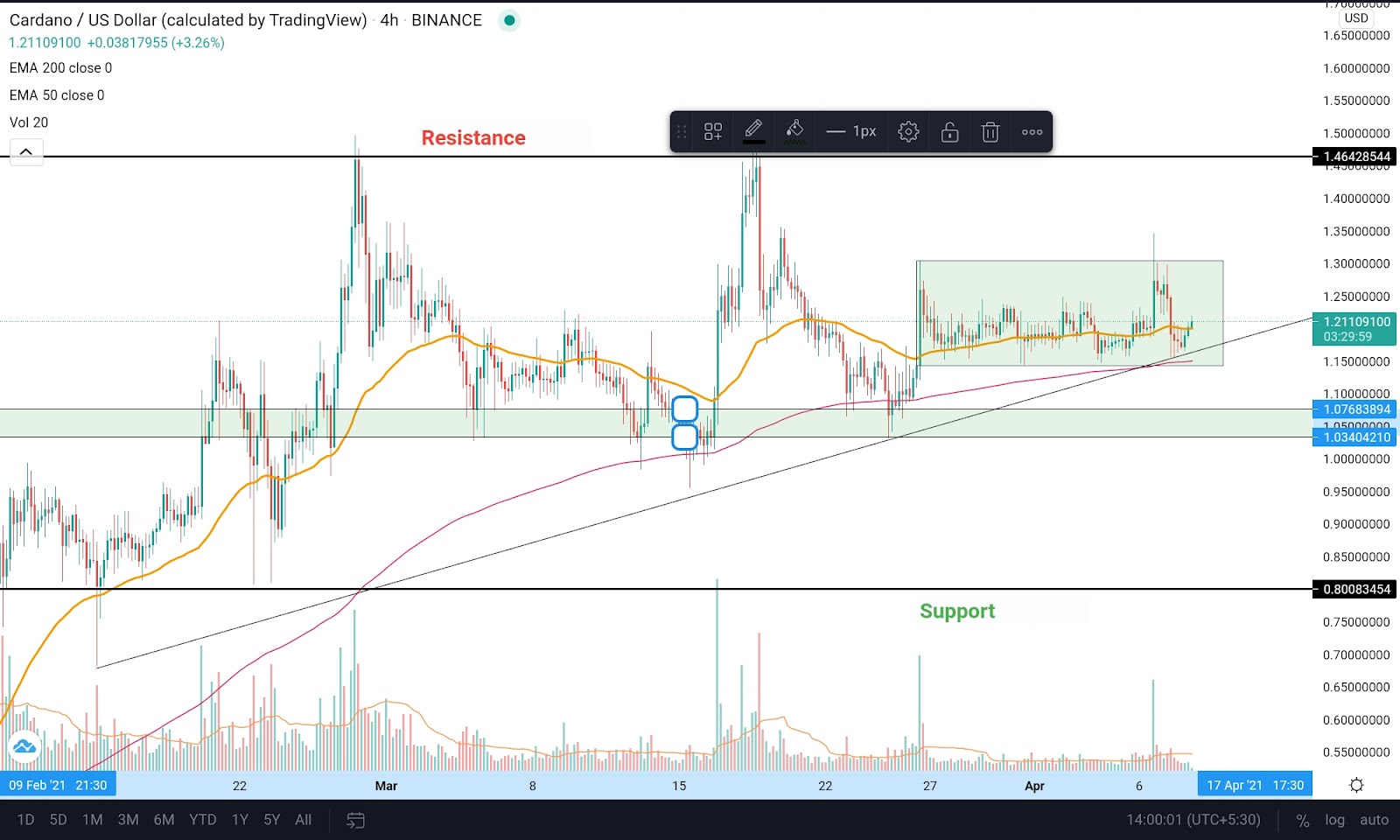 A support trendline and a support zone from $1.03 and $1.07 are present below the consolidation range, which could help in regaining the triangle pattern; however, as it happens in range, the price can move in either direction and therefore, early traders must be very very careful before picking aside. Fibonacci level of 0.236 has provided an excellent resistance for quite some time now, and hence, if the price breaks this level, one could think of the next target as the resistance level around $1.46.

Another support level is $0.80 below the previously mentioned support zone.

50 EMA (orange) is above 200 EMA (red), indicating a bullish trend, but the distance between the two EMAs has reduced significantly over the past month, which could bring the possibility of a bearish crossover.

As previously mentioned, the volumes are on the lower side due to the consolidation.

Consolidation ranges are double-edged. One must wait till a breakout is seen. An upside breakout will definitely help with regaining the triangle pattern, but the possibility of a downside breakout can not be neglected either. A possibility of crossover must also be kept in mind. Fibonacci levels will help in better decision-making.

Get this news hand-delivered to you on Telegram. Join our Telegram for similar News and Information related to CRYPTOCURRENCY, BITCOIN, BLOCKCHAIN NEWS, and price prediction.

SRNE Stock – Next big COVID-19 treatment may be manufactured antibodies

XLM price – Is Stellar (XLM) going up or down? Here’s my price prediction for April

Tron – TRON Cryptocurrency Bullish By 174% In The Last 30 Days