I think it is only a matter of time before we get an opportunity to buy Cardano on a better level.

Cardano initially tried to rally during the trading session on Wednesday but found the $1.60 level to be a bit too much in the way of resistance, as we have seen sellers jump in multiple times now. Looking at the chart, the $1.50 level continues to be a bit of a magnet for price, and I think it does make sense that we would see the market go back and forth from that area. Ultimately, I think Cardano is testing a very serious level that will determine where we go next.

What does concern me at the moment is the fact that we have formed a bit of a descending triangle, but it should also be noted that we have broken down below this level a couple of times recently, and buyers have stepped in to defend the $1.20 level. Unfortunately, Cardano, much like other alt coins, is essentially held hostage to what is going on with Bitcoin. Bitcoin has been very noisy to say the least as of late, and because of this I think what we are looking at is a scenario where we need to see what is going on with Bitcoin to get an idea as to what will happen with Cardano going forward.

If Cardano were to break down below the $1.20 level, that could open up the possibility of a move down to the 200-day EMA, which is closer to the $1.00 level at this point, and I think would be thought of as a longer-term indicator worth following. Because of this, I think it is only a matter of time before we get an opportunity to buy Cardano on a better level, but one thing is for sure: we are building up enough inertia that sooner or later we will more than likely have a more significant move. At this point, though, unfortunately the technical analysis suggests a roughly “50-50” chance of which direction we will go. If you are a longer-term buyer of Cardano, scaling into a position may make some sense as there is so much support underneath, but if you are a trader, this is the type of environment that you are going to have to let the market prove itself to you before putting money to work. 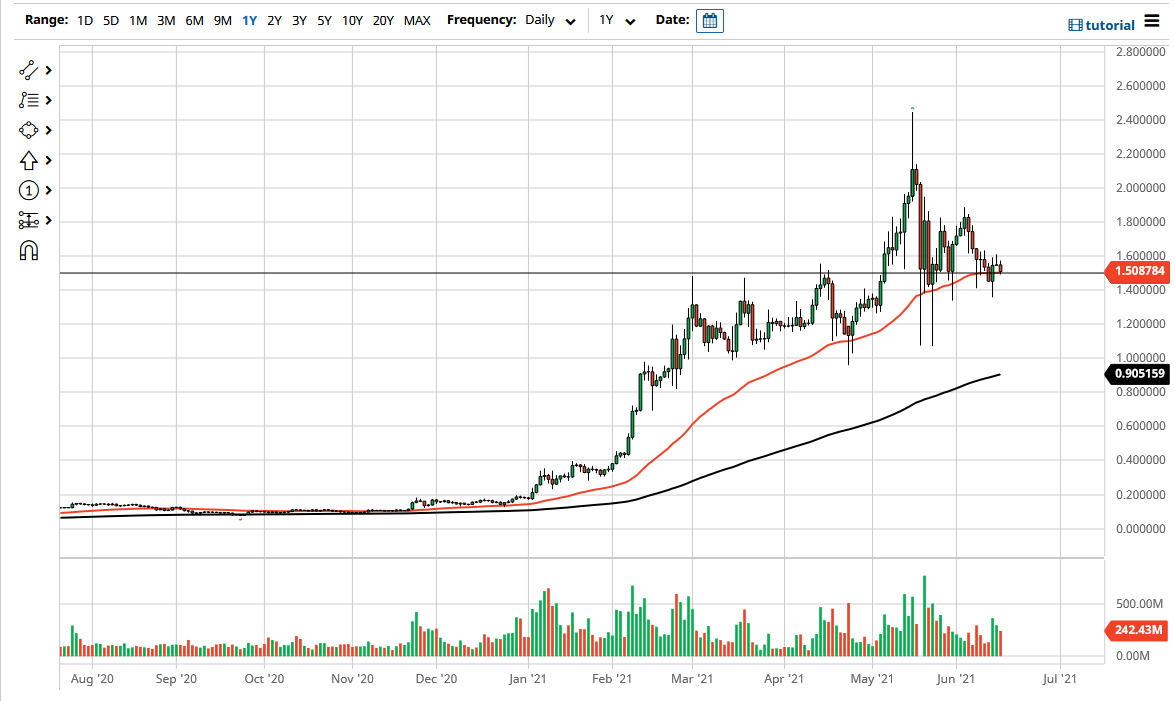 Disney Stock - Dear Disney: Where Are Our FastPasses?