Dogecoin price fever is set to continue as the popular cryptocurrency forms a symmetrical triangle pattern on the intra-day charts. A couple more oscillations may be necessary to complete the continuation pattern, but DOGE is readying to print new highs later this week.

On a bearish note, the latest Intotheblock In/Out of the Money Around price (IOMAP) data does show a wall of resistance between $0.3426 and $0.3522, where 63.57k addresses bought $9.4 billion DOGE. Meanwhile, the data shows little support down to the 50 four-hour simple moving average (SMA).

The IOMAP data suggests that the upside will be contained to the mid-point of the pattern in the short term, and there could be another test of the triangle’s lower trend line before price resumes higher.

Until yesterday, Dogecoin price was forming a clear cup-with-handle pattern on the intra-day charts, and the altcoin appeared primed to break out into new highs. However, the pattern has now evolved into a symmetrical triangle pattern with a measured move potential of 50% from the triangle’s upper trend line and a 100% gain from the current price. The measured move equals a price of $0.6294. 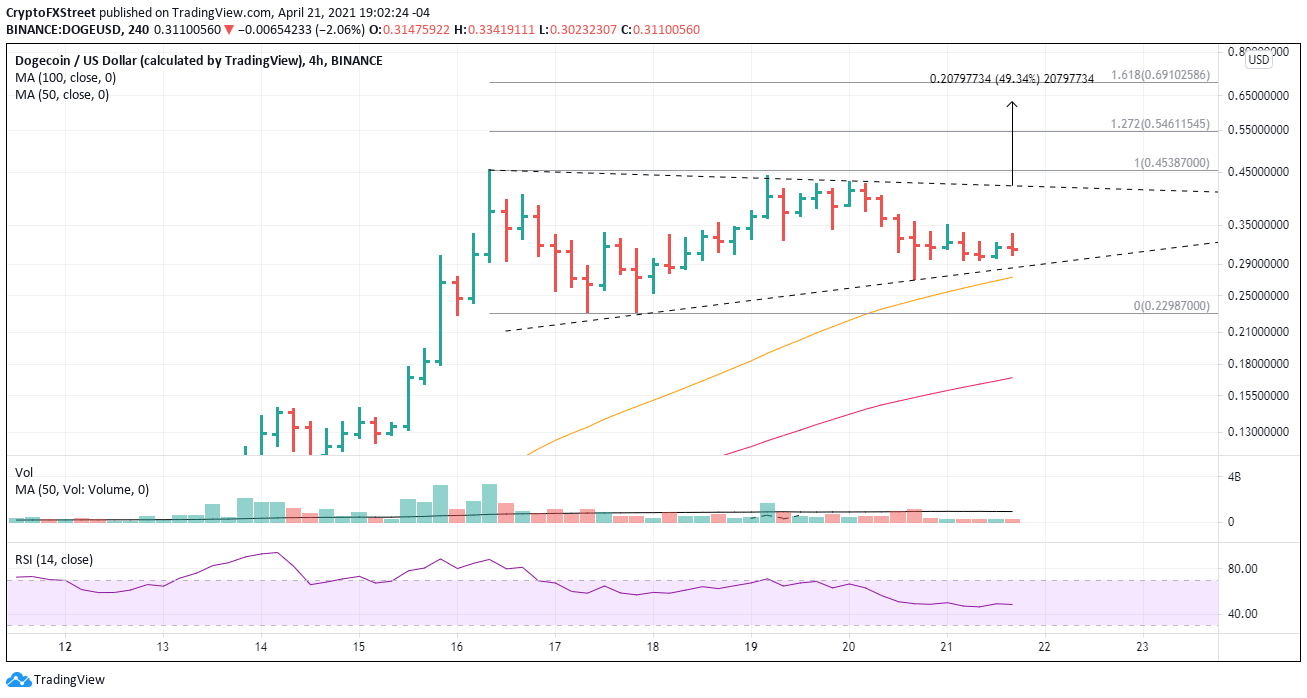 Dogecoin price moves are often sudden, so it is crucial to monitor intra-day movements. A decline below $0.2699 will void the current triangle and raise the probability of a test of $0.2298. Significant losses await a failure at the April 17 low.

XLM price – Filecoin price might stumble again into a 20% downswing

XLM price - Filecoin price might stumble again into a 20% downswing