Coins such as Bitcoin, Ether, and Cardano were especially prominent on SatoshiStreetBets this week. Let’s take a look at each of the coins to see what is new with them.

Bitcoin remains the largest and most valuable cryptocurrency. BTC has been recently dogged by talk of a possible “flippening,” where it could lose its top spot to Ether. However, it remains the crypto kingpin for now.

Investors are especially disappointed that the coin failed to climb back above the $50,000 mark this week. Bitcoin slipped below that point last week and has been fighting a growing bearish momentum.

Bitcoin is in technically murky waters. The coin is trading above its 50, 100, and 200-day simple moving averages (SMAs). But, its price has slipped below the 20 and 30-day SMAs. Its relative strength index (RSI) of 52.04 is slightly underbought, which indicates decentraliseda bullish signal. Its moving average convergence divergence (MACD) also gives a bullish signal. 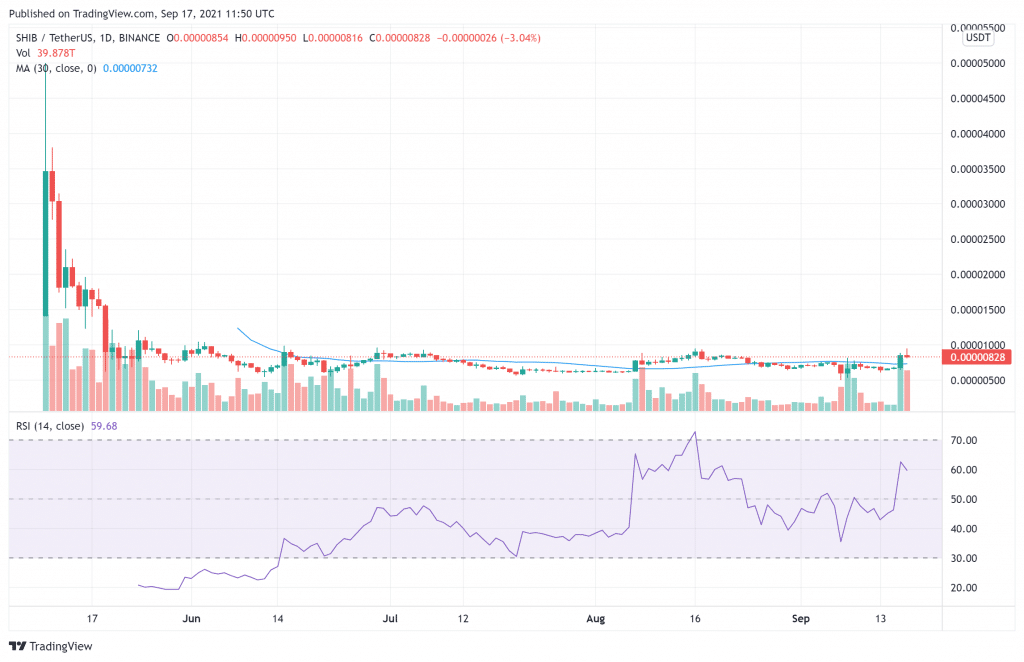 Known as the “Dogecoin killer,” Shiba Inu is a meme coin that continues to attract interest in the sector. The asset has become quite popular, and its liquidity has also gained thanks to increased access and listing on major exchanges.

As it is with many meme coins, there’s not much driving the rise in SHIB’s price. SHIB has been volatile this month, and it appears to be climbing another bullish trend.

Despite the price gains, SHIb isn’t amazing technically. The asset is trading below all major SMAs, ranging from the 10-day SMA to the 100-day SMA. Given its brief history, there isn’t information about SHIB’s 20-day SMA just yet. The asset’s RSI stands at 60.40, which shows that it is reasonably bought.

SHIB’s MACD also shows a sell signal, which is bad news for investors hoping the rally would continue. 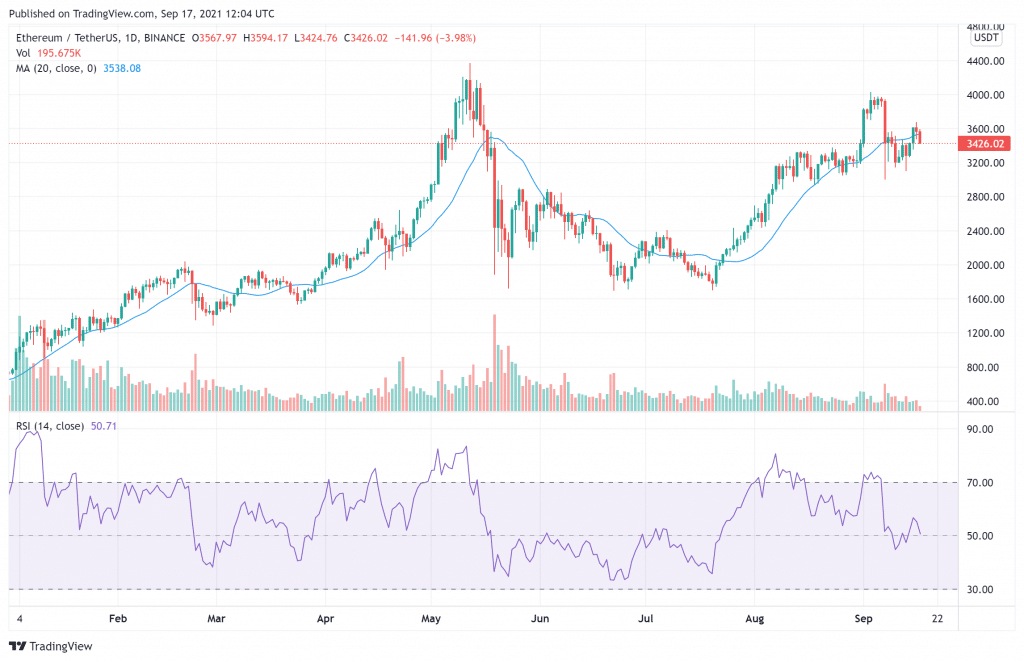 As the second most valuable cryptocurrency Ethereum is always in the news. It’s no surprise we found it on the SatoshiStreetBets channel. Whether it’s the recent calls for the coin to eventually overtake Bitcoin or the growth in industries like decentralised finance (DeFi) and non-fungible tokens (NFTs), there’s always something going on with the coin.

The big news for ETH so far is the continued push for the Ethereum blockchain. While scalability issues have dogged the chain for almost a year now, alternatives haven’t exactly fared better. Solana, one of its biggest rivals, suffered a 7-hour blackout on Wednesday following increased transaction volumes. If anything, this shows that Ethereum remains the most reliable chain to date.

Looking to cross the $4,000 mark again, ETH is looking strong technically. The coin is trading above most of its SMAs, although its 20-day SMA of $3,536.97 is above its current price. ETH’s RSI of 51.58 shows that buy and sell volumes are still evenly matched, and its MACD continues to show a bullish signal. 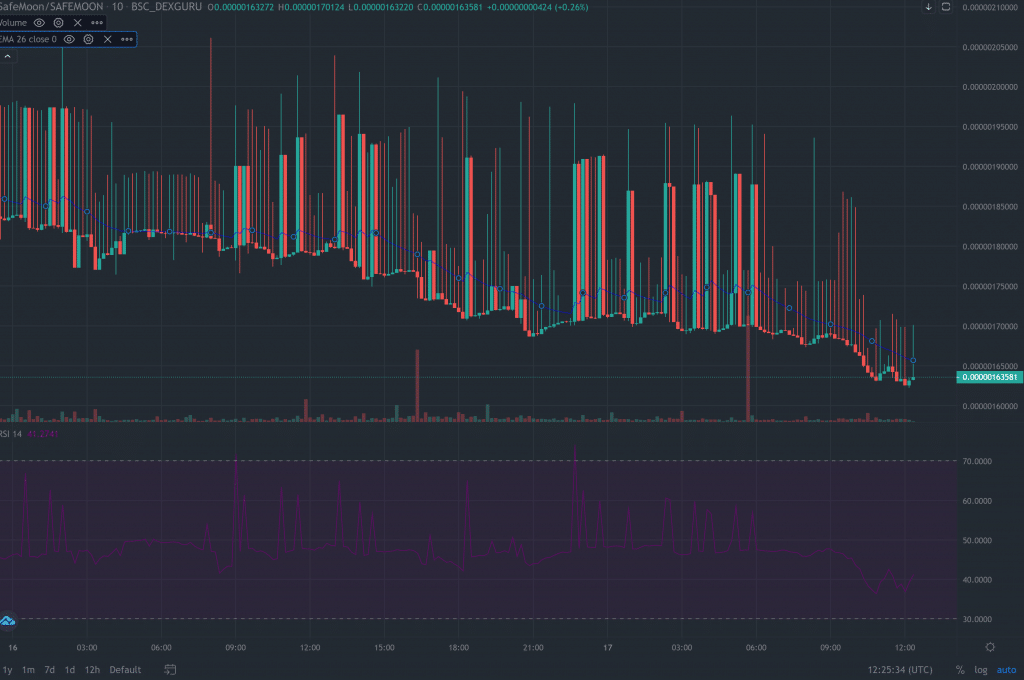 Safemoon is another top meme coin that has made some waves in 2021. Following the rise of assets like Dogecoin and Shiba Inu, Safemoon has captivated investors who love to get big gains in the short term.

SAFEMOON’s technicals aren’t so strong, however. The coin is trading below its SMAs, and its MACD is also bearish. With its RSI hitting 74.30, SAFEMOON looks overbought. 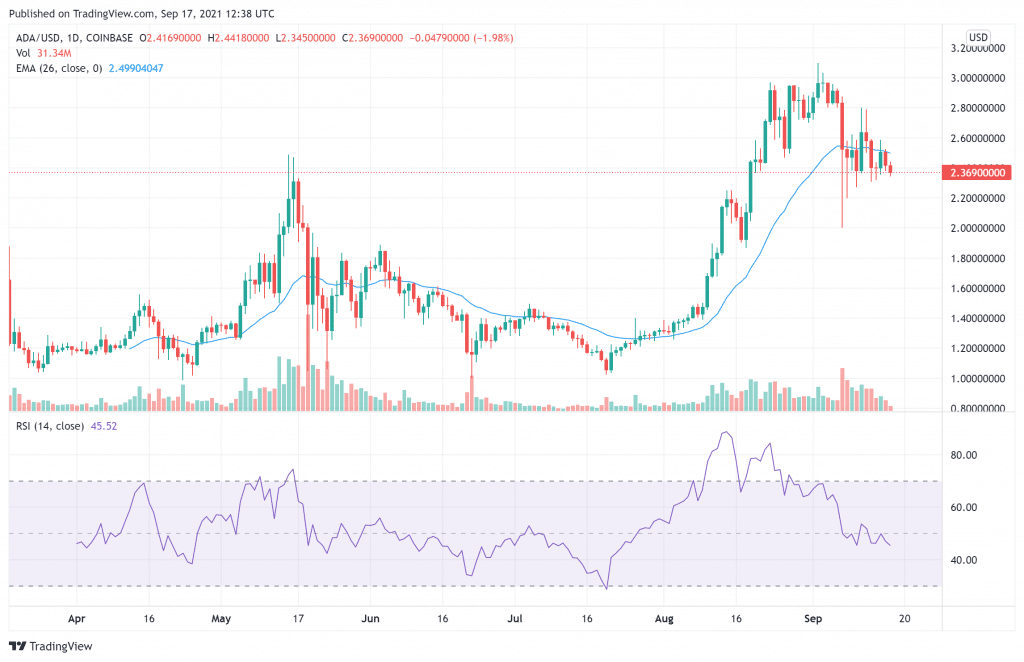 Cardano has had an impressive performance over the past few weeks. The platform’s ADA token has rocketed to become the third most valuable cryptocurrency, and demand for it continues to rise reasonably.

Most of the mentions for ADA on SatoshiStreetBets are related to the launch of smart contracts on the Cardano platform. Smart contracts went live on Monday following the successful Alonzo hard fork, meaning developers can now build decentralised applications (dApps) on Cardano. Data shows that over 200 smart contracts have already been listed on the Cardano blockchain, showing impressive adoption so far.

ADA is in technically murky waters as well. The coin is trading above its 50, 100, and 200-day MAs, but its price is lower than its 10, 20, and 30-day MAs. This shows that the coin is looking especially good for long-term traders. Its RSI of 45.95 shows that more investors are selling than are buying, but its MACD remains slightly bullish.

Based in the UK, Jimmy is an economic researcher with outstanding hands-on and heads-on experience in Macroeconomic finance analysis, forecasting and planning. He has honed his skills having worked cross-continental as a finance analyst, which gives him inter-cultural experience. He currently has a strong passion for regulation and macroeconomic trends as it allows him peek under the global bonnet to see how the world works.

S.Korea set to delay crypto taxation by one year to begin in 2023