Stellar (XLM) did great and had a good run upwards, carried by the favorable tailwind in cryptocurrencies. However, dark clouds form at $0.41, with two large forces giving resistance and forming a cap on any further gains. On August 16, XLM hit $0.41 and was not able to stay above. This way, XLM developed a double top originating from June 5. Just below, at $0.40, XLM has the 200-day Simple Moving Average (SMA) coming in. Buyers tried to push three times beyond this level but failed each time and could not consolidate above.

XLM is facing hurdles that limit price action to the upside

Sellers seem to have profited from this double cap to take over from buyers and have pushed prices further down. Buyers will seek short-term opportunities to offload their longs and run price action further down as the rally loses steam.

Expect XLM to dip further, looking for support, which is not nearby. The point of interest is $0.30, which acts as a psychologically important level. Next, we have the proven support of June 20, with five tests confirming its importance and strength. The third reason for the support is the green ascending trend line that already showed twice its support. 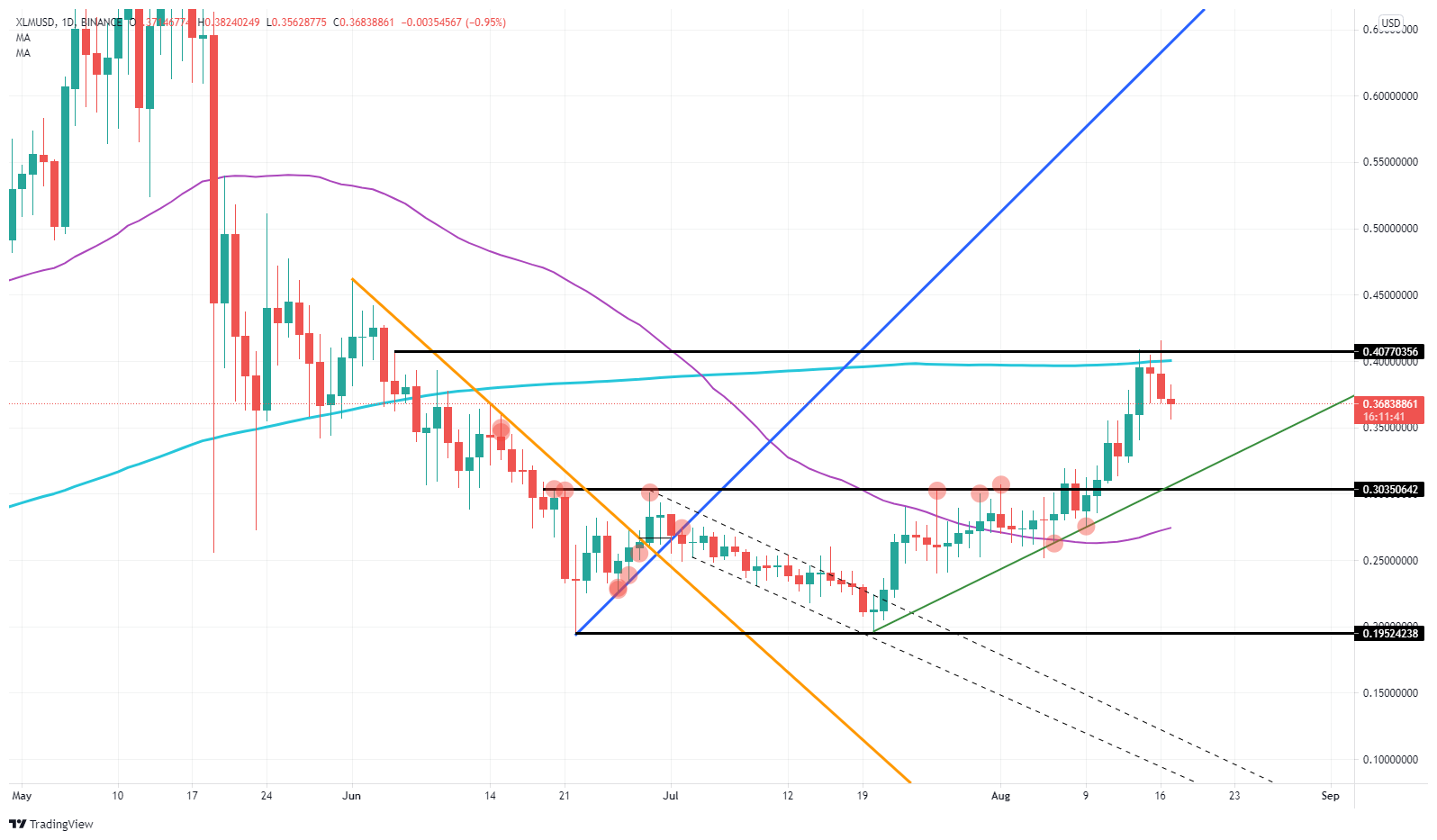 Expect in the coming days XLM to dip lower and push out buyers who came too late to the rally. The first port of importance is, as described above, $0.30. Should price action dip even further, expect the 55-daily SMA to provide some support. Expect that around $0.28, XLM should have some more solid support because of it.

However, if buyers should step in on renewed favorable tailwinds in cryptocurrencies, expect a push beyond $0.41. If XLM can close above that level, expect further profits toward $0.45 and $0.50 as the following significant profit levels.

Is Ethereum Classic’s rally too good to last

El Salvador president to meet Erdogan in Turkey this week

Britain to crack down on ‘misleading’ cryptocurrency adverts