Strong treasury yield continued to be a major theme last week. But for now, it seemed 10-year yield could still break loose from the “magnetic field” of S&P dividend yield at around 1.5%. Indeed, US stocks, including NASDAQ staged a strong rebound on Friday, as 10-year yield settled back in range. Such theme will likely remain dominant for the near term.

In the currency markets, Dollar ended broadly higher after Fed Chair Jerome Powell’s indifferent comments on yield. Though, Canadian was the strongest, with additional support from oil prices. Swiss Franc, Yen and Euro ended as the worst performing ones. With ECB meeting scheduled on March 11, there is prospect of some more downside for Euro.

Dollar rose last week after Fed Chair Jerome Powell sounded unconcerned with recent surge in treasury yields. He just noted that the climb in yield was “something that was notable and caught my attention”. He also left no hint on the possibility of an “Operation Twist” that concentrates on asset purchases on the longer-end, to counter the yield developments. The greenback was later supported further by much stronger than expected non-farm payroll growth.

On the other hand, ECB officials sounded increasingly uncomfortable with the rise in yields. There are speculations that ECB could hint on its readiness to “recalibrate” the policy, with more asset purchases in the long end, in the March 11 meeting. Meanwhile, traders remembered the yield curve control framework of BoJ, which allows 10-year JGB yield to fluctuate only inside a tight range around 0%.

Dollar’s strong rally against Yen and Euro pushed Dollar index through 91.74 support turned resistance last week. The rise from 89.20 is developing into a stronger rebound. Further rally is now expected in the near term as long as 90.63 support holds. Next target is 55 week EMA (now at 93.57).

10-year yield defended 1.4 handle well during the intra-week retreat. It then jumped to as high as 1.626 before closing inside established range, at 1.554. At this point, we’re seeing some hesitation for TNX to run away from the the much talked about S&P dividend yield at around 1.5%. 30-year yield also lacked follow through momentum to power through key resistance level at 2.45, which helped cap TNX.

The upcoming 3-yr, 10-yr and 30-yr bond auctions in the US will be closely watched this week. Yield could jumped again if these auctions are poorly received. Any upside re-acceleration could shoot TNX towards 2% key resistance zone. That could trigger another round of selloff in stocks. If that happens, we’d see if Powell would call the developments “disorderly”. Subsequent market reactions could be rather volatile and unpredictable.

Canadian Dollar was indeed the best forming one last week, edging out Dollar slightly. The Loonie was additionally supported by strong rally in oil prices, after OPEC+ agreed to largely roll-over the production cut to April. WTI closed strongly at 66.26 last week, above 65.43 long term structural resistance. It could even be accelerating upwards through medium term channel resistance.

In any case, further rise would remain in favor as long as 59.17 support holds. Sustained trading above 65.43 will pave the way to 76.75 (2018 high). That, if happens, would provide strong support to floor any pull back in Canadian Dollar. 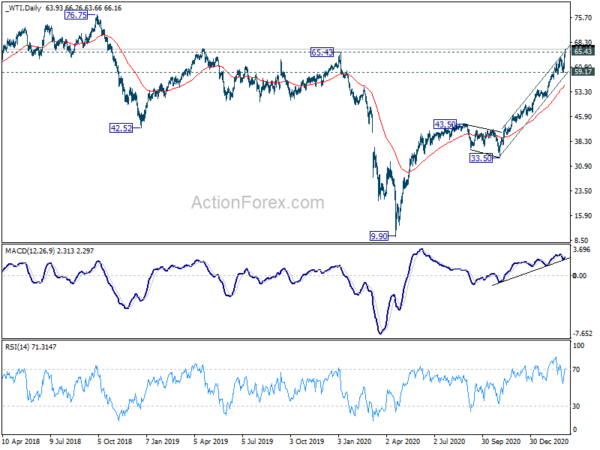 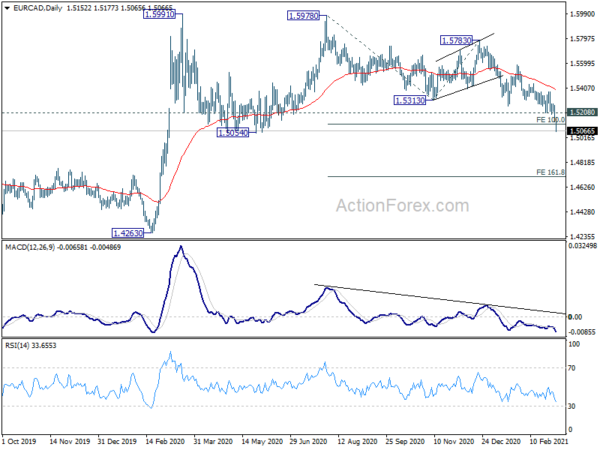 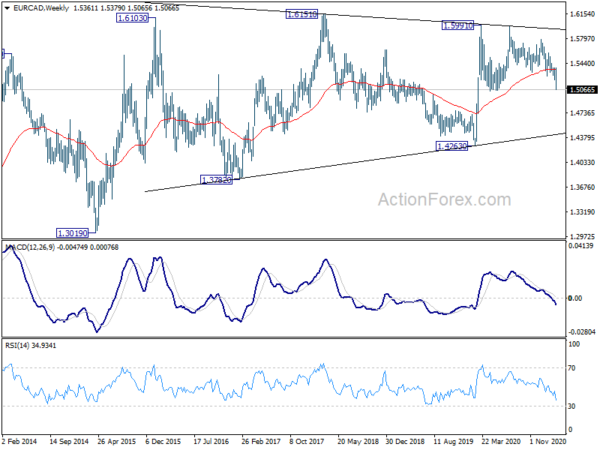 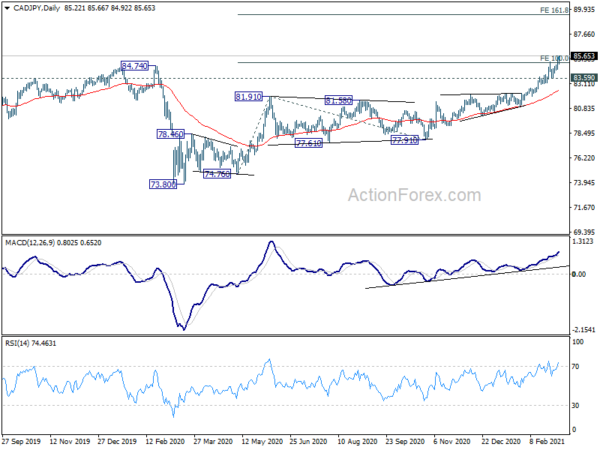 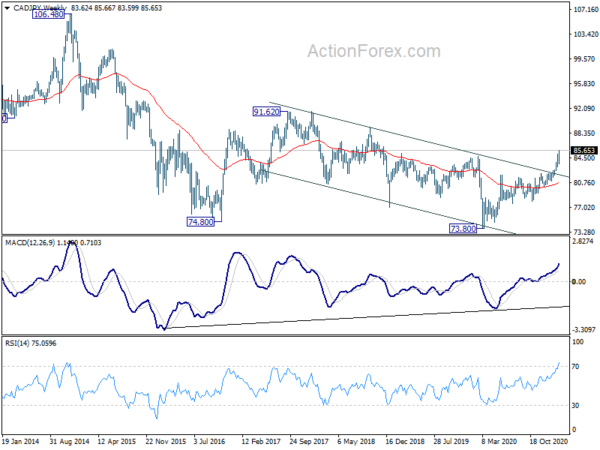 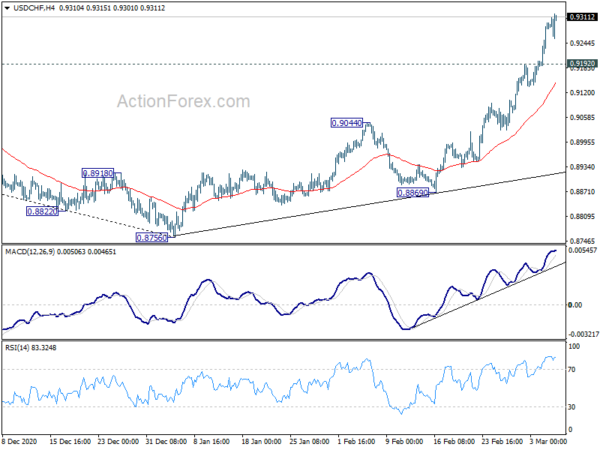 In the long term picture, price actions from 0.7065 (2011 low) are currently seen as developing into a long term corrective pattern, at least until a firm break of 1.0342 resistance. 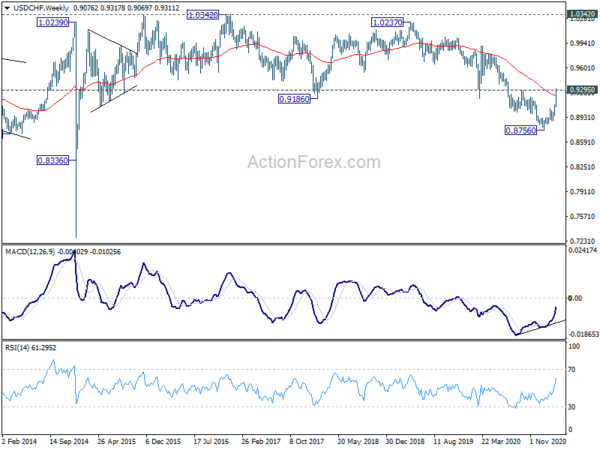 Dollar Index – 91.60 Daily Support Makes an Entrance on the US Dollar Index

Dollar Index – Is USD/CHF trying to tell us something about DXY?