If George P. Bush challenges incumbent Ken Paxton in the GOP primary for Texas attorney general, it will reveal whether he’s the last of a fading political dynasty or the rising star capable of beating a Donald Trump-era incumbent who’s steeped in controversy.

“There have been some serious allegations levied against the current attorney general,” Bush told Davis on his 660 AM (The Answer) radio show in Dallas. “Personally I think that the top law enforcement official in Texas needs to be above reproach.”

Bush added that “character” and “integrity” matters in public service, giving a clue about the focus of his campaign. 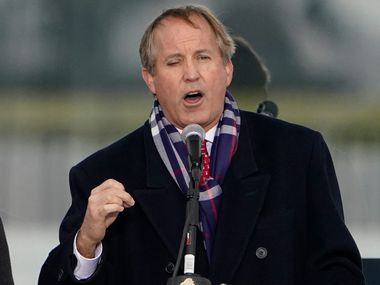 After the interview, I asked Davis for an early take on a Paxton-Bush contest.

“It would be a very interesting race, the Bush star quality versus the Paxton legacy,” Davis said. “How damaged is Paxton by all the controversies? Might be a little, might be a lot.”

Democrats are taking aim at Paxton as well. Former Galveston Mayor Joe Jaworski, a lawyer, is seeking the party’s nomination for attorney general. Running but not yet affiliated to a political party is civil rights lawyer Lee Merritt.

The FBI is investigating claims that Paxton abused his power by trading political favors to a political donor. Numerous former top aides who were fired or resigned allege that Paxton took bribes in exchange for a home remodel and a job for his alleged “mistress.”

A recent poll by The Dallas Morning News and the University of Texas at Tyler shows some voters give Paxton the benefit of the doubt, which could help him in a campaign against Bush.

When poll respondents were asked if Paxton has the integrity to be the state’s top lawyer, 32% agreed he does, 29% disagreed and 39% were unsure.

Before the Republican Party’s sharp turn to first the tea party movement and now Trump-brand conservatism, Bush — the grandson of former President George H.W. Bush and the nephew of former President George W. Bush — was destined for stardom. Pundits projected him as a potential governor. From the governor’s mansion, the White House would be in view.

George P. Bush was to usher in a new era of Republican politics, one that took compassionate conservatism to a new level and pushed the diversity of the party, both in conservative ideas and participation.

I remember him with his grandfather at the 2004 Republican National Convention, urging Republicans to do more to appeal to communities of color. He was a symbol of the futures of both his party and his family.

Now in his second term as Texas land commissioner, Bush’s political career has been a success, though the popularity of Texas Gov. Greg Abbott and Lt. Gov. Dan Patrick has kept him in the backdrop of Texas GOP politics.

His rise to the top could be complicated by the increasing unpopularity of his father, former Florida Gov. Jeb Bush, and his uncle with Texas Republican voters. Trump forced Jeb Bush off the political scene in a humiliating 2016 presidential primary. And Trump has helped make George W. Bush uncool with many of his supporters. In other parts of the country, George W. Bush loyalists helped topple Trump in the 2020 presidential election.

George P. Bush has done an adequate job separating himself from his family’s disgust of Trump, but challenging Paxton could force voters to examine whether Bush is loyal to Trump or his family. 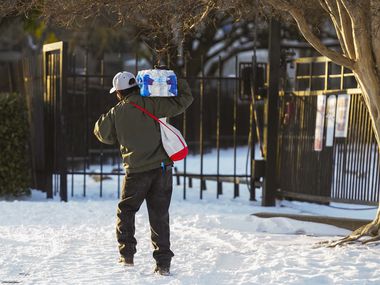 Often in Republican politics a middle ground is difficult to find.

Bush told Davis his campaign would be about Paxton’s performance in office, not conservative credentials.

Paxton’s political career has thrived amid legal and ethical challenges. In 2014, the former state senator from McKinney was elected attorney general despite looming charges of securities fraud.

He’s been fighting those charges since 2015, which didn’t prevent his reelection in 2018.

Paxton’s most effective strategy in his first campaign for attorney general was casting himself as a tea party conservative. Campaign television ads and mailers featured Sen. Ted Cruz, a darling of the tea party movement, praising Paxton. That was enough for Paxton to sprint ahead of the competition, which included former state Rep. Dan Branch of Dallas.

Now Paxton is under federal investigation and matters could get worse.

But he has endeared himself to many conservatives by bringing the meritless lawsuit that sought to overturn presidential election results in several battleground states. His standing with Trump is secure, and the former president could play a role in a Paxton-Bush showdown.

But even as he seeks to appeal to Trump voters, Paxton has had difficulty raising campaign dollars. He’ll need to step up his fundraising for a brutal challenge from Bush.

While Bush would try to make the contest about Paxton’s conduct in office, Paxton would want the race to be a referendum on conservative credentials, particularly as it relates to Trump.

Republican voters will have to decide what’s more important to them: Paxton’s job performance and legal problems, or his commitment to the Trump and hard-right cause.

A Paxton-Bush showdown will not only be a fascinating tactical battle, but it will measure the level of discernment among Texas GOP voters.

Donald Trump News – Ted Cruz and Donald Trump Jr. blast CIA ad in which a staffer identified as a cisgender millennial with anxiety