That’s only one of the good reasons why I love President Trump. We tend to agree on everything. (I will forever refer to him as “President Trump”, even though he’s moved out of the White House temporarily. I could also refer to him as “my good friend, Donald Trump” but that seems presumptuous, because, regardless of how familiar he seems, he’s probably never heard of me. I’m actually hoping this article will catch his attention.)

President Trump talks like me, and thinks like me. We would even have the same hairstyle if such a thing were possible.

Over the past four years — and even prior to that, before he was the official Republican Party candidate — President Trump consistently provided me, and all his millions of followers, with repeated reassurances — over and over — that he understood our frustrations. We desperately needed someone to blame those frustrations on, and President Trump provided a complete list of all the evil people and groups we could blame.

Including, but not limited to:

…And basically everyone who doesn’t love President Trump.

These are just some of the people and groups responsible for my frustrations — because they are the opposite of me. They’re unpatriotic, and obviously below-average in intelligence. They don’t look like me, or think like me, or act like me.

And most importantly, they don’t love President Trump. Therefore, I am perfectly justified in hating them.

And speaking of intelligence, another thing I love about President Trump is his generosity. When he got elected, he immediately assembled a top-notch administrative team. But he didn’t just pick people who agreed with him. He also gave jobs to people who thought he was incompetent, so long as they were Republicans.

Did he call any of them names?

Darn right he did. President Trump could call people names all week long and twice on Sunday.

I have also been called names, and probably worse names than the ones mentioned above, so I know what it feels like to be called names by people you trusted. (I am thinking, in particular, of my ex-wife Darlene.) But I could never call people names as well as President Trump can. I hope to be better at it, someday.

Anyway, it’s yet another reason why I love President Trump. 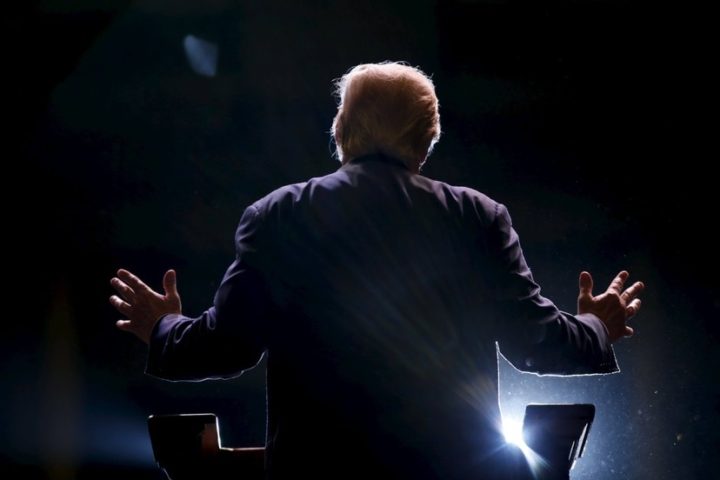 But then we come to the most important reason of all. President Trump is, at heart, an entertainer. He doesn’t need a script, and he doesn’t even care what he says. It’s the way he says it.

Here’s one of his chief political critic, conservative author George F. Will, talking about entertainment value earlier this week.

“And we will see if Mr. Trump’s entertainment value remains what it is now. My feeling is that he’s become, in some ways, so predictable. He has one pedal on the organ; he uses it all the time. And he’s what an entertainer must never be, which is predictable and, in the end, boring. So we will see if, two years from now… we all know the old axiom, that ‘overnight’ is a long time and a week is ‘forever’, in American politics… and we’re talking a year from now that these primaries will be underway.”

“One pedal on the organ?” I’m not sure what that’s even supposed to mean. But Mr. Will is totally missing the point. Those of us who love President Trump cherish him exactly because he is so predictable. He never waivers. When he tells you the coronavirus is going to go away all by itself — just simply going to disappear — he doesn’t say it only once. He says it constantly. And now look, his prediction looks like its going to come true, eventually.

When he tells us that the women and children escaping from political violence in Central America are “rapists” and “criminals” — he doesn’t go back on his word. He continues to warn us, over and over. He even builds part of a wall. Probably paid for it out of his own pocket.

That’s what I mean by “predictable”. Predictable is a good thing, when you love someone the way I love President Trump.

Underrated writer Louis Cannon grew up in the vast American West, although his ex-wife, given the slightest opportunity, will deny that he ever grew up at all.

Donald Trump News – ‘I’m Proud of the Work We Did’

Donald Trump News – Joe Manchin and Donald Trump: The two men who threaten it all