Former US president Donald Trump was nurtured as a Russian asset for decades, starting in 1980, a new book claims, with Moscow actively encouraging the businessman to enter politics many years before he won the presidency and supporting him through numerous failed business ventures as it built a “deep” relationship with the mogul.

“He was an asset,” former KGB spy Yuri Shvets, who worked for the KGB in Washington DC for years in the 1980s, told journalist Craig Unger in the new book American Kompromat.

Unger’s book is based on interviews with numerous sources, including Soviet defectors and ex-CIA agents. In it he makes the assertion that Trump’s relationship to Russia as president — one in which he appeared repeatedly averse to criticize Moscow and often took actions seen as desirable to leader Vladimir Putin– was directly tied to his cultivation by Russia over long years.

The book says Russian officials repeatedly helped Trump get through dire financial straits over the years, providing him with laundered money to support his businesses.

“Trump was the perfect target in a lot of ways: His vanity, narcissism made him a natural target to recruit. He was cultivated over a 40-year period, right up through his election,” Shvets told the Guardian.

Must see: Watch me and Yuri Shvets, fmr KGB officer who is great source forAmerican Kompromat, on Narativ TV, telling for the 1st, straight from the horse’s mouth, how the KGB cultivated Donald Trump. Buy now: https://t.co/0kmwTkVLld https://t.co/bi3sdDdSRy

Shvets said Trump first came to the attention of Soviet officials in 1977 when he married his first wife Ivana Zelnickova, a Czech model. 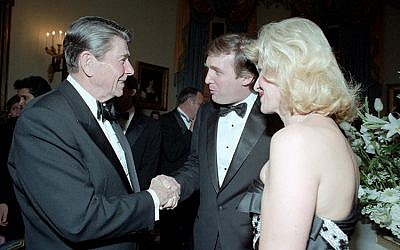 When Trump opened the Grand Hyatt New York hotel in 1980, he bought hundreds of televisions from a Russian immigrant who was a KGB spotter and who highlighted him as a potential asset, being an up-and-coming businessman.

And when Trump visited Moscow in 1987, he was unknowingly in contact with KGB agents who launched “a charm offensive” on the real estate developer, Shvets said.

“They had collected a lot of information on his personality so they knew who he was personally. The feeling was that he was extremely vulnerable intellectually, and psychologically, and he was prone to flattery,” Shvets said.

“They played the game as if they were immensely impressed by his personality and believed this is the guy who should be the president of the United States one day: It is people like him who could change the world.” 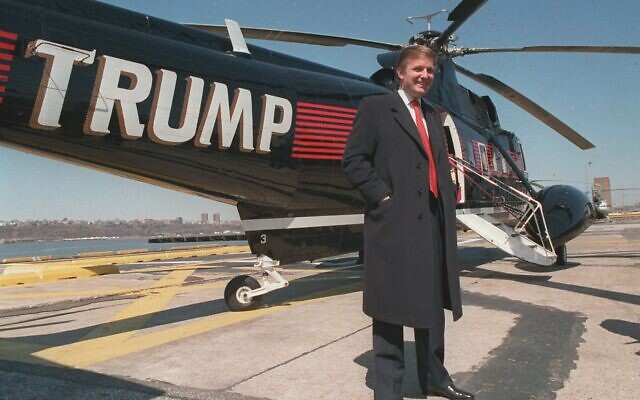 Shortly after his return, Trump first mulled running for president, and put out major ads touting the same talking points he would wield in 2016, criticizing US support of NATO and suggesting “America should stop paying to defend countries that can afford to defend themselves.”

“It was unprecedented. I am pretty well familiar with KGB active measures starting in the early 70s and 80s, and then afterwards with Russia active measures, and I haven’t heard anything like that or anything similar — until Trump became the president of this country — because it was just silly. It was hard to believe that somebody would publish it under his name and that it will impress real serious people in the West but it did and, finally, this guy became the president.”

Shvets, stressed, however, that “it was not this grand, ingenious plan that we’re going to develop this guy and 40 years later he’ll be president. At the time it started, which was around 1980, the Russians were trying to recruit like crazy and going after dozens and dozens of people.” 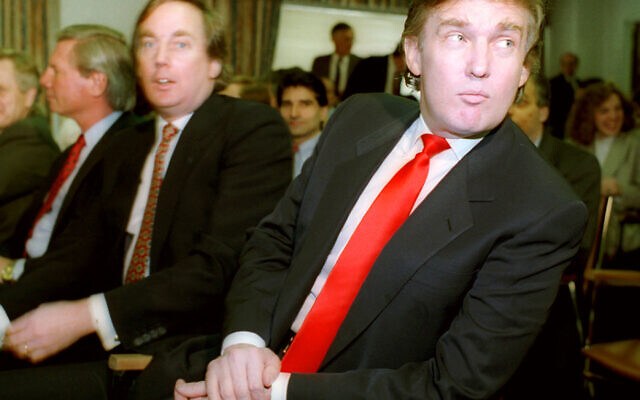 US authorities have long said Russia meddled in the 2016 election to get Trump elected. His campaign’s ties to Russia were investigated by Special Counsel Robert Mueller. The probe concluded that Russia interfered in the election through hacking and a covert social media campaign and that the Trump campaign embraced the help and expected to benefit from it. But Mueller did not charge any Trump associates with conspiring with Russians.

But Trump’s attitude toward Russia throughout his presidency often raised eyebrows. He appeared loath to criticize Moscow on multiple occasions and repeatedly and openly cozied up to Putin.

The president sometimes described Russia as a misunderstood potential friend, a valued World War II ally led by a wily president who actually may share American values, like the importance of patriotism, family and religion.

Trump was roundly criticized by both Democrats and Republicans in 2018 after he refused to challenge Putin over interference in American elections, accepting his word over the pronouncements of US intelligence officials. 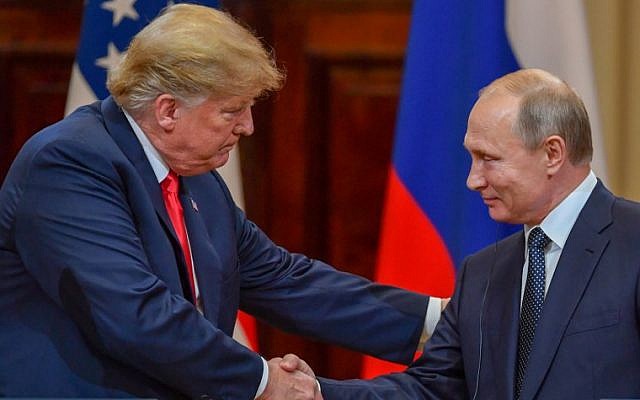 US President Donald Trump (L) and Russia’s President Vladimir Putin shake hands before attending a joint press conference after a meeting at the Presidential Palace in Helsinki, on July 16, 2018. (AFP Photo/Yuri Kadobnov)

In 2018 a senior Justice Department lawyer reportedly said a former British spy told him Russian intelligence believed it had Trump “over a barrel.”

Yet despite Trump’s rhetoric, his administration also plowed ahead with some of the most significant actions against Russia by any recent administration: Dozens of Russian diplomats were expelled, diplomatic missions closed, arms control treaties the Russians sought to preserve were abandoned and weapons were sold to Russian foe Ukraine.

AP contributed to this report.


I’m proud to work at The Times of Israel

I’ll tell you the truth: Life here in Israel isn’t always easy. But it’s full of beauty and meaning.

I’m proud to work at The Times of Israel alongside colleagues who pour their hearts into their work day in, day out, to capture the complexity of this extraordinary place.

I believe our reporting sets an important tone of honesty and decency that’s essential to understand what’s really happening in Israel. It takes a lot of time, commitment and hard work from our team to get this right.

Your support, through membership in The Times of Israel Community, enables us to continue our work. Would you join our Community today?


Join the Times of Israel Community

JPMorgan Stock Forecast: Is It A Buy Or Sell?

JPMorgan Stock Forecast: Is It A Buy Or Sell?