That’s the same day as Flag Day, which honors the adoption of the U.S. flag in 1777.

“Let’s show the 3,154,834 Ohio voters who cast their ballot to re-elect Donald J. Trump that we as a legislature recognize the accomplishments of his administration,” the pair wrote. They added the day will celebrate “one of the greatest presidents in American history.”

Although celebrating days in honor of presidents is normal, such as Ronald Regan Day on Feb. 6 which is honored by 40 states including Ohio, it’s not common to have a day in honor of a living president.

Former President Barack Obama is the only living president that came close to having a day named after him. In 2017, the Illinois legislature approved an unofficial holiday in honor of him on Aug. 4.

Trump hasn’t resided in the state before, but Ohio backed him in the 2016 and 2020 presidential election. Trump won the state with an 8-percent lead in 2020, which is the same result of the 2016 election. However, he was the first president since Richard Nixon to win Ohio, but lose the election.

Ohio was a mainstay of the 2020 campaign after Trump, Vice President Mike Pence, and Trump‘s family held several rallies throughout the state.

Cross and Stoltzfus haven’t made a public statement about the proposal, and as of Saturday, lawmakers haven’t publicly supported the effort.

Read the full email below. 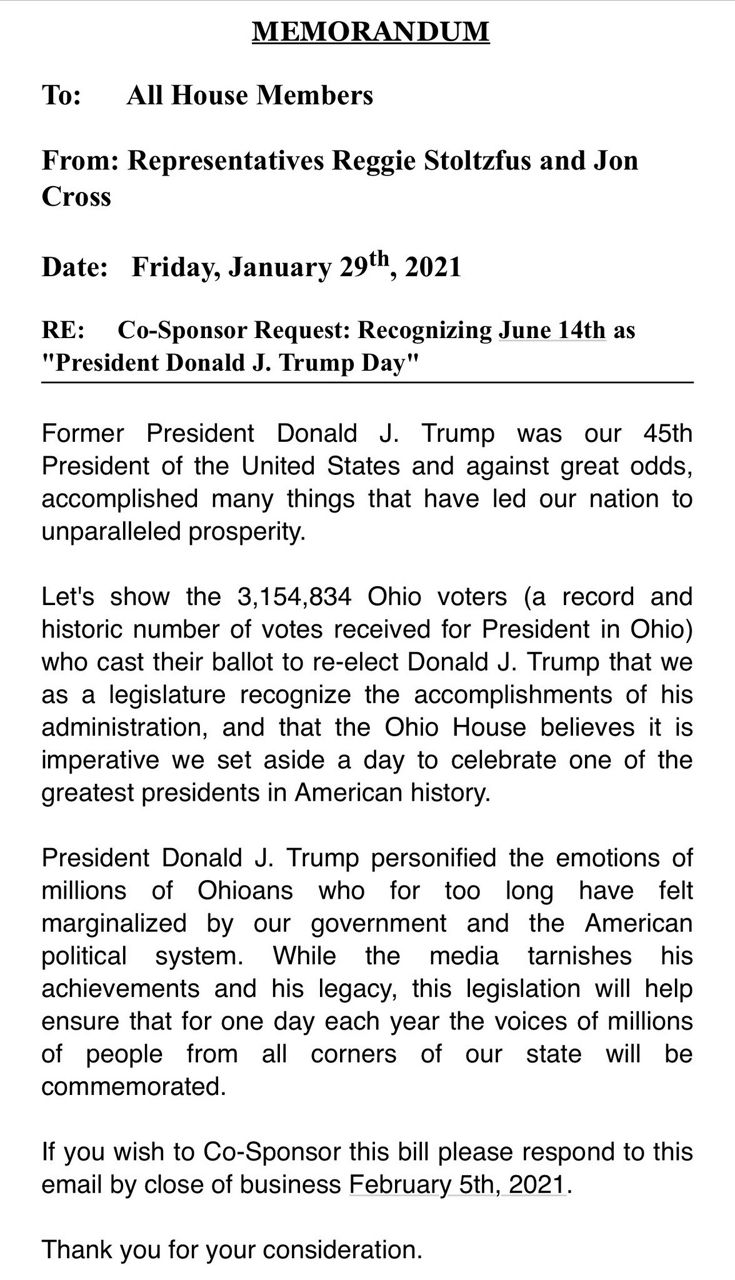 Bank of America - Redditors' declaration of war on hedge funds might be ugly, but it won't break the system, pros say