The interplay between escalating hopes of eradicting COVID-19 risk, as vaccinations are rolled out globally, and continuing despair fueled by rising cases of coronavirus worldwide will remain the key triggers for equity market volatility during the first week of the new trading year. As of time of writing, the global virus case count has surpassed 86,600,000, with more than 1,800,000 fatalities and climbing.

An additional US market risk this week will be the January 5th, US Senate runoff in Georgia, which will determine the the balance of power in both the Senate and Congress overall.

The scored a new all-time high on Thursday, on thin trading ahead of the holiday weekend. Residual positive sentiment on the final confirmation of the much-contested, second round of US stimulus—which was finally signed by President Donald Trump late last Sunday—helped boost the and at the end of the trading week as well, though the small cap lagged.

Even though we anticipate continued market , we believe stocks can sustain the upheaval due to the historic levels of monetary and fiscal support currently available and will continue to gain momentum. If vaccines prove effective enough to allow economies to return to normal, we expect to see a powerful economic rebound. The question, which of course we can’t answer at this point, is how much of the rebound from the March lows would already be priced in?

On a negative note, New York became the fourth state to record 1 million COVID cases, with more than 20,400,000 and counting across the country, as well as 350,000 deaths nationwide. Plus the vaccine rollout across the US has been disorganized, reaching far fewer arms than the President had promised.

Over the course of 2020, the S&P 500 gained 16% and recorded its 33rd new high as the trading year came to a close. According to the Wall Street Journal:

Given that most of 2020 also included the worst global pandemic in a century, and in the US a highly contentious election whose result has still not been accepted by the current, sitting President, those are incredible statistics.

Nevertheless, even if the US economy returns to its former, full strength, it’s likely US-China competition over trade and tech sector dominance will once again grab headlines.

On the final day of trade last week, yields, including for the Treasury, fell for a second day. 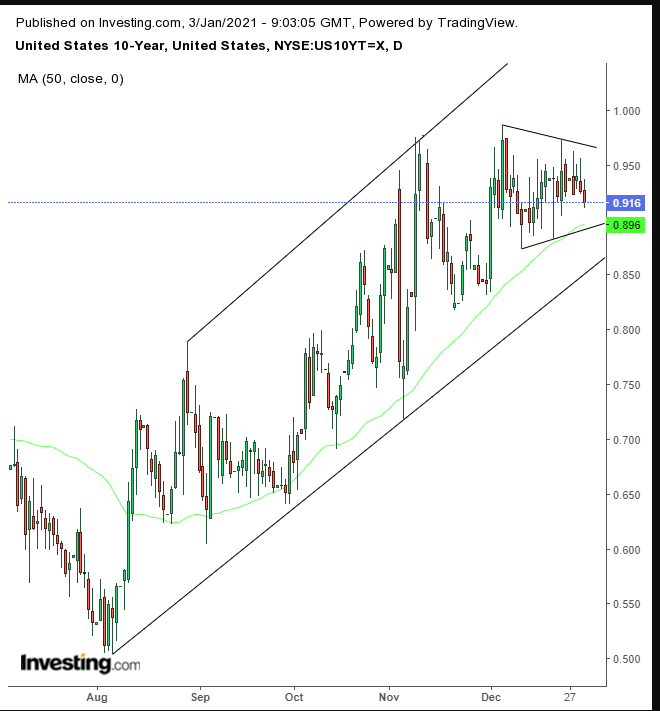 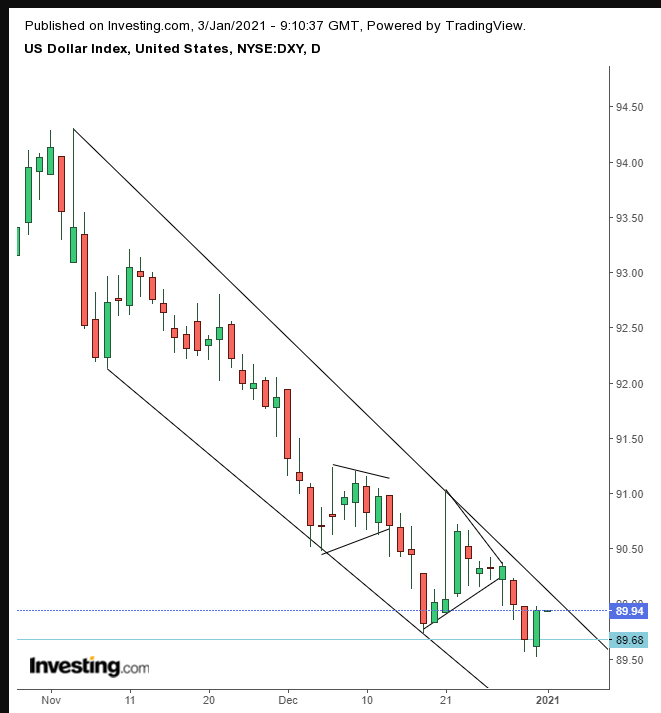 From a technical perspective the greenback’s rebound is part of a return move after completing the second continuation pattern within a falling channel.

found resistance at the top of a falling channel.

The move was reinforced by the 100 DMA, after completing a bullish pennant, which was a breakout of a H&S bottom.

climbed for the seventh straight session to a new all-time high, above $34,200.

climbed for a third day. 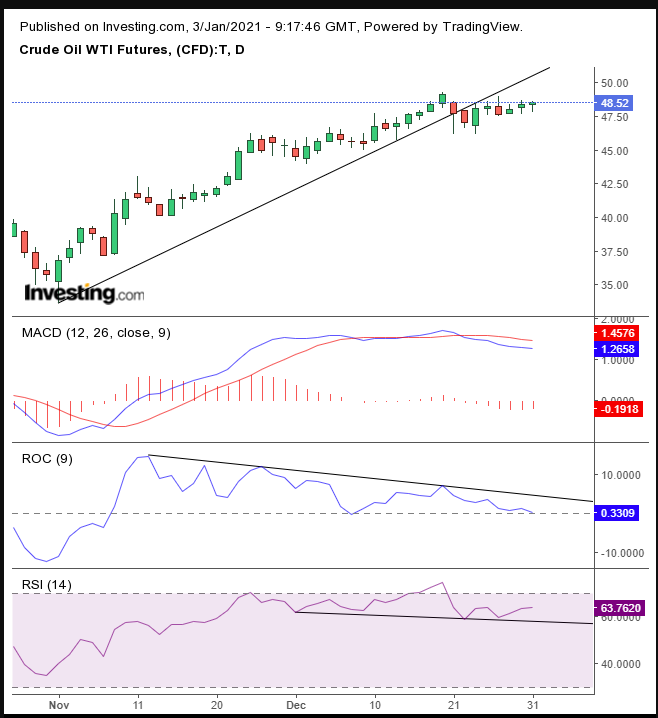 However, the price of the commodity can’t seem to take on the $50 level. It finished the week suppressed below its broken uptrend line. The MACD entered a bearish cross. The ROC is in a downtrend, and the RSI is developing a H&S top.

All times listed are EST

All That Happened India’s FinTech Industry In 2020

All That Happened India's FinTech Industry In 2020

3 Reasons Your Retirement Investments Are Lagging the Stock Market