At first no one could explain why business was picking up at Betterment, a robo adviser aimed at newbie investors. There were about 10,000 signups in one day.

Then came the answer: A 25-year-old TikToker from Tennessee was posting videos describing how to retire a millionaire by using the platform.

His name is Austin Hankwitz, and he’s managed to land one of the hottest new gigs: full-time “finfluencer.”

“We were, like, where is this increased activity coming from?” Betterment’s director of communications, Arielle Sobel, said of the sudden increase in customer inquiries. “It was not sponsored by us, so we had no clue.”

Smash that like button, Wall Street: The teens and 20-somethings who steer online conversation — about life hacks, beauty products, Hollywood blockbusters, you name it — are now blazing their way into finance. Influencers like Hankwitz can translate concepts like passive investing or tax harvesting into digestible social media videos using playful twists, music and colorful captions, making investment products and the like feel accessible to millennials and Gen Z-ers.

For the finance industry, partnering with those influencers can be a no-brainer: There’s never been faster and more direct access to that demographic, particularly at a time when retail investing has skyrocketed.

The pandemic left some people with money and time to burn, pushing hours spent on finance apps up 90 per cent in the U.S. compared with the previous year, while downloads of such apps jumped 20 per cent, according to data by analytics firm App Annie. Participation in the stock market through mobile phones also took off, with hours spent on trading and investing apps spiking 135 per cent.

Once Betterment saw the traction it was getting through Hankwitz’s posts, it hired him within a month to plug its services via social media.

Wealthfront, another robo adviser, has partnered with about 15 influencers including Haley Sacks — known on Instagram as Mrs. Dow Jones — according to Kate Wauck, the firm’s chief communications officer.

“Quite frankly, they’re just better at telling our story than we are,” she said.

Until last year, Hankwitz was toiling away in old-fashioned finance, working on mergers and acquisitions for a health care company; making TikTok videos was his side hustle. Now, he’s a hot commodity to startups and finance companies eager to reach his 495,000 followers. Some of them have also hired him for marketing advice, had him sit in on chats with the CEOs, and have even invited him to sit on the company board.

Hankwitz charges anywhere from US$4,500 to US$8,000 per post on his TikTok page. He said Fundrise, a real estate investment platform, pays him every month to post two videos on his TikTok, and also offers him a monthly bonus of as much as US$2,000 based on how many people he pushes to the platform. BlockFi, a cryptocurrency trading platform, offers him US$25 per person pushed to the platform through his unique code. And stock trading app Public.com offered him a monthly retainer and company equity for a contract that includes replacing the Yahoo Finance stock charts on his videos with theirs.

Hankwitz estimates he’s funded well over 240 accounts for Fundrise, 1,653 for Public and tens of thousands for Betterment. His unique BlockFi code brought in US$268,000 of crypto purchases in a month. In all, he’s currently representing six companies. And for anywhere between US$4 and US$17 per month, superfans can subscribe to his Patreon channel, where he offers deeper investing and financial analysis. Hankwitz currently has about 1,100 subscribers.

“I was able to quit my job about six months ago to do this full time,” he said.

Hankwitz declined to say how much he brings in annually, but acknowledged that he makes more than US$500,000. He also said he’s built a portfolio valued at about US$1.3 million since March 2020, in part with the equity received from the brands he represents.

Social media can be a lucrative business for those with big follower counts and the prowess to push customers toward financial products. Creators can get paid anywhere from US$100 to US$1,500 for a swipe-up advertisement on their Instagram stories to US$1,000 to US$10,000 for a single post on their feed, according to figures from Brian Hanly, CEO of Bullish Studio, a talent agency for influencers. On TikTok, the cost of one post can range from US$2,500 to US$20,000 depending on the video’s virality and the creator’s follower count. 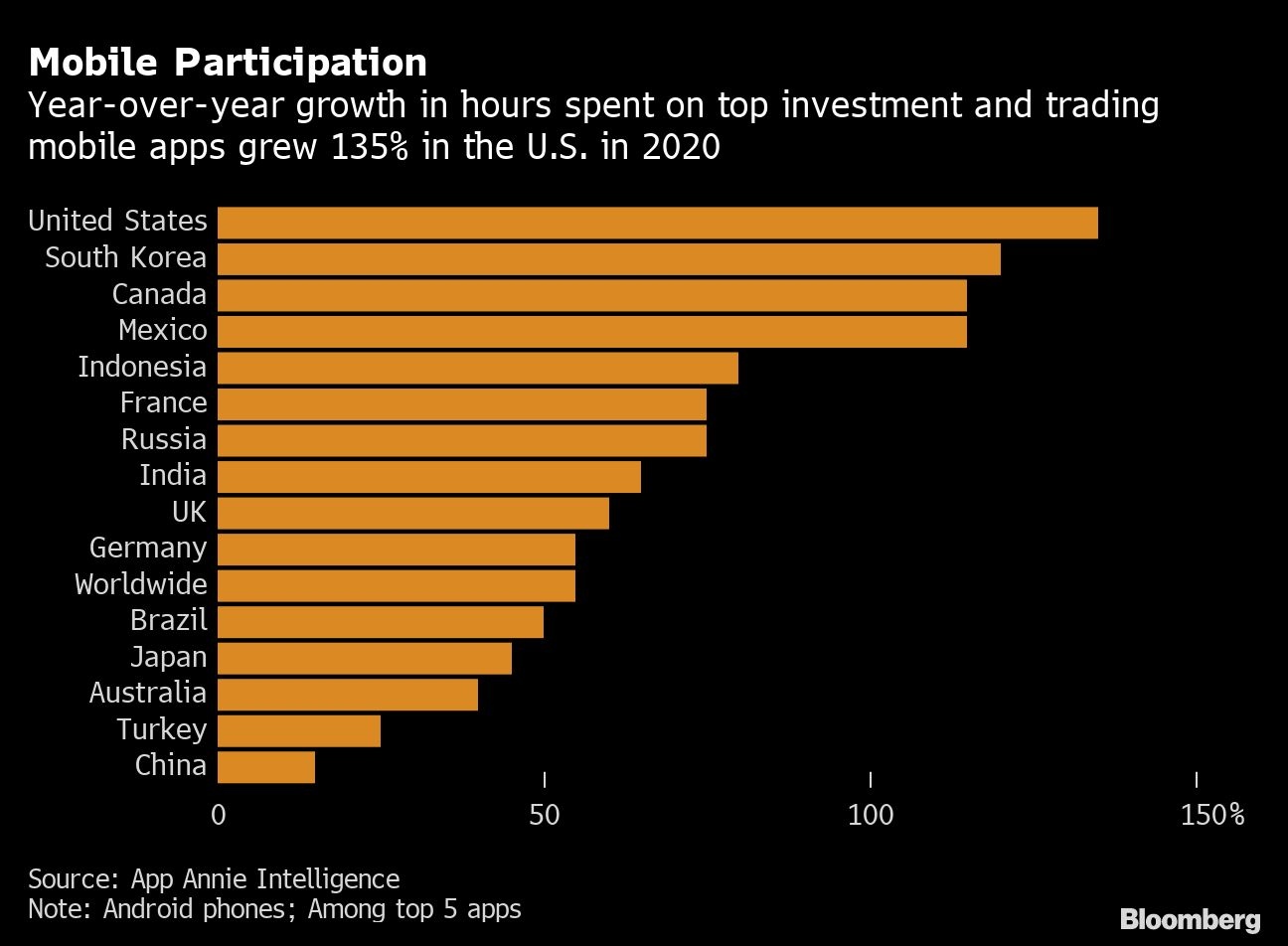 To get there, creators have to develop a certain persona — and on FinTok and its Instagram counterpart, there’s enough variety for everyone. Creators from a variety of ages, backgrounds and ethnicities offer advice about how to open a Roth IRA, how to invest in real estate, how trading options makes more sense if you compare it to buying makeup, or how to use astrology to predict the price of Bitcoin.

Take Sacks, aka Mrs. Dow Jones — the influencer with 215,000 Instagram followers. She explains compound interest by comparing it to Billie Eilish’s fame, or Bitcoin to Jennifer Lopez and Ben Affleck’s rekindled romance.

Sacks, 30, began her career in comedy, working for TV host David Letterman and Saturday Night Live producer Lorne Michaels. Learning about money was a struggle for Sacks, but one way to make it more relatable for her was to compare it to pop culture and celebrity gossip. On that premise, she launched Mrs. Dow Jones in 2017, and her following has since flourished.

“I created what I needed, and other people needed it too. If you’re following me, you like pop culture, so we have that shared language,” said Sacks. “If you can understand the human relationship between two celebrities, then you can understand any financial concept.”

Four years after launching Mrs. Dow Jones, Sacks has signed with a talent agency, and has built a team of people, including an assistant and a manager, to help her negotiate six-figure deals with brands. She started partnering with Wealthfront two years ago.

“She’s a financial pop star. When have you heard that take on anything?” said Wauck of Wealthfront. “The way that she relates everything to pop culture is just so genius.”

Sacks is also taking advantage of the recent demand for personal finance content by providing a course on her website, Finance Is Cool. On Monday, her followers will be able to purchase a US$115 course designed to teach them how to manage their money. Among other pop culture references in the course, Sacks used the characters from the TV show “Friends” to guide her followers through building an emergency fund. 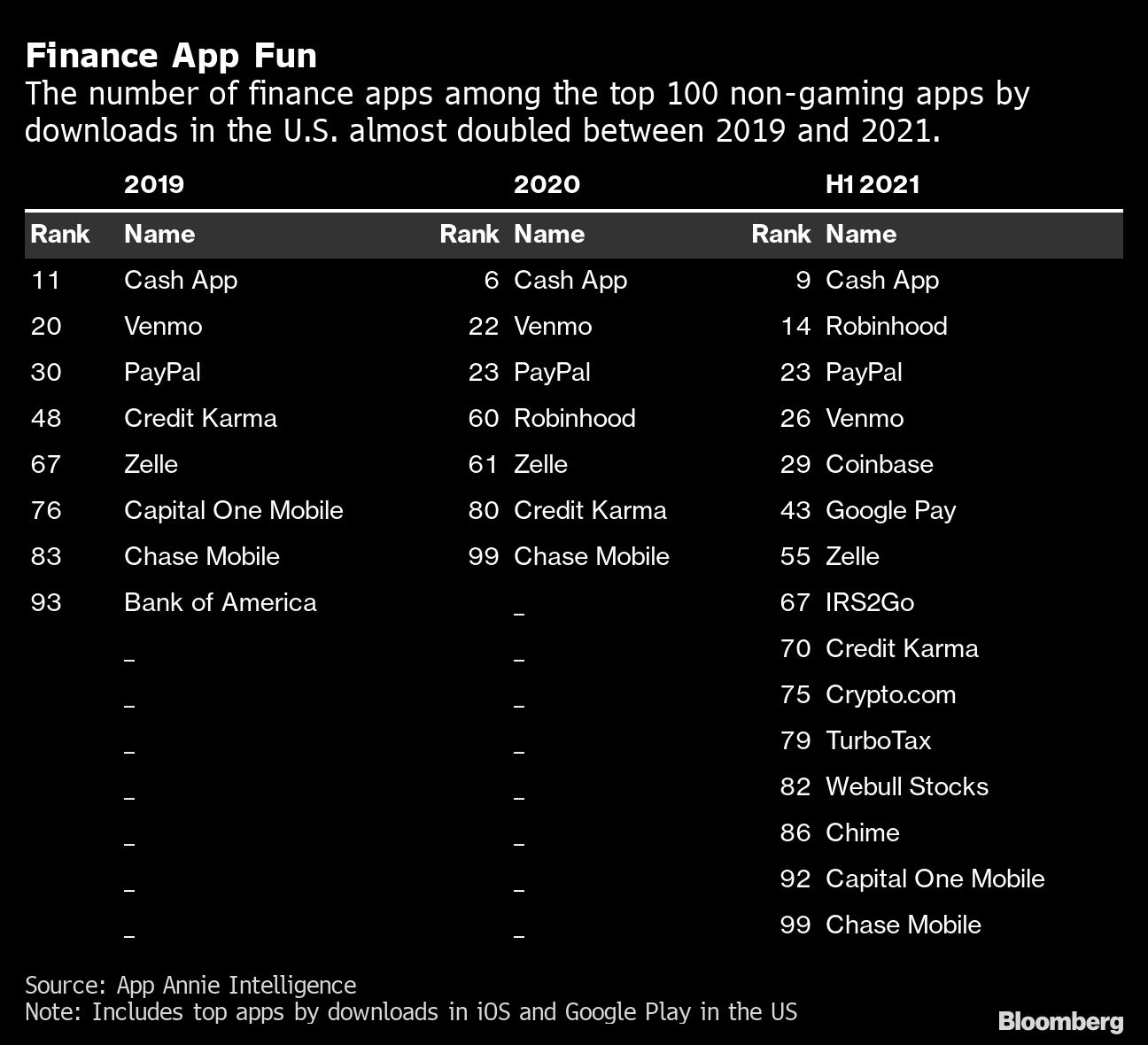 While social media is allowing companies to reach young customers faster than ever, they need to ensure against working with internet stars who are fast and loose with information.

“There’s so much room for growth,” said Hanly. “There’s not enough financial creators out there to basically take on the amount of opportunity that’s coming in, and there’s not nearly enough high-quality, preaching-the-good-word financial creators.”

Personal finance content on social media has gone viral for offering questionable — even flat out wrong — advice, while get-rich-quick schemes have attempted to lure in novice investors. That’s taken many forms, including videos on how to become a millionaire by selling dog beds on Amazon through dropshipping, how using a debit card makes you financially irresponsible, how to “make a lot of money” day-trading foreign exchange or what stocks to buy and when to buy them.

That’s why TikTok tightened its rules. In May, the social media company said it would take action against content creators who post sponsored videos for financial services and products without clear labels. Companies can still pay financial influencers for posts, but the new restrictions are meant to ensure that creators are transparent when disclosing commercial links.

Since then, Betterment said it moved all of the content from its TikTok influencers over to Instagram and Instagram Reels. Hankwitz has not re-entered into an agreement with Betterment for TikTok videos since. Wealthfront said it was optimizing other channels, like YouTube and Instagram, and instead was mostly relying on TikTok’s paid advertising platform rather than posts through influencers.

Betterment’s compliance and legal teams perform detailed reviews of their social media partners’ scripts. Influencers will then shoot the video and send it back to compliance for a second review. Wealthfront said that it does extensive background checks on the influencers that get selected to partner with them before signing any contracts. It also includes stipulations in the contract that allow Wealthfront to cancel if certain terms are violated by the creators.

The main law that governs financial influencers is the Investment Advisers Act of 1940, which specifies what qualifies as investment advice and who must register with state and federal regulators in order to provide it. But there’s one exemption that reduces the risk to influencers, according to Joshua Escalante Troesh, a registered financial adviser and founder of Purposeful Strategic Partners: Unregistered individuals can dispense financial advice if they do so through a “publication of regular and general circulation.”

“That legal exemption is where a lot of people are hanging their hats on, until a court case happens, it’s hard to say one way or another,” he said. “Ultimately, it will be the Securities and Exchange Commission or a state going after an influencer for harming citizens in a court case that will determine whether they qualify for an exemption or not.”

Still, anyone who is harmed by financial advice online could sue in civil court, Escalante Troesh said, but whether a punishment is warranted would vary based on the regulators of the case and the state that they are located.

The prevalence of personal misinformation that exists on TikTok and the demand for solid finance advice are what Vivian Tu, 27, a former stocks trader at JP Morgan, believes made her account YourRichBFF blow up as soon as she launched it. She published her first video on Jan. 1, telling TikTokers that if they were looking for an account that would help them learn honest finance literacy tips, hers was it. Overnight, her video got 1 million views and within a week she’d amassed 170,000 followers.

It wasn’t long before financial institutions took notice. Wealthfront, Credit Karma, FinTron Invest, Insurify and Tastyworks are among her approximately 10 sponsors. She has more than half a million followers on TikTok and gets paid anywhere from US$3,000 to US$4,000 per post. For someone with a full-time job, it’s a huge commitment, she said. Outside of her current full-time day job, she spends anywhere from 10 to 15 hours per week managing her account.

“It was very out of the norm. Some people make videos for months and don’t have this kind of scale,” Tu said. “It was around the time folks were getting stimulus checks, people were thinking about money more so than usual and I think people were also very sick of seeing a lot of misinformation.”

Still, on her TikTok bio page, she cautions that her videos are “NOT FINANCIAL ADVICE.”

“Nothing I say should be taken as prescriptive direction,” Tu said. “Personal finance is never one size fits all for everyone.”

Banks Strike Back, but Returns Remain Strong With Fintech