Ethereum price Today – Ethereum’s Layer 2: The Story So Far And What To Expect Next

Home » Ethereum price Today – Ethereum’s Layer 2: The Story So Far And What To Expect Next

Ethereum price Today – Ethereum‘s Layer 2: The Story So Far And What To Expect Next 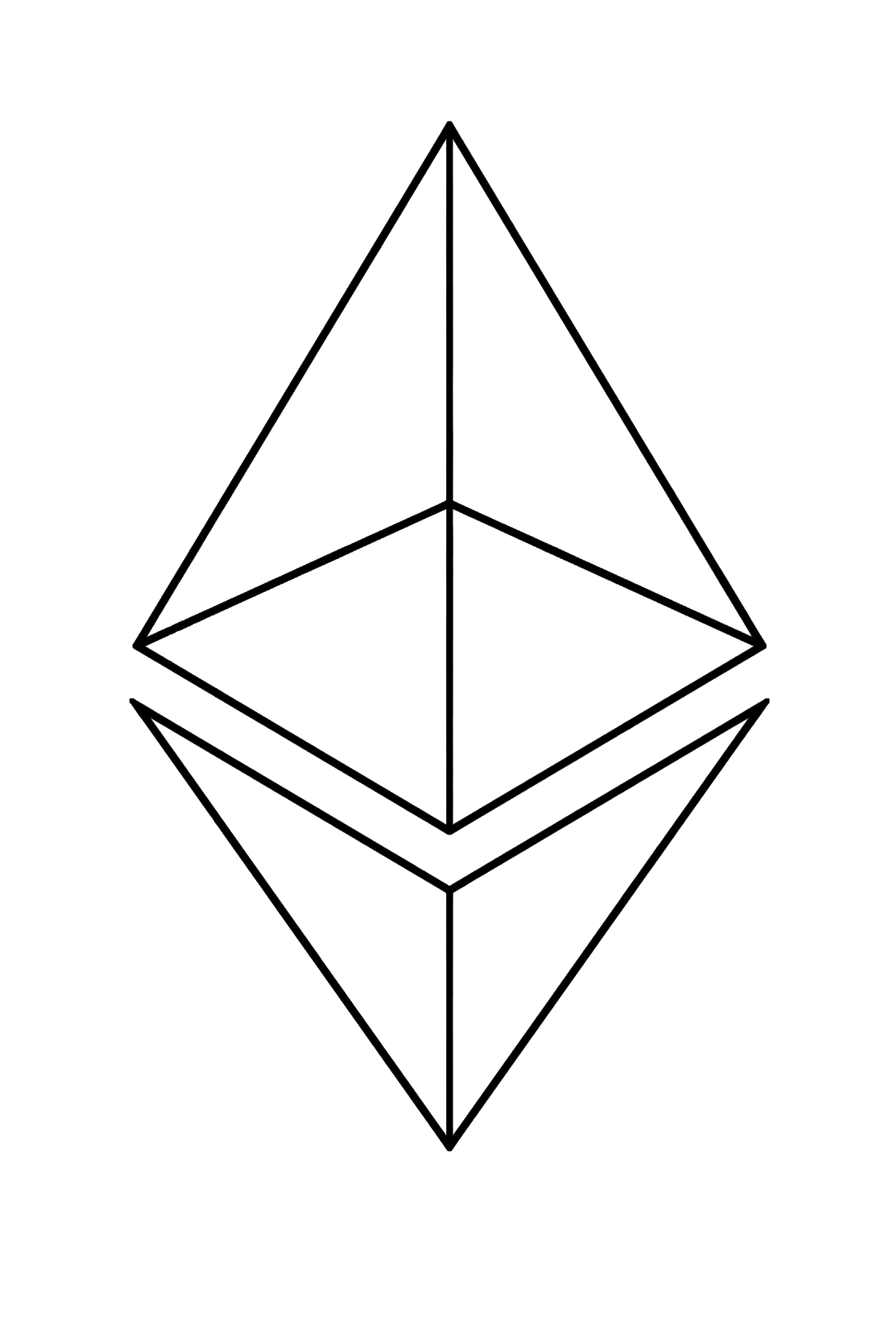 DeFi, crypto and the future of finance
Excited about what technology development brings

Ethereum. It was started in 2015 and since then has indisputably been the most actively used blockchain. Ethereum, according to its description, is a technology that is home to digital money, global payments, and applications.

The community has built a booming digital economy, bold new ways for creators to earn online, and so much more. It is open to everyone, wherever you are in the world- all you need is the Internet.

Ever since its nascence, Ethereum has had a plethora of decentralized applications dApps developed on it, which sparked a boom of decentralized economy and decentralized finance (DeFi). dApps are different from standard web applications, such as Twitter, that run on a computer system owned and operated by an organization, in a way that dAPPs run in a decentralized way- on a network of computers.

It makes a difference because a decentralized ecosystem is free from control and interference by any single authority. We are creating a new model of the economy, which largely depends on computer programs, computing efficiency and relies on the strength of the network rather than on a single entity.

The Ethereum blockchain operates as a distributed computing network that is run by miners. Ethereum miners- computers running software- use their time and computation power to process transactions and produce blocks.

Mining creates a block of transactions to be added to the Ethereum blockchain. For this, miners are rewarded- they earn revenue through a combination of transaction fees and block rewards- newly issued ETH.

Whilst earlier the transaction fees were reasonable, today, users are complaining about the high cost to conduct transactions. High fees mean that there is a high demand for usage, which also causes network congestion and prices out certain users.

The explosion of DeFi applications- lending, investing protocols such as Compound and Aave, decentralized exchanges such as Uniswap and new token launches contributed to a sharp rise in competition for transaction priority. The gas price is dependent on demand block space- for the transaction to be included in the next block.

While this is fantastic for the development of the decentralized economy, increased demand and use of applications, high gas fees in a congested and slow network are creating friction.

At such gas prices, trading at decentralized exchanges (DEX), which are based on Automated Market Makers (AMMs), has become relatively expensive. AMM- based DEXs operate in a framework of smart contracts, that automatically send the tokens to the liquidity pool and then exchange them for the counterpart token from the pair.

When it comes to gas prices, different Ethereum transactions require different amounts of computations. Simple transactions like Ether transfer consume smaller amounts of gas than interacting with a DeFi smart contract. Therefore, trading on decentralized exchanges that are run on smart contracts (AMM) is relatively expensive and imposes a transaction value threshold.

Such friction prices out many users that are not willing to pay high gas fees and eliminates transactions that are not economically viable to be processed under such financial conditions. Furthermore, a wide range of applications can not operate at the current capacity and speed of transaction processing- the Ethereum network processes 30 transactions per second right now.

This is not enough in order to develop an efficient economic and financial network.  Besides that, we have to keep in mind that decentralization and security are the other two components that influence efficiency. We call it the blockchain trilemma: decentralized, scalable, and secure- choose two. Blockchains are often forced to make trade-offs that prevent them from achieving all three aspects.

So, how do we go further and develop the decentralized, computing power-run economy, when we face these challenges? Part of the answer lies in the upgrade of the Ethereum network from 1.0 to 2.0 and it should come soon- likely, by the end of 2021. Ethereum 2.0 will include scaling solutions that vastly increase the number of transactions per second. Also, implementations of changes to the protocol, such as EIP 1559, are set to reduce the gas fees. The times are exciting and we are looking forward to seeing the development of the Ethereum chain as the economic bandwidth.

Ethereum L2 runs on top of Ethereum Layer 1 (L1), which supports the running of the network. Operating on L2 frees up the L1- it takes transactions off the main chain, offloading it to another layer, L2, enabling them to interact, and then recording the remainder of the whole transactions back to L1. Due to transactions being processed off-chain on L2, they benefit from higher transaction processing capacity, faster confirmation times, and lower gas.

In fact, many believe that L2 solutions will be how Ethereum wins over mainstream users. It is estimated that 2,000- 4,000 transactions per second can be processed in L2, which is already in line with Visa processing capabilities- 1,700 transactions per second. Together with the scaling of Layer 1 with Ethereum 2.0 and Layer 2, we are facing a powerful economic bandwidth that Ethereum is set to become.

Layer 2 has a number of solutions, each with its own strengths and weaknesses, and tradeoffs. Transactions can be rolled up in rollups and taken to L2 via Optimistic and ZK rollups, or, sidechain L2 solutions can be implemented. The list of L2 solutions include:

Scaling solutions off- chain also include sidechains, however, it is important to note that sidechains do not inherit the security of Ethereum L1.

To understand in simple terms: while rollups interact with the Ethereum L1 as a province with a country, sidechains operate like a country-to-country agreement. Sidechains operate as a separate blockchain state and have their own consensus mechanisms.

It remains to be seen which solution will get mainstream adoption by the market and it seems that rollups- Optimistic and ZK rollups- will be the winners.

This is because rollups inherit the security features of L1 and therefore can be trusted with a secure consensus mechanism. Rollups seem to be the most sound scaling solution of Ethereum as it does not compromise the security and sovereignty of L1.

In fact, the creator of Ethereun, Vitalik Buterin, says that rollups are the only choice for scalability of Ethereum:

‘In the short term, I just don’t see rollups as being one choice among many things; I see them as being the only choice’

What to expect from Layer 2, what benefits does it bring to an every- day crypto user and Ethereum network-powered economy?

So far the following DeFi applications and decentralized exchanges are implementing or announced the implementation of L2:

L2 will be a dramatic change in the ecosystem and in people’s minds. Today, we are in the early stages of implementing the L2 solutions and you can expect a plethora of applications launching on L2.

During this year and in 2022, L2 will improve, iterate and get better. Expect the L2 ecosystem to evolve in phases: the first phase will bring birth to L2 projects with competing products, while the second phase will shake out the competition.

Trading on L2 DEX is set to bring a completely different experience from trading on L1 DEX- once you are on L2, trading is significantly faster and the gas prices are a number of times cheaper than on L1.

Not only, that- features such as limit orders and leverage trading that some L2 DEX promise, bring more opportunities to the users.

So, how to get to Layer 2, what is the process, and what does it take? This will be answered in the subsequent article focused on the Layer 1- Layer 2 bridge.

Create your free account to unlock your custom reading experience.

Ethereum price Today – Ethereum‘s Layer 2: The Story So Far And What To Expect Next

Earn up to 1,600 miles back when you book American award flights