Home of fintech giants, including payments system vendor Clear2Pay and smart cash-flow forecasting firm CashForce, Belgium recently hosted its annual Digital Week. Held between 24 and 30 September and organized by innovation platform B-Hive, the event brought together a range of not only domestic but also European fintech start-ups, investors and politicians.

A two-day ‘Hackathon’ kicked off proceedings as over twenty enthused start-ups and individual participants competed across two fields.

The first, an ‘Open Track’, saw contestants design a solution that would enable mobile payment to be accepted by the Belgian mass consumer but also by those without a physical bank account, such as the homeless.

The contest was won by Guy De Koninck and Simon Gemin from Banking Buddy, who created an app for people with Alzheimer’s, whereby a prior designated buddy would be notified if there was an unusual usage of their friend’s card.

The World’s Flagship Blockchain Event is Around the Corner

The second, a ‘Company Track’, invited tech enthusiasts to design a platform to identify pattern and fraud detection. It was won by Boltzmann, a machine learning start-up that proposed an algorithm that could give a real-time probability score that any account used in a transaction is a Money Mule – used to commit fraud.

The Hackathon was followed by Digital Finance Europe, a conference day that featured over forty speakers including the Belgian Finance Minister Johan Van Overtveldt, the CEO of the European Banking Federation Wim Mijs and the Director of the National Bank of Belgium, Tim Hermans.

The remainder of the week was taken up by the SuperNova event in Antwerp, which saw over eighty industry disrupters come together to showcase their ideas. Intertwined among the start-ups were more established blue-chip firms, such as Siemens , EY, BNP Paribas Fortis andNokia .

What were these firms doing at a fintech fair dominated by SMEs?

The answer is a relatively simple one – each firm relayed that Belgium was a vital market for business and that they were looking to work with the unique tech firms also presenting at the event.

According to the aforementioned B-Hive, the fifth highest number of fintech deals in Europe in 2017 actually took place in Belgium. Given that the Benelux nation is ranked outside of the continent’s top ten economies according to nominal GDP, its fintech sector can be seen to far outperform what might be expected.

So, what is Belgium’s winning formula?

Much of the success of Belgium’s fintech sector can be attributed to government policy that has directly facilitated start-up growth. The Digital Belgium policy of 2015 is one such example. An initiative aimed at boosting the digital and fintech sectors, it helped create a shelter for tech companies, with some firms reporting that they had reduced their tax bills from between 30-45%. The 2015 Belgian Startup Manifesto is another example, with the Belgian government aiming to create 10,000 start-ups and 100,000 jobs by 2020.

These two pieces of legislation had an immediate effect. In 2015, Belgian fintech firms raised $174 million across 41 deals but by 2016 alone this figure had increased to almost 60 deals, with over $230 million generated.

“Our fiscal environment is one of the major reasons Belgium has become a fintech center,” explains Johan Van Overtveldt, Belgium’s Minister of Finance. “We have succeeded in doing major reforms and bringing basic tax rates down substantially, as well as introducing additional incentives for investment including tax credits and reducing labor costs. These different elements give us a good plate that we can offer to people.” Incidentally, Belgium is also the fastest nation in Europe to open a business, taking a mere four days.

The country also has a special tax regime for foreign executives and provides residency should an individual possess skills not currently available within Belgium. Financial benefits include capped tax-free allowances of up to $34,000, foreign travel exclusion and exemption from social security contributions. These factors have seen a large number of foreign fintech experts moving to Belgium to work. According to the 2018 KOF Index, which measures the openness of a country by assessing the economic and political dimensions of globalization, Belgium is currently the most globalized nation in the world in this sense.

“We believe that every country in Europe and beyond has distinctive assets – there is no point trying to re-create the wheel,” humors Fabian Vandenreydt, the Executive Chairman of B-Hive. “If the UK is very good at this and Portugal is good at this then why don’t we leverage this. We are working very hard to establish a sense of formal collaboration between the fintech industries in Europe and the B-Hive conference is an example of this – partnering with organizations abroad to ensure growth.”

Belgium is also home to a number of the leading European financial and legislative bodies. While the European Union has no official capital, Brussels is home to the European Commission, European Council and a seat of the European Parliament. As a result, when EU lawmakers are looking to introduce new policy surrounding fintech, Brussels can enter into immediate dialogue and react quickly to any proposed changes. 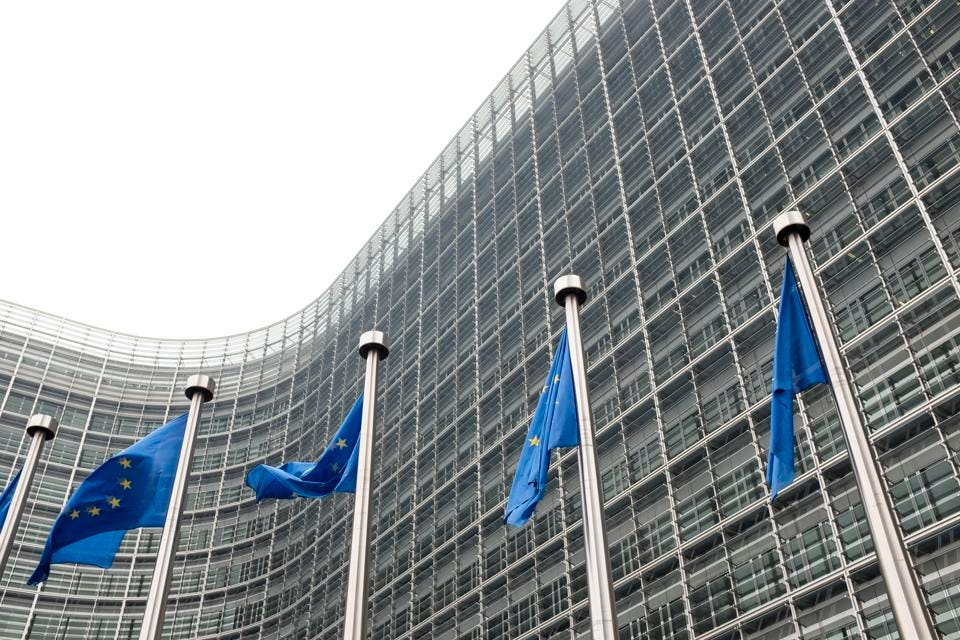 “There is a lot of legislation and regulation coming out of Europe,” explains Van Overtveldt, “and if you are close to the source it gives you the opportunity to discuss with them how things should be regulated or better regulated. The European Commission seems more open to discussions on how best we can establish regulation and being here and being able to talk to them, verify and compare with them is a huge advantage. Even in the 21st Century, physical contact and being able to talk face-to-face brings something extra.”

The presence of major international financial institutions such as securities firm Euroclear and financial messaging company SWIFT, has also acted as anchor firms, attracting fintechs to the country due to the local, on-hand expertise that they provide.

The third major contributing factor is Belgium’s favorable location, as a remarkable 80% of Europe’s purchasing power lies within a 500 mile radius of Brussels. Belgium’s capital can thus be accessed from all of Europe’s major financial centers, such as London, Zurich and Amsterdam, within several hours, making it the perfect place for firms to establish a foothold on the continent.

For example, Lloyd’s of London received regulatory approval from the National Bank of Belgium to establish a subsidiary in Brussels from which to write all their non-life risk insurance across the EEA market. The firm commented that it had chosen Brussels to head its mainland European operations as it was ‘the heart of Europe’. Lloyd’s is certainly not alone, with big-tech company Oracle also recently announcing that it will base its European fintech hub in Brussels, due to its convenient location for European financial institutions and nearby access to the European Commission.

Brexit certainly provides Brussels with enormous opportunity as many fintech firms will look to establish a base in mainland Europe, complementary to or instead of their existing operations in London. Van Overtveldt said that while he has no desire to ‘suck the lifeblood out of London’ he would like Brussels to work in accordance with the city post-Brexit.

“We see ourselves as complimentary so we will work very hard to get more companies who are looking to come to Brussels, companies that are looking for a foothold in mainland Europe,” he explained. “I don’t have the ambition to say forget about London and come to Brussels. If a company feels uncomfortable with Brexit and wants to gain that foothold in Europe, we can be their partner.”

Belgium also has an unprecedented array of top-tier universities for a relatively small country. Seven are listed in the 2018 Shanghai Academic Ranking of World Universities, while 35% of Belgians graduate with a higher-education degree, above the OECD average. Courses are thus not only offered of a high-quality standard but the government has prioritized technical subjects such as engineering and technology or computer science. Students on these courses are also encouraged to gain work experience as they study, with university-industry collaboration in the country ranked as the 9th highest in Europe. This means that Belgian students possessing an interest in fintech are likely graduate with an in-depth working knowledge of the sector.

Given its close proximity to the Netherlands, France and Germany many Belgians are also multi-lingual. Roughly 60% of the population speaks Dutch as a first language with the vast remaining majority speaking French. Furthermore, 38% of the population speaks English as a second language and 22% are proficient German speakers. This makes the country the perfect place for a fintech looking to hire a workforce able to communicate with different industry actors across Europe.

Looking To The Future

Despite their success in establishing Belgium as a European fintech hub, the country’s authorities are by no means content to sit on their laurels. The Digital Week event, for example, saw the launch of a new cyber-security platform called Trusted Fintech while new partnerships are being announced all the time, such as that between B-Hive and Temenos, a Swiss banking software company.

“People come to Brussels because they like the talent pool they find,” concludes Vandenreydt, “Brussels is a big financial center and we provide expertise in niche areas, like fintech or across pension fund securities. It is still not perfect but I think we are making real progress in Europe and now we need to scale it up.”

The World’s Flagship Blockchain Event is Around the Corner

The ISA and CMISA have signed a FinTech collaboration

Charles Schwab Has a $3.6 Trillion Edge on the Fintechs

After Bitmain's IPO Filing, Here's What Everyone Should Know About Crypto Mining

Malta’s Crypto Acts. What does it mean for you?