Facebook – Facebook is planning to change the default settings of breaking news to ON, users (though they’ve not asked for it) will be notified to read stories on the social network / Digital Information World

Home » Facebook – Facebook is planning to change the default settings of breaking news to ON, users (though they’ve not asked for it) will be notified to read stories on the social network / Digital Information World

Facebook – Facebook is planning to change the default settings of breaking news to ON, users (though they’ve not asked for it) will be notified to read stories on the social network / Digital Information World

Facebook is one of the biggest social media platforms in the world with more than 3 billion users where they can post photos, videos, join groups, do business, or they can even get the latest or breaking news. According to a report, about a third of people in the US read the news regularly on Facebook and 53% of people say that they often read different types of news on the social media platforms. Especially, during the COVID-19 pandemic, people spend more time on social media platforms than on TV, therefore, they feel more convenient to read news on Facebook besides just entertainment. One of the major reasons for reading news on Facebook is that people can select the categories of news according to their interests.

Recently, Facebook has decided to change the default notifications settings of breaking news to “ON” for all the users. This news was reported by a social media consultant and industry commentator Matt Navarra in the form of a tweet. Facebook wants to push more breaking stories to users via notifications even though there’s a large percentage who do not read any news on social media and just want to get entertainment and connecting with friends.

Facebook before this change users were able to consume stories in their News Feed which is based on algorithms to show the post to users that are relevant, where user can see the most recent news at the top and vice versa. Matt Navarra also tweeted that he is astonished to see Facebook has not included the “politics” category in personalization settings of news feed topics, it may be possible that the company has forgotten to include this important category that some people may want to select. If Facebook has intentionally not included this category, there could be many reasons for that, maybe the social media platform does not want people to share overly exaggerated or fake political news, or maybe some people altogether hate consuming political content because of its slightly negative nature, well, these are just possibilities. Maybe Facebook again adds this important category in the news feed after some time.

Changing the default settings of notification to ‘ON’ could be good news for those users who do not consume all their feeds to read just a few top stories, however, those user who don’t want extra popups they can simply turn off these notification as suggested in the screenshots below. 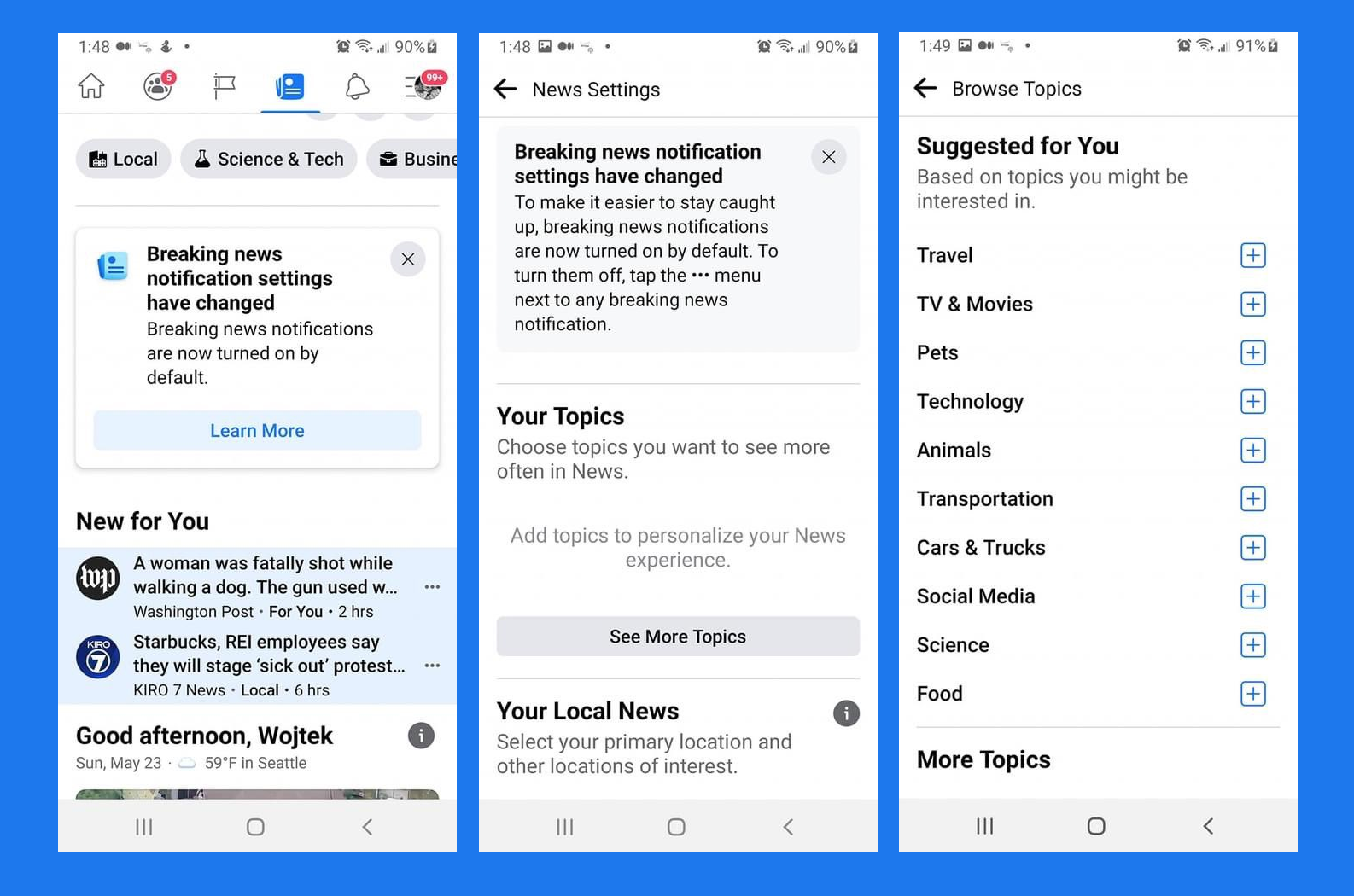 Facebook – Y’all ready to get back to the office this October, Facebook tells staff in the US • The Register